The Ring of Honor Wrestling star’s BASE jumping run went terribly wrong when the his parachute opened with a 180-degree turn and forced the “Darewolf” to crash into the nearby building. The latest in a series of misfortunes doing this activity tacked on a long road to recovery. Two titanium plates were put into his leg and the tip of his finger was torn off by catching a satellite dish.

Black, seen in Lucha Underground and as Justin Gabriel in WWE, developed a new lease on life in the midst of a comeback story. In January, the 39-year-old signed a new ROH contract, fully committing to the company.

With an upcoming episode of the promotion’s weekly series dedicated to his work in the ring and thrill-seeking exploits, we thought this was the perfect time to catch up with the South African transplant.

You are so used to traveling the world and always on the go, what have the last few months been like for you?

PJ Black: What a crazy time we live in. I’ve been trying to stay productive by signing up for some online courses. I don’t watch a lot of TV. I’m not a gamer, so I read a lot of books. I’m busy writing a book myself. I’ve been doing a lot of research. Other than that, trying to stay sane and healthy. Trying to build up the immune system with all these crazy things going around.

Tell me about the book.

The book I’m writing is about biohacking, basically about frequency and vibrations. These courses are just for research. I got seriously injured BASE jumping. They told me at one point I’d never be able to walk or wrestle again. That’s when my journey started. I thought there had to be a way for me to heal myself without conventional, modern day drugs. I started researching holistic and alternative healing. That’s what put me on this path. I heal myself. I’m in the best shape of my life. I just want to share that experience with people and help people. I want them to see there are more ways than pharmaceutical drugs. I have lost so many people on opioids in the last few years. I just refuse to take opioids. There are other methods, but people don’t realize.

When do you expect it to come out?

I was hoping for Christmas, but the more research I do, the more stuff comes out that I want to talk about. Realistically, a year from now. You signed a new deal with Ring of Honor just a few months before the pandemic. With WWE, AEW, Impact continuing to produce shows, what do you think of ROH’s decision to stop running live events and TV tapings?

I think it’s really cool that we are still creating content. I’m not a huge fan of these empty arena shows and matches. For me, wrestling is about the energy and live audience. We feed off that energy. Watching live empty arena matches is really weird to me. I’m glad we don’t do that. We do still have a TV show to produce, so we’re coming up with alternative content.

There is an upcoming ROH TV episode featuring you. Did you have input on what we’re going to see?

I introduce you to three of my favorite matches and talk about my outside hobbies like skydiving, BASE jumping, paragliding , stuff like that. A lot of fans are interested in that and don’t get to see it often. I feel like now is a good time for us to create alternative content to see a different side of us. Wrestling will always be there. Hopefully, things will go back to normal soon. In the meantime, people seem to be enjoying the things Ring of Honor is doing right now. It’s a win for us. They initially chose three matches that I won. I haven’t been there that long, so I haven’t won a lot of big matches. I asked if I could swap one out. Although I didn’t win, I felt like they were some of my favorite matches of all-time.

Is there one ROH match thus far you’re most proud of?

The one on the show is against Bandido. I’ve only wrestled him twice. I think he is a fantastic talent. The way his mind works. The way he moves in the ring. He has this underlying charisma. He does things in the ring most people can not do. You see how far wrestling has come and evolved. I can imagine how far it’s going to evolve a year from now. To me, he reminds me of a young Eddie Guerrero. I know that’s high praise. I believe that in my heart. If he sticks to this path, he is going to become the next Eddie Guerrero.

Ten years ago, you got your big break in WWE as part of Nexus. Looking back, how do you think your mindset has changed in the last decade?

Like anything in life, you go through these ups and downs. You go from being super motivated and confident to setbacks and downfalls. I had that injury where I wasn’t active for two years. I didn’t think I was going to wrestle again. Even before that, I was really stagnant going through the motions. It just became a job to me. Wrestling is one of those things people can see. You have to be passionate about this all the time. Otherwise, you’re not going to be successful. It’s like that with a lot of things. I think the injury for me helped me find my passion for wrestling again and get my life back. They say everything happens for a reason. Who knows if that is true. I feel like it is because I have a completely different outlook on life and wrestling right now. I’m having the most fun. It’s interesting you say that because you hear stories of those who get such severe injuries, and they never perform again. They retire. For you, it was the opposite.

It can go either way. Most people would probably quit right there and find a different career path. I decided to go the other way. They work so hard. For me, it was a mindset. I wanted to get back into it and at least try. I lost a piece of my finger, but they managed to save it. They said it was only one percent possible to save it. The lady doctor did a fantastic job. After two years my nail grew back and is fully functioning again. I can lift weights. I can do stuff again.

Going back to Nexus’ anniversary. I think back to the main event of SummerSlam, sharing the ring with Bret Hart, Chris Jericho, John Cena, Edge, Daniel Bryan,John Morrison and R-Truth. Do you feel the group would have found longer lasting success had it happened in today’s landscape of the business?

Great question, You never know, It’s all a timing thing. It happened because at that time we were all together as NXT started. It would definitely be different if it played out right now, but who knows. The landscape is different now and will forever keep changing. In wrestling, it’s very hard to do something unique. Something is just about always borrowed. There may be these recycled storylines from the olden days. I think at that time we did something completely unique and never been done before. It’s time right now I think for wrestling to do things like that to keep it fresh. We have to keep evolving.

You reached the point where you’re among the veterans in the Ring of Honor locker room. You have worked with Brian Johnson a lot and had a chance to interact with other emerging talent. What has it been like for you?

It has been great. I was always used to being the young guy in the locker room. I started very young. I started at age 15. Now I’m one of the older guys. Coming into Ring of Honor, one of the guys told me they do the 450-splash because of me. I felt really stoked on the inside but old as well. Then I got to wrestle him, I felt these kids have to keep up with me. I can still go. It has been an incredible experience teaching the younger generation what I’ve learned. I’m from the old school. The old school unfortunately is a lost art. That’s the way wrestling evolved, but I feel it’s important to have those old school elements.

That’s why I took on Brian Johnson because he gets it. I’m not saying the younger kids are not talented, but there is a difference between the art of pro wrestling where you can have a good match with anybody. They don’t teach that in wrestling schools anymore, so I’m trying to bring that back. I’m there for the younger talent if they want to come to me and want to learn these old school methods. Old school I know may sound outdated, but the best wrestling coach I ever had was Dr. Tom Prichard. He always used to say what’s old is new, and what’s new is old. Now that I’m older I know it’s a hundred percent true. 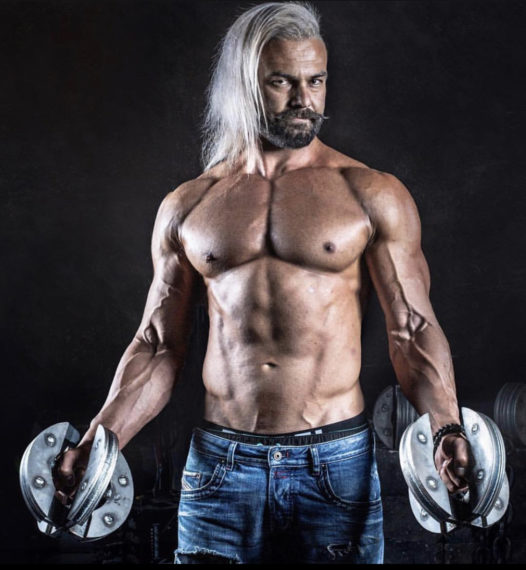 When ROH deems it safe to produce live events and shows again, it has the challenge of building momentum again. What do you think the company can do to succeed?

There are quite a few things. It’s why I signed with ROH because they listen to the talent. If someone has a suggestion, they’ll definitely look into it. The bigger companies’ ideas get shut down immediately unless you are higher up on the card. They have been implementing all these things we think will work. At the end of the day, we are the performers and work in front of the cameras. We often know what will work and what won’t. We have quite a few plans. I don’t want to give any spoilers. There are some really exciting things to come. People will be very excited with some fresh things to come this year. I’m saying this year, but whenever the world goes back to normal.

How does ROH stay connected with its roster and bring about this collaboration?

We’ve been doing weekly Zoom meetings. Right before all this happened, we came together. The office flew us all to the main Sinclair Broadcasting offices in Baltimore to brainstorm ideas. We had a whiteboard of ideas and wrote them down. At the end of the day there were maybe 160 things, and I think we implemented over a hundred of those things. It’s unheard of for that in any company, especially a wrestling one. I came out of it extremely positive for the future of Ring of Honor.