On today’s classic re-airing of The Bold and the Beautiful, Quinn’s (Rena Sofer) plan to keep the amnesia-suffering Liam (Scott Clifton) captive — and away from Steffy (Jacqueline MacInnes Wood) — hits a snag when her son, Wyatt (Darin Brooks), comes to his half-brother’s aid. While Wyatt and Liam have shared many women, the two have mostly stood by each other, as evidenced in today’s episode.

Brooks can also be seen this weekend on an UPtv broadcast of the 2018 movie Groomzilla in which he plays Tucker, a man who becomes overly involved in every last detail of his upcoming wedding to Alyssa (Mad Men‘s Elizabeth Rice).

TV Insider chatted with Brooks about the B&B episode, filming Groomzilla with the late Georgia Engel (The Mary Tyler Moore Show), and how he and wife Kelly Kruger (ex-Mac, The Young and the Restless) are handling being quarantined.

CBS Renews 'The Bold and the Beautiful' Through Season 35

The beloved soap will continue to air new episodes throughout 2022.

These classic B&B re-broadcasts have been a fun treat for viewers. Have you been watching them?

Darin Brooks: I’ve been seeing some of them, but we are getting pre-empted by [local] news! My parents are in a different time zone so they’ve seen them. I love the history of the show, so seeing where it all started has been cool. I love the nostalgia. I think the fans enjoy them, too.

Today’s episode is when Wyatt helps rescue Liam from Quinn, who had been keeping him captive — which ultimately paves the way for a Liam and Steffy reunion.

I remember this episode. I had a great time shooting it. [Wyatt finding Liam] allowed us to turn the tide and be brothers again. I love the way Scott and Rena played that whole story. Quinn falling in love with Liam – Rena committed full on to that. 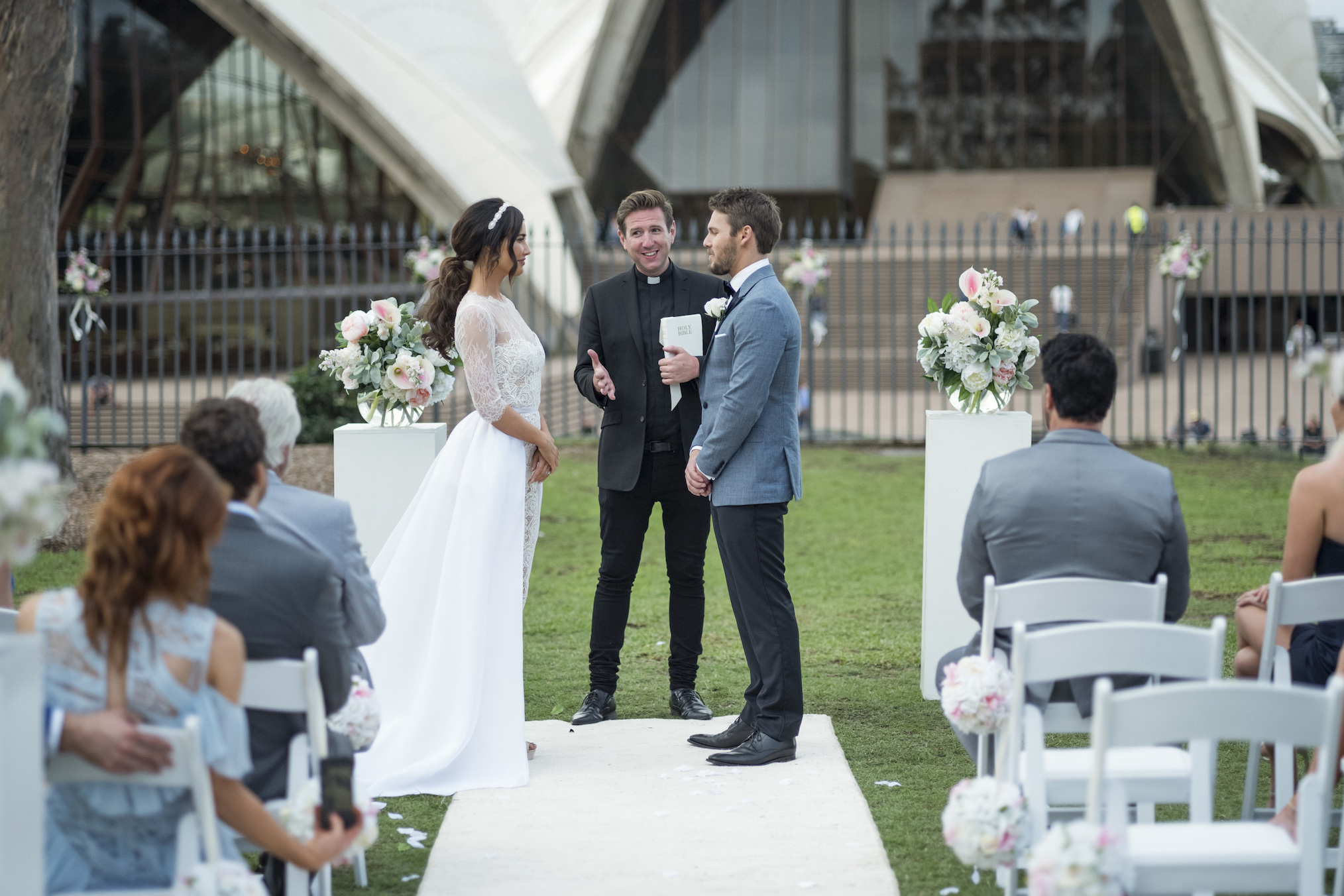 Is there anything you’ve learned from Rena?

Nothing specific is coming to mind, but I think maybe we’ve learned stuff from each other. We had both worked in daytime and in primetime when we came to B&B. When we started to work together, we came up with this beautiful dance between our characters – the overbearing mom and the son who can’t seem to shake that. But they still love each other and would die for one another. We enjoy working together. We’ll find the levels and we banter. I hope we get back to more of that dynamic. I’ve missed working with Rena and having those kinds of scenes.

I will say that there is one thing I’ve learned by watching Rena – she commits to that through line as to who Quinn likes and who she does not. She’ll hammer that square peg into a round hole until it breaks. I love that. She’s great at playing that dynamic where you love to watch what she does so well. It’s why I love watching Jack Nicholson so much. Pretty much everyone but Pam (Alley Mills).

Ha! Well, they don’t seem to let what goes on in respect to loving the same woman affect them too adversely – at least not in the long-run.

Yes. The reason that these two are such great brothers is that, as far as we know, neither grew up with another sibling. Wyatt and Liam didn’t know about [their dad] Bill [Spencer, played by Don Diamont]. Psychologically, the characters have that dynamic in common. Scott and I have talked at length about how family is family. They stick up for each other at the end of the day. I miss the bickering we do and their fighting over something.

In terms of recent storylines, what did you think of the twist that Sally (Courtney Hope) was faking her terminal illness?

I thought it was great. It’s hard in that Sally was going down this path – and how do you recover? We didn’t even know the illness. What Brad [Bell, head writer/executive producer] did that was so great is that he wrote a juicy twist – it makes it so much fun for the actors. There’s so much potential with where we can go with this.

The soap is currently airing reruns amid the ongoing health crisis.

Flo (Katrina Bowden) figured out that Sally (Courtney Hope) isn’t really dying and Dr. Penny Escobar (Monica Ruiz) tried to help keep Flo quiet by hitting her over the head. But just as Sally and Penny were dragging an unconscious Flo away, Wyatt walked through the front door. Did he see what they were up to?

We’re looking forward to jumping back into that story. What did Wyatt see? Only time will tell and you’ll have to tune in to find out.

Let’s talk Groomzilla, in which you play Tucker. It looks like a perfect vehicle for your comedic timing.

Thank you. It’s aired on PixL, but now UPtv has grabbed the rights to it. They picked up a few movies and ours was fortunately one of them. The script was great. It was fun getting to play a ‘groomzilla,’ with everyone looking at you.

How does your character’s bride, Alyssa (Elizabeth Rice), take to Tucker becoming so fixated on every last detail?

Tucker is a good kid, a good guy. He’s been dating Alyssa, but he hadn’t popped the question. He finally does, but he’s always late, a little bit of a slacker. He smooth talks his ways out of problems. Eventually, he’s late to one too many events and she’s like, ‘I just can’t anymore. I wish he’d be serious.’ Then, the magic happens. He does a 180-degree turn.

Totally! They let me ad lib a lot.

Yes. She was so sweet. She was just the sweetest woman on set. I’d do some ad libs and she’d roll with them. She was such a pro, so giving. It’s always great to work with any of the TV greats from classic TV shows.

As 'B&B' re-airs Liam's weddings to Steffy and Hope, Clifton dissects which woman he truly loves.

Yeah. Mark’s got that gruff edge on the outside but we did a lot of joking between takes. He’d be keeping this straight face because he was this hard-edge dad, but off-screen he is so funny. I had met the movie’s writer Darren O’Hare. He came to set and said, ‘You’re funny. I wrote this about my wedding because I kind of went down this path – only not to this length.’ He said I was playing it beautifully. I said, ‘Dude, that’s so cool!’ He had come up to set about a week into production so it was great to get that feedback early on.

How are you and Kelly handling the quarantine?

It’s hard, but our dog, Chance, is loving it because we’re around every day. It’s scary though, because we don’t know what’s going on. I am appreciating the time I have at home and that I’m getting to spend even more time with [infant daughter] Everleigh. She’s rolling around now and she’s pushing herself up. She’s on the verge of crawling and I’m making noises and she’s copying me. It’s amazing. She’s the cutest little thing. Not to brag or anything, but we made one cute [expletive] baby!