Amazon Prime Video’s twisty drama Homecoming returns for Season 2 on May 22 and it’s offering up more thrills as the story dives deeper into the inner workings of the Geist Corporation.

As viewers will recall, the series — which starred Julia Roberts in Season 1 (she returns only as an executive producer) — unveiled Homecoming as a secret operation to rehabilitate PTSD-stricken soldiers by serving them up memory-erasing meds. But there was more to the mystery as teased in the season’s final moments, when Hong Chau‘s Audrey Temple, a Geist employee, is seen rubbing some form of the drug into her hands and wrists. “The stakes are raised in the second season,” Chau says. “It feels a little bit more heart-pounding, and I think that that was what the writers wanted to challenge themselves to do,” she adds. “To create a much more heightened atmosphere and consequences for the characters.” So, what are these “consequences”? What is Geist really up to? Will Walter Cruz (Stephan James) recall his history with the program? And where does new protagonist Jackie (Janelle Monáe) fit into this world? These are all questions that Season 2 raises, and Chau’s teasing answers to some of them below.

The last time fans saw Audrey, she was rubbing the mysterious mind-erasing drug from Geist on her wrists. How quickly will they get answers to the questions that raised in Season 1?

I think the writers, Micah Bloomberg and Eli Horowitz, did a great job in the second season of answering all of those questions that they set up in the first season. They answered them over the course of seven episodes and teased out the information in a very intriguing way. There’s a lot of toggling back and forth in terms of memory and time, which was really interesting. We will find out what the mysterious red stuff in the tube was that Audrey was slathering all over her wrists. We also find out more about the Geist Corporation and the scope of the work that it does and [more about] the CEO and founder, Leonard Geist, who is played by the great Chris Cooper. Audrey comes across as confident and composed in Season 1, but that’s not entirely the case in Season 2. What can you tease about the version of Audrey viewers meet this time around?

Yeah, that really threw me for a loop when I read the episodes for the second season. I just assumed that we would see Audrey Temple go on this rampage and just continue to chop heads, which would have been really fun. But I think it was more interesting to actually take a step back and see a very insecure and self-doubting version of Audrey Temple. And it’s probably closer to the one that we first saw who was sitting at the reception desk and wasn’t a big power player.

You don’t often see that, and I thought it was interesting that the writers chose to make this a major character because the world is populated by people like Audrey Temple who are just trying to figure out their way in the world. No matter what it is, you can’t really say somebody is silly for wanting to rise up at their jewelry company or whatever. Everybody, no matter what their profession is, wants to have a bigger impact and wants to be able to show off their ideas, and that’s who Audrey Temple is. She’s a person who’s very capable but underrated. Roush Review: An Unforgettable Memory Puzzle in a Return to 'Homecoming'

Janelle Monáe's character wakes with no memory — but what's her connection to Stephan James' Walter?

Taking that into consideration, is Audrey a villain with impure intentions, or is she just someone motivated by doing the best she can in her field?

The way that I chose to play her is that she is a good person and just being swayed by the different voices and influences around her. It’s no different from any of us in real life where we have our parents and our spouses or significant others telling us, “Oh, you should do this or you should do that or you’d be dumb not to take that offer that somebody made you.” It’s really hard when you’re trying to figure out what the right decision or move is. I think all of us are inherently good people who are just swayed by the wrong voices sometimes.

There are a lot of new cast additions including Joan Cusack, Janelle Monáe and Chris Cooper. What was it like getting to expand the Homecoming world by working with them?

I loved getting to work with Joan Cusack and I thought that her character, Francine Bunda, was very interesting. I think Audrey Temple really gravitated towards her because she was that brash, take no guff kind of woman that she really admires. Francine Bunda is a woman who is thriving in a typically male-dominated field, the military. It was just so wild for me to see Joan Cusack in a military uniform because I think she’s known mainly for her comedic work and she’s so wonderful and adept at doing both drama and comedy. I hope I get to work with her again in the future because I just really adore her. And the other person that I had the great pleasure of working with is Chris Cooper and he plays Leonard Geist. And that is another character who Audrey gravitates to because as important as he is, even though he’s the head of the corporation, for some reason, she feels like she might be able to have an in with him because he sees how unconventional she is. He’s a straight shooter, somebody who can see and appreciate hard work, not like the other people at the company who’s all about image and being flashy. He’s really just about getting down to the nuts and bolts and being practical about things.

How does Season 2 mesh into the story depicted in Season 1?

We will definitely learn more about the Geist Corporation and what it does. We will learn about what happens to Walter Cruz’s character, because there was a little bit of a cliffhanger at the end of Season 1 in terms of memory and what he remembers. And also, we find out more about my character and what happens after in that conference room with Bobby Cannavale. 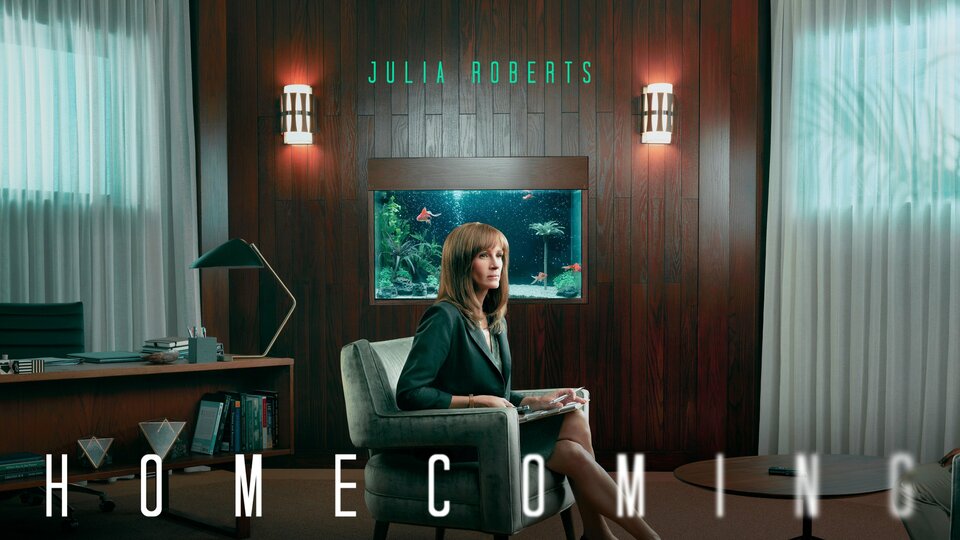