So we’re watching billions of hours of television during quarantine, but what kind of TV are we watching exactly? Reelgood, a U.S.-based TV streaming search engine, delved deeper into our quarantine viewing habits, discovering the TV shows we’re starting, the shows we’re relying on for comedic relief, and the TV genres that are gaining or losing popularity.

For starters, the company revealed the top 20 TV shows that users are watching for the first while quarantined, i.e. since March 16 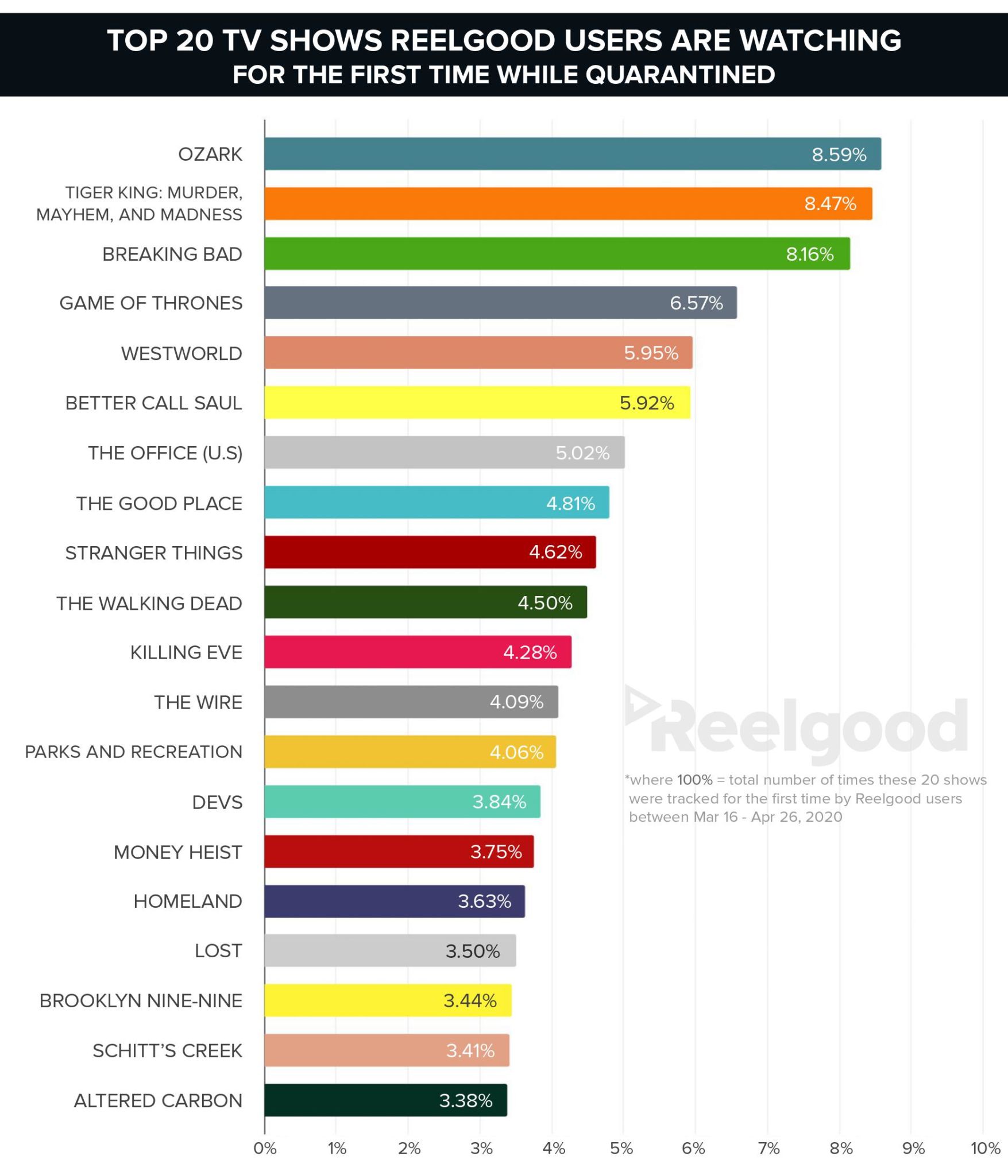 Viewers aren’t shying away from heavy drama: Ozark tops the list, with The Wire, Money Heist, Homeland not far behind; and Breaking Bad and its spinoff, Better Call Saul, rank high on the list. (On the stranger-than-fiction side of things, Tiger King comes in at #2.) There’s also a strong showing of genre viewing—think Game of Thrones, Westworld, Stranger Things, Lost, and Altered Carbon. Then there’s lighter fare: The Office, The Good Place, Brooklyn Nine-Nine, and Schitt’s Creek are included in the lineup.

Speaking of feel-good viewing, Reelgood also ranked the top “light” TV shows viewers are turning to during quarantine. Again, The Office, The Good Place, Brooklyn Nine-Nine, and Schitt’s Creek are included; but Rick and Morty, Community, and The Simpsons are high on the list, as well, suggesting viewers are returning to these older favorites. The list also includes brand new shows, including I Am Not Okay With This, Upload, Dave, and—fittingly—Feel Good. As for genres as a whole, Reelgood tracked the change in streaming activity for various categories pre- and post-quarantine, finding that animation, family, cult, music/musical, fantasy, and sci-fi got big boosts. On the other end of the spectrum, war, history, horror, romance, and even crime saw drops in viewership. (Apparently, Tiger King can only pull so much weight!) Altered Carbon where to stream