A virtual one-off special reuniting the cast of NBC’s sitcom Parks and Recreation was a big hit with viewers on Thursday’s primetime broadcast schedule, taking the night in the valued 18-49 demographic. The special reunited the entire cast for a virtual scripted episode of the beloved series. Prior to the special, the Paley Center Salutes Parks and Recreation special also scored well, coming in second in the 18-49 demo in the 8 pm timeslot. 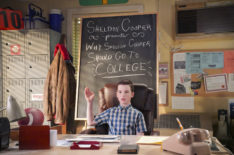 Also, is the romance between MeeMaw and Dale really off for good, or could we see Craig T. Nelson back next season?

Here’s the breakdown for Thursday, April 30, 2020 (numbers are fast-affiliate based):