Your next animated binge is on the way with Apple TV+’s Central Park, a new musical comedy from the Bob’s Burgers team of Loren Bouchard and Nora Smith, along with Josh Gad. And the co-creators are giving TV Insider a preview of what to expect, along with a first look at the brand new key art featuring a crazy cast of characters.

The action follows the Tillermans, “a tight-knit and loving family who are just like any of us except that they live in a makeshift ‘castle’ in the middle of Central Park,” Bouchard and Gad tell us. Owen Tillerman is the caretaker of the park and his “supportive and feisty family go along with all that comes with that task.” Owen’s wife Paige “is a frenzied newspaper journalist by day and doting mother by night.” Meanwhile, their daughter Molly is 13 and an aspiring comic book artist, while son Cole is 11, loves animals, and “roams free in the park like a squirrel.”

Together they’ll face the threat of Bitsy Brandenham a hotel heiress plotting to buy Central Park and build condos “all while barking orders at her long-suffering assistant Helen,” who has her own agenda to get into Bitsy’s will and inherit her fortune. Get your first look at Apple TV+'s crazy new musical cartoon, cooked up by the folks behind 'Bob's Burgers.'

Just how musical does it get? “Our hope from the beginning was that we would create a true musical in every sense of the word,” Bouchard and Gad share. “We didn’t simply want a show with music or a show that spoofed music, but a show that allowed our characters to sing because they had to in order to express where they are in our stories.

On average, each episode contains four musical numbers, and the co-creators detail that they “gave each one of them our love and attention as if they were one of our children.” A lot goes into creating the showstopping numbers, beginning with the creative team figuring out which moments should be expressed through music, followed by determining which songwriter is the best fit for that song. “We’re spoiled by choices there between our in-house composers like the brilliant Kate Anderson and Elyssa Samsel and Brent Knopf and our guest songwriters,” Gad and Bouchard gush.

“Next, our incredible cast records the songs, and our music production team create their next-level arrangements and record all the players. We try to use real instruments whenever possible to make sure the music of Central Park sounds as good as the vocalists,” the two continue.

Among the voice stars in this quirky comedy? Gad as lovable narrator Birdie, who’s “not quite reliable or even good at his job,” Gad’s Frozen costar Kristen Bell as Molly, Leslie Odom Jr. as Owen, Kathryn Hahn as Paige, Tituss Burgess as Cole, Stanley Tucci as Bitsy Brandenham, and Daveed Diggs as Helen. All of these characters are brought to life visually via a team of talented designers, board artists, and animators, all led by executive producer Janelle Momary. And it wasn’t a quick process — creating the episodes from start to finish was an eight-month project. The Fraggles Return in 'Fraggle Rock: Rock On!' for Apple TV+

Gobo, Red, Boober, Mokey, Wembley and more are back!

Central Park comes from an idea that stemmed from a pitch meeting about two plus years ago, Bouchard and Gad reveal. “We knew we loved the idea of teaming up on a musical series set in Central Park. Then we took that basic concept and chewed and chewed on it to see what and who the show wanted to be about.

“In the end, the idea of a family that stood for something — in this case, an important but fragile public place full of plants and trees that exists for everyone — seemed like the right story to tell,” Bouchard and Gad conclude.

Check out their version of the important but fragile public place when Central Park debuts with three episodes Friday, May 29 on Apple TV+. Additional episodes will be added weekly on the streaming platform. Bouchard created, writes and executive produces the series alongside Gad and Smith, and Sanjay Shah and Halsted Sullivan also serve as executive producers. The show hails from 20th Century Fox Television. 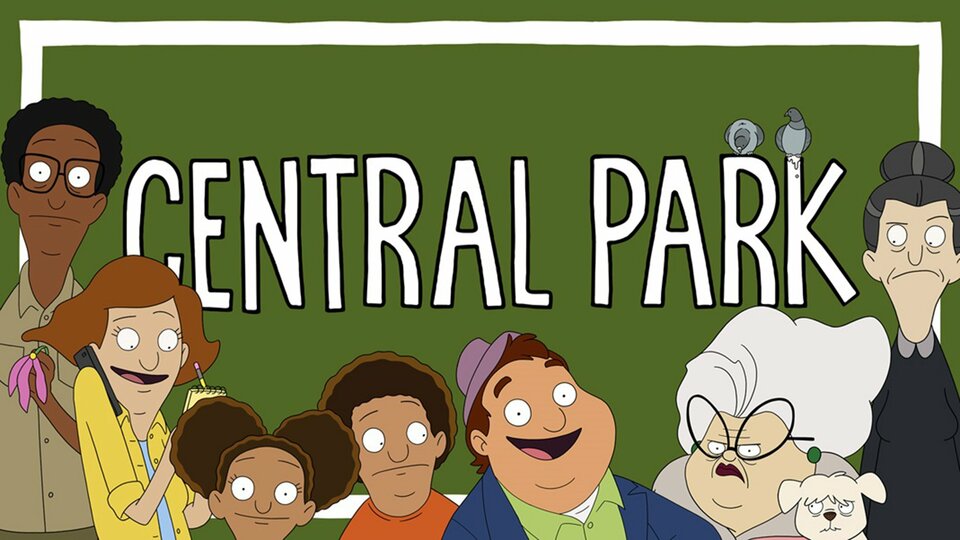