It was an episode full of decisions for Hannah (Necar Zadegan), as she dug into Deputy Director Van Cleef’s (Richard Thomas) past on NCIS: New Orleans.

“Predators” was the last episode filmed for the season before production shut down, and it certainly ended on a finale-worthy note. Hannah discovered a pattern of behavior that proved Van Cleef has a problem with female field agents; after he demoted another, Maya, and made sure she couldn’t get a job in the same field by revoking her clearance, she became depressed and died in a car accident. Her sister knew he was the reason she was dead.

Furthermore, Carter (Charles Michael Davis) looked into Hannah’s own past with Van Cleef: an informant’s identity was leaked seven years ago, and that man was killed. Van Cleef placed the blame on Hannah; he hadn’t wanted to use local resources on the op, but she knew their value. However, as Carter discovered, with the help of Patton’s (Daryl “Chill” Mitchell) expertise, Van Cleef was the one to leak the informant’s identity.

Hannah confronted Van Cleef and gave him a choice: resign, or she’d come clean and be at the Senate hearing for his promotion to Chief of Naval Operations. He chose the former, but he showed up at her house in the final scene.

“You think you’re going to win, don’t you? Trying to prove some kind of point, right?” he asks. “No matter how many of you crawl out of the woodwork to claw at me, it won’t make any difference, because I’ve spent too many years working my way up the ladder.” She warned him to leave or she’d call the cops before going inside. 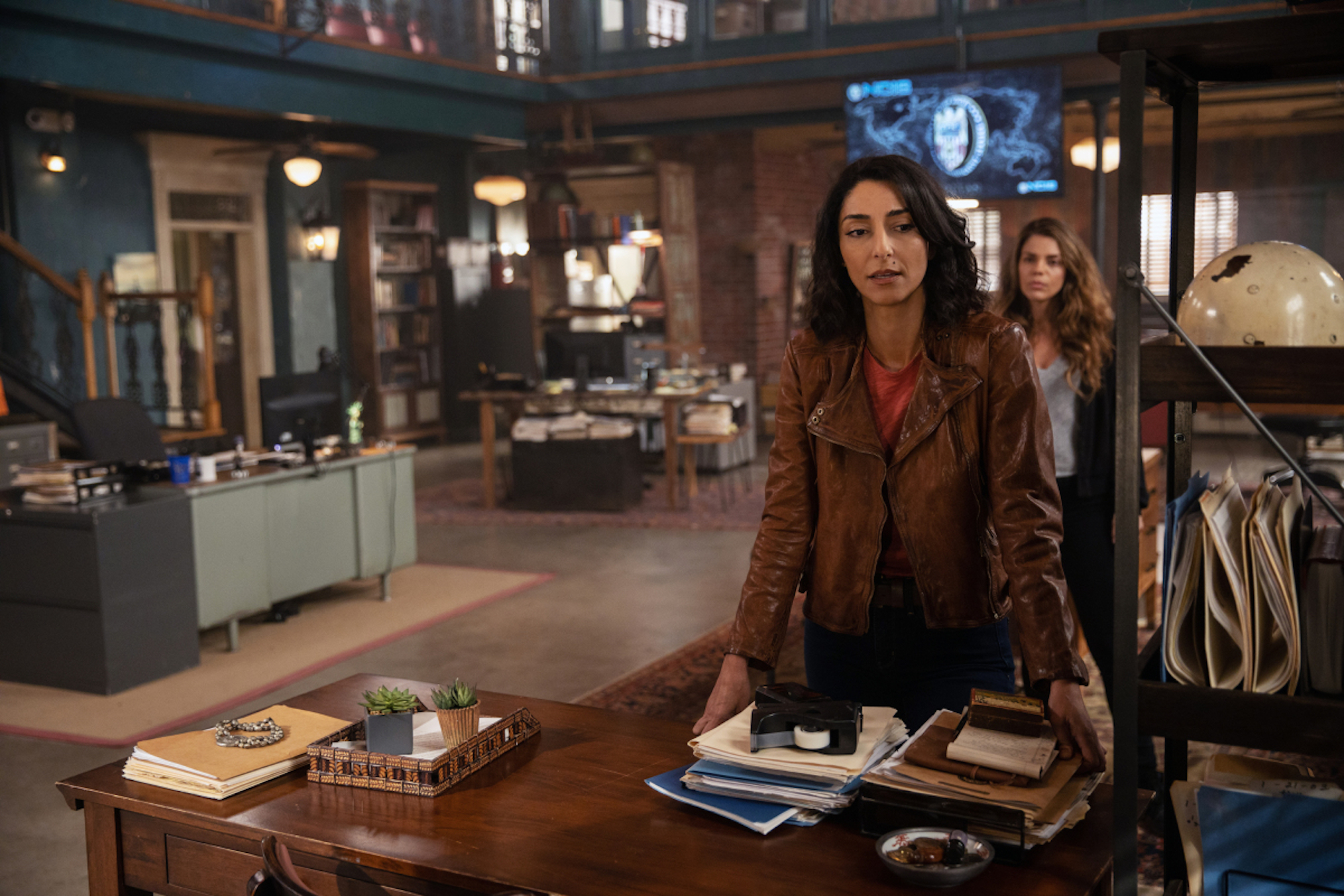 Here, Zadegan takes us inside this storyline and looks back on this season.

How worried should we be about Hannah and what Van Cleef can do to her? After all, Carter mentioned that he’s a powerful man with powerful friends and could hurt her — and now I’m worried that means her career and possibly physically?

Necar Zadegan: This is a wonderful character and a wonderful story arc in this time for all the reasons you mentioned, specifically career-wise. In our show, with regards to the concerns career-wise, the writers wanted to tackle that in a really real way and my character’s a great character to be able to do that with because she’s such a self-aware, self-made woman who’s worked really hard to achieve the status that she has. It’s a character who has the added weight of having family and a child to be concerned with that affect her career decisions. So when somebody comes and attacks your livelihood and you’re not just responsible for yourself, you’re responsible for people you love, it’s really threatening.

The character of Van Cleef is played by a wonderful actor, Richard Thomas. [He’s] a really experienced, wonderful, warm man in real life who has nothing but compassion for the Hannah storyline and meanwhile is playing the evildoer in this scenario. It’s easy for me to play it with him. It’s very comfortable, and we have a really wonderful working relationship. But the character is being discovered more and more by Hannah and the rest of the team as the story is delivered. Obviously this is a man in a position of strength you wouldn’t have necessarily expected to do these things. When people wouldn’t do those things themselves, it’s hard to just suddenly suspect someone else of doing them. It’s an interesting story point. But yeah, there’s a lot of danger. It’s very dangerous, we’ll find out.

Take us inside Hannah’s mind as she decides to go after Van Cleef. She has this past with him, then she finds out he’s responsible for her informant’s murder. And there are all these other women whose careers he’s ruined and he’s even responsible for one of their deaths….

Yeah, it is a crazy situation. It becomes something for the character of Hannah that she suddenly realizes is bigger than her. A lot of what moves her as the story progresses is the realization of the responsibility moving outside of just herself into something that’s affecting so many other people.

Then she has to decide whether or not to take that risk because the risks are great, like you said. They’re definitely probably going to affect her career because they already have. She’s been demoted at the beginning of the season and decides to stay because of her daughter. Her livelihood has been attacked, her reputation has been attacked, but she has this little girl that she has to take care of and puts those things aside and on the back burner and swallows her pride because of this great responsibility and great love she has for her family. It’s only when she recognizes the true danger of a man like this in his position that she decides to risk it all for this greater good. 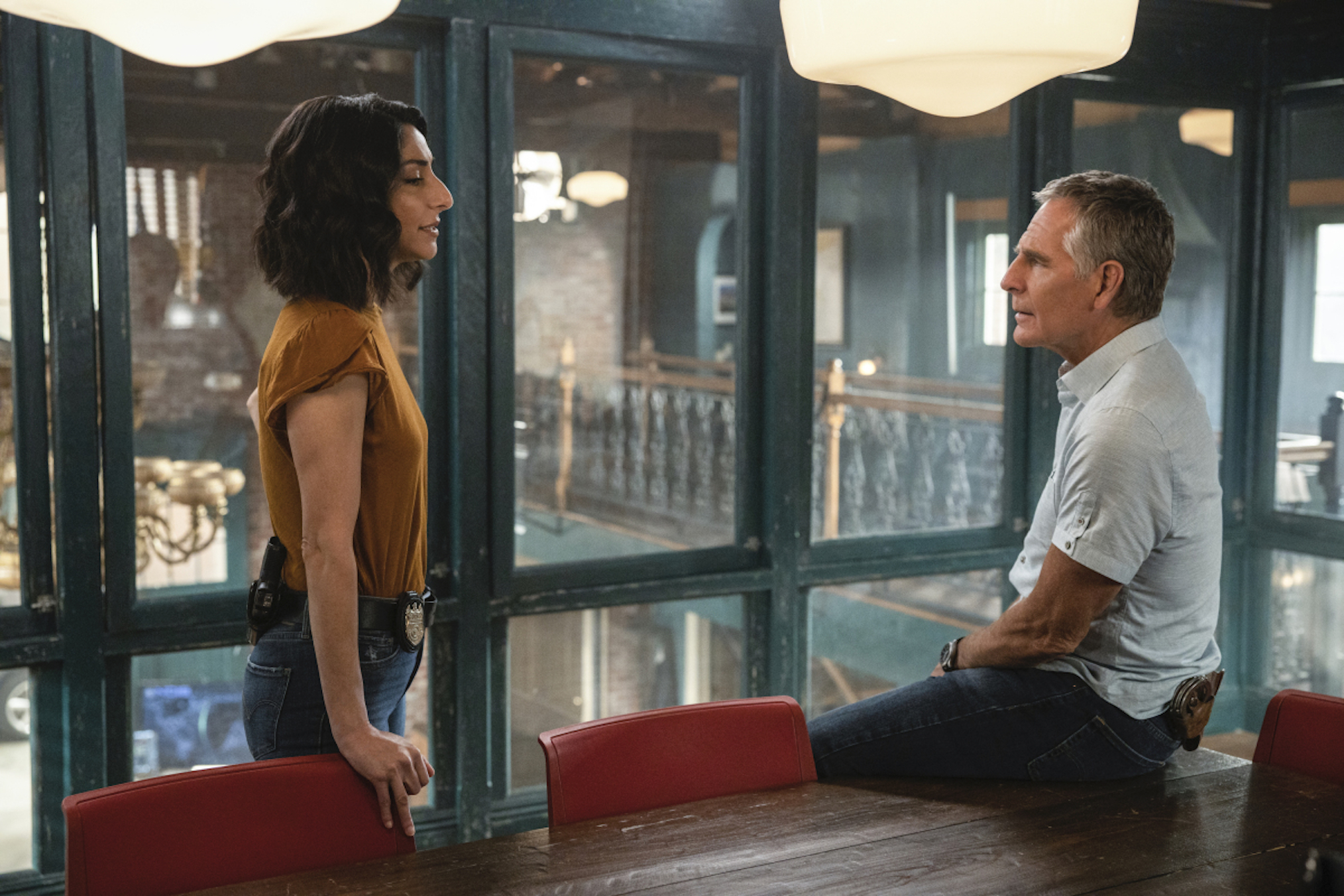 But it also has to feel satisfying to stand up to him after the start of the season and learning about their history. How much did she need to do this for herself, too?

In a show that moves so fast-paced like ours does, sometimes it’s harder to really live in these particular kinds of emotions with the characters. It’s a story-focused show — as they call procedurals — as opposed to a character-driven drama, and that’s what the show is very much.

But Scott Bakula‘s a wonderful actor I enjoy working with very much and there’s a couple moments we were able to carve out within this storyline with Van Cleef where we were able to take those moments and, you’re right, live in the moments of that personal gain, the moments where the characters feel, like you’re saying, that personal satisfaction and working with Scott always enables one to have those moments.

Luckily, Gordon Lonsdale, who is our DP, was our director, and knows the characters, the stories very well, because he’s on with every episode with us. He allowed that moment to really live as well. As actors, we live for those moments, too. Charles Michael Davis made his debut as the new team member in 'The Man in the Red Suit.'

And how much did it mean to her that the team had her back? And that every time Van Cleef tried to look to Pride to handle it, he let Hannah take the lead?

Yeah, I really appreciated them wanting to do that, too. The character of Pride and also the way that Scott plays the character of Pride is always someone who brings the team together and always someone who’s committed to his team above all else. There’s a family element and a camaraderie within the agents. Certainly for a character like Hannah that’s come to this group after many, many years of being alone in her missions, it’s a new sense of security that feels really, really good, and we get to celebrate that on the show a lot.

Carter joined them for ostensibly one drink, but will this be a turning point for him and the rest of the team? Hannah used to be the new person, and now he is.

Yeah. The writers are doing a really beautiful job of bringing Carter in in a really different way than any of the other characters. He came in obviously after we lost a character that was beloved. This definitely gave the writers an opportunity to bring in a character that was going to build a different dynamic with us and within the other characters’ relationships, too. It’s been wonderful working with Charles. He’s just such a lovely man and a lovely actor. He definitely brings a new dynamic to set. Hannah’s character, you’re right, was the newbie, and it’s really cool to get to watch her help him ease in amidst his own difficulties with regards to joining a new team. She shares that with him. They share a lot in terms of that loneliness that they came from. We’re getting the opportunity in small scenes to build that relationship. It’s really cool.

This hasn’t been an easy season for Hannah personally, either. She met her ex’s new girlfriend, who’s getting involved in her daughter’s life. How is she feeling about her family life right now?

I’m really glad when the writers bring those story arcs into the story. I love working with the actors who play my TV family, Hal Ozsan and Venus Ariel. They always bring so much to all the scenes, and we work really, really well together. This dynamic of a career woman who’s had a hard time bringing a balance between her career and her family is such a real and relatable story, for me, for all women, so it’s really lovely to be able to weave that into her storyline. It’s a really hard place for the character, and it’s not going to be something that works out for her. The team's case involved a man impersonating the dead agent.

Looking back on the season, the team suffered a major loss and there was that case after with the man using his identity to reopen that wound. Can you talk about the team dealing with Lasalle’s death and going forward?

Yeah, it’s so sad. We loved working with Lucas. He’s such a wonderful actor. I have such respect for Lucas. He’s a family man, and I love that, and his family is beautiful. I’ve had the opportunity to get to know him while we were working together, so it was very sad to see him go, but he wanted to spend more time with his family. I have nothing but respect for that.

It definitely left a hole in the story with regards to his character because his character was an original and a beloved character for the show and a lot of the story was built around him. Which, because of all those reasons, actually gives an opportunity to make great drama because a loss like that is important and so the writers were smart to build stories around it. 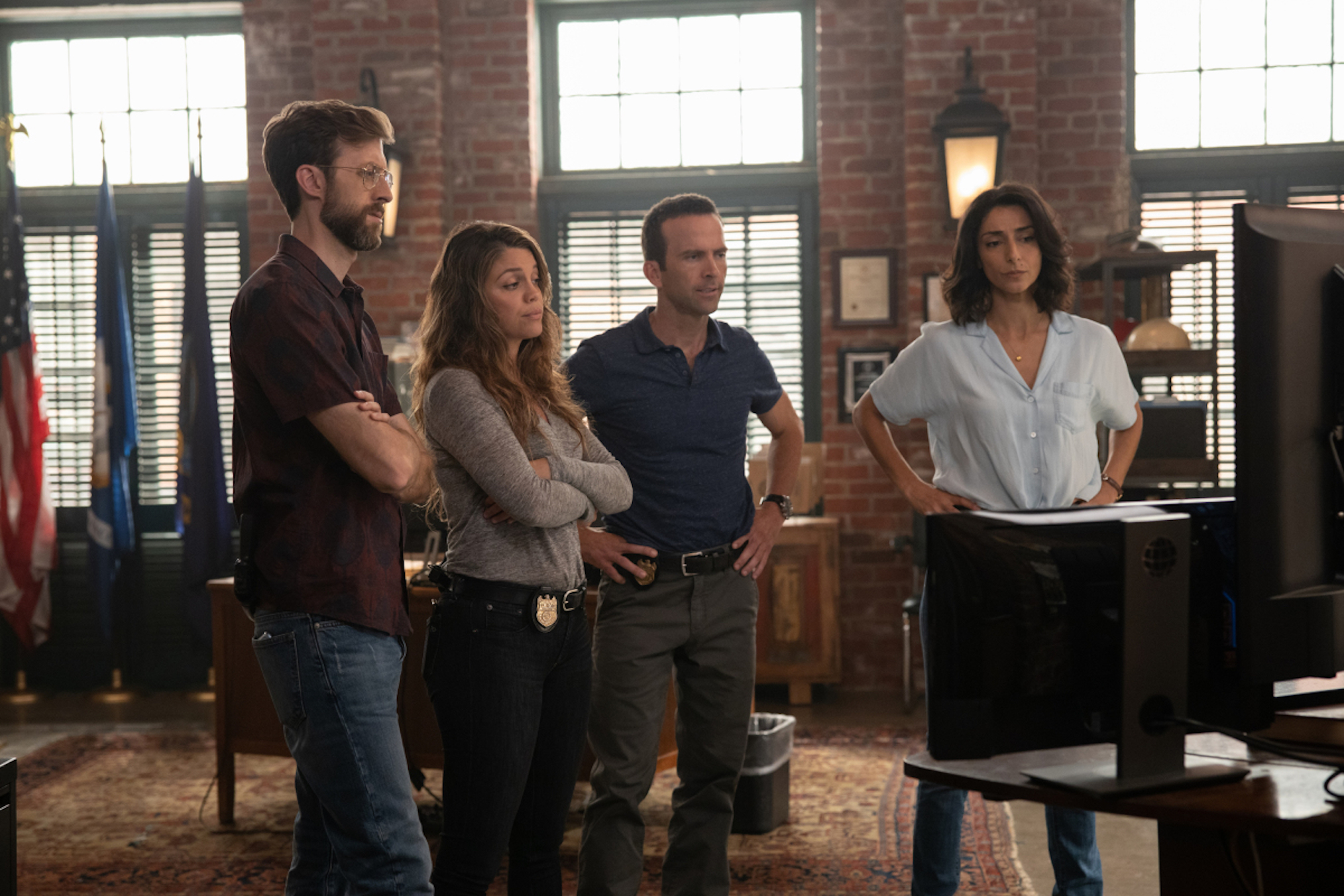 That particular story that you’re talking about gave an opportunity for the ghost of Lasalle to really, really take a role instead of just being missed in their hearts. We were able to see how he was really missed also just in the dynamic between the characters. We have Carter now to fill that void and build a new story within that. So great drama can be made from these types of losses as well.