Perry Mason is the only man for the job in 1930s Los Angeles in the new HBO drama.

Perry Mason, with Emmy winner Matthew Rhys in the titular role, premieres Sunday, June 21, at 9/8c, and the teaser offers a look at just what’s coming his way.

“I don’t like it here. Everybody’s up to something,” Perry says. “Hiding something. Everybody’s got an angle. And everybody is guilty.”

Watch the video below to see Tatiana Maslany, John Lithgow, and Robert Patrick — whose character brings Perry in to investigate because he doesn’t trust the LAPD to do the job — in their roles.

The series, based on the characters created by author Erle Stanley Gardner, follows the origins of American fiction’s most legendary criminal defense lawyer. It is set in 1931 Los Angeles, which is booming while the rest of the country struggles through the Great Depression. But amidst the oil, Olympic Games, talking pictures, and evangelical fervor is a horrible crime: a child kidnapping.

“When the case of the decade breaks down his door, Mason’s relentless pursuit of the truth reveals a fractured city and just maybe, a pathway to redemption for himself,” the logline teases. 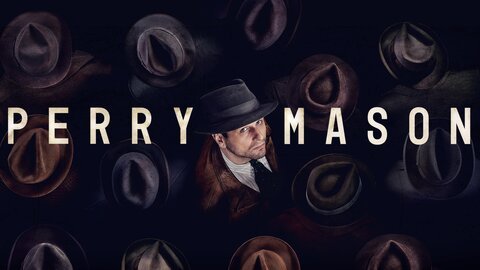 Perry Mason where to stream