On the ambitious seven-episode series he cocreated with Ian Brennan (The Politician), Murphy marries the glamour of 1940s Los Angeles with its seedier side, as established stars like Vivien Leigh (Katie McGuinness) rub elbows with fictional up-and-comers, including aspiring actor Jack Castello (David Corenswet, below, with Patti LuPone), who’ll do anything to get a foot in the door. Ryan Murphy's valentine to the movie capitol of veers from cynicism to cornball schmaltz in its account of young newcomers hoping to make it big in the 1940s.

The visually stunning series imagines a world where the industry’s antiquated rules — such as casting minorities only in supporting roles — were bent, and changed the world in the process.

“There’s a lot of fun to be had with that,” explains Darren Criss, who plays new director Raymond Ainsley. He breaks ground by casting his girlfriend, African American actress Camille Washington (Laura Harrier), in a lead role for his major studio film. “Dreams come true, but at what cost?” teases Criss, also an executive producer on the series. As with most of Murphy’s projects (American Horror Story, etc.), Hollywood features an impressive ensemble, including LuPone as the wife of a studio exec played by Rob Reiner, Jim Parsons as a smarmy agent and Queen Latifah as Oscar-winning actress Hattie McDaniel.

Here, Criss clues us in on more.

There’s a great mix of real Hollywood lore with fictional characters and situations in the show. What did you make of that?

Darren Criss: It is sort of a Hollywood-ization of Hollywood itself, or the Ryan Murphy version of that fantasy. I hope people watching it go in taking it with a grain of salt that this isn’t sort of a grand expose of the time, or some sort of factual recounting. I think that it will become very clear from the tone that things happen [in the show] that, clearly, didn’t happen, otherwise you would’ve heard about it. It becomes pretty clear that this is, again, Hollywood getting the Hollywood treatment. The show is also about being an outsider and we see a lot of characters working their way into Hollywood. How is Raymond an outsider?

He sees himself as an outsider, which is usually ground zero for anybody feeling isolated but in Raymond’s case, he has a bit of a chip on his shoulder for being of half-Asian descent, which I think is just something that Ryan has always been interested in, especially being white passing. When we first started talking about the Versace series, he took a keen interest in me being half-Filipino and not looking like it. And that was kind of a big part of Andrew [Cunanan’s] own makeup as a person and as a genetic person as well.

[In Hollywood], Raymond has made himself to feel like there’s a part of him that is responsible for helping those that don’t have this free pass and he wants to be able to use his art form as a means of being a social justice warrior, and looking out for other people who didn’t have the same strange leg-up in a way. Like a lot of the characters in the show, is Raymond going to have to step over some of his moral lines to get what he wants or to follow those dreams?

Raymond is prepared to do what he must. But in the same vein, what’s really charming to watch about young ambition is that young people can get in over their head when they want something. They want something so bad that they’ll say yes to anything, and then suddenly they wake up, and they realize, “Oh, my God, what have I gotten myself into?”

And watching somebody as level-headed, seemingly, as Raymond, means that he makes decisions that now he has to take responsibility for. And that happens throughout the series, where it’s a charming journey to go on, because any young person can attest to always wanting something, and then realizing, “Oh, wait, I have to do what in order to get that?”

And tell me about wearing those fabulous clothes, because I was very envious of the suits, and the ties, just all of that. How was it for you?

I don’t know when the last time you wore a high-waisted pant was but if you ever want to walk like a gentleman in the 1940s, you hike up those pants, you tuck in that shirt, and you will hold your cigarette differently, and you will talk like Cary Grant. It just happens to you. So a lot of the famously impeccable work of the Ryan Murphy television design team really elevated, I think, everybody in the way that they carry themselves in the way that they perform, because it’s just an instant time machine. So that was just so fun. I felt right at home.

With so many Broadway musical vets in the show, yourself included, safe to say there was some singing when the cameras stopped filming?

100 percent. It was constant. It was absolutely constant. If we’re going to use Patti as an example, there was a late night after the George Cukor party [in the show], where everyone’s driving back in the van, and everyone’s really tired because it was a really long day. And Joe Mantello, bless his heart, went, “Patti LuPone, sing us a song.” And then she just sang “What’s New Buenos Aires” [from Evita] just for us in the van. And it was incredible. And then Patti also — shameless plug to my piano bar [Tramp Stamp Granny’s] in L.A. but the cast all came out, and Patti sang “Don’t Cry For Me Argentina,” bless her heart.

So whether it was at my bar, on set, or at my house, a lot of music abounded constantly. It’s a very musical cast. And, yeah, never tempt me with a musical good time. I will always find an excuse to play a song, or sing with somebody if they are up for it as well.

That was honestly one of my favorite parts of the show, was the really nice combination, by the way, because you have sort of the young Turks as Patti would say, the young gang, and we’re sort of taking a cue from the upperclassmen. The wisdom of the true veterans and the enthusiasm of the young Turks was a really great cocktail that bred a lot of hope and excitement. I think the show really hopes to achieve for an audience this sense of constant hope and excitement, which is really the backbone of what Hollywood’s supposed to be. 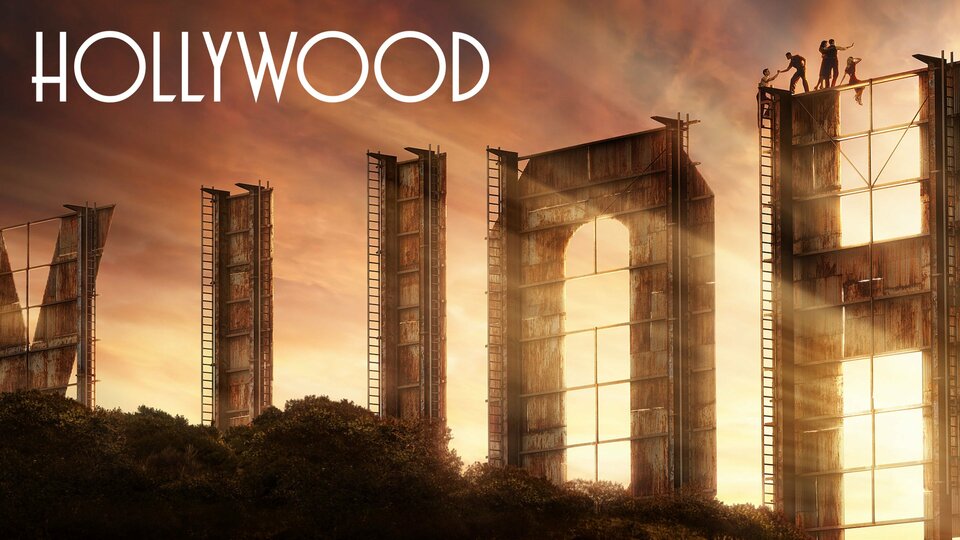