‘Twin Peaks’ at 30: How the Show Changed the Face of Television

When Twin Peaks debuted on ABC on April 8, 1990—with its small-town murder mystery, its misty Pacific Northwest ambiance, its Log Lady, and its damn good coffee—there was nothing else like it on television. Thirty years later, however, the same can’t be said… but only because the show, created by David Lynch and Mark Frost, redefined serialized TV drama. Showtime’s revival has (finally!) ended—here’s a guide to the essential episodes

As the show starts, Special Agent Dale Cooper (Kyle McLachlan) arrives in Twin Peaks, Washington, to look into the murder of the teenaged Laura Palmer (Sheryl Lee). Throughout his investigation, he crosses paths with the motley townsfolk and delves deep into the area’s dark, bizarre history.

Twin Peaks hooked audiences and critics alike as viewers strove to separate clues from red herrings and Lynchian quirks. “You tuned in psychedelically, as it were, ready to be transported,” The Atlantic’s James Parker wrote in 2017, around the time the show came back for a third season on Showtime. “You were in, or you were out: a binary decision. The story arcs, the curves of character development, were long, longer than the show itself, receding into mystery. If you missed an episode, you were disoriented. If you watched every episode carefully, you might still be disoriented. Remarkably, this has become something like the norm.”

Sure enough, this dense, often opaque style of storytelling can be seen everywhere in modern-day TV shows, from the timeline alterations of Westworld to the nihilistic musings of True Detective to the telephatic flights of fancy of Legion. (“Love it or hate it, you can’t deny that Twin Peaks is one of the most influential series in TV history,” Legion creator Noah Hawley wrote in a 2017 TV Insider guest column. “I refer to Lynch’s work a lot in Legion’s uncanniness. The concept of the uncanny basically boils down to: What scares us most is not what you can’t see, but when familiar things act in unfamiliar ways.”) Even RogerEbert.com’s Brian Tallerico, who believed Twin Peaks was “more of an outlier than an influencer,” noted the similarities between the show and its TV antecedents in 2014. “Lynch’s style, which often tracked its actors in a way that felt so much more like film than traditional ‘90s television, reminds one of recent programs like The Killing, Fargo and The Americans in both its economy of visual language and strong focus on setting as a character, and the application of the auteur theory to the small screen arguably started here.”

Indeed, it’s hard to find a commercial or critical hit drama from the last three decades that doesn’t have echoes of Twin Peaks.

“The X-Files was the first obvious imitator (right down to casting David Duchovny, who had a small role on Twin Peaks),” Emily Todd VanDerWerff and Caroline Framke wrote for Vox in 2017. “But the two shows that have best captured this aspect of Twin Peaks without being slavish to it are probably the Damon Lindelof series Lost and The Leftovers, both of which play in the same messy, sorta spiritual playground.” (Days earlier, TIME quoted Lindelof as saying, “There is no show in television history that had more impact on me than Twin Peaks.”)

The Sopranos is another TV drama commonly linked back to Twin Peaks, and Sopranos creator David Chase freely admits the inspiration. “As a friend of mine said the other day: Anybody making a one-hour drama today who says he wasn’t influenced by David Lynch is lying,” he told TIME.

The CW hit drama Riverdale shares DNA—and actress Mädchen Amick—with the show. “I think we did kind of pitch it as John Hughes via Twin Peaks, kind of as a mash-up,” Roberto Aguirre-Sacasa, who developed Riverdale, told reporters in 2017. “Not hiding or ashamed of the influence, and that’s one of my favorite TV shows.”

And A&E drama Bates Motel arguably rode Twin Peaks’ coattails more than those of Psycho, its source material. “We pretty much ripped off Twin Peaks,” co-creator Carlton Cuse—formerly Lindelof’s co-showrunner on Lost—joked at a 2013 panel. “I loved that show. They only did 30 episodes. [Co-creator] Kerry [Ehrin] and I thought we’d do the 70 that are missing.”

In the Atlantic piece, Parker even goes as far as to say that “half your favorite shows wouldn’t exist” if Twin Peaks hadn’t come along and sparked a “big-bang expansion of the possibilities of television.”

“Stylistically, the most immediate posthumous effect of all this might have been the gnostic, everything-signifies vibe of The X-Files,” he wrote. “But there are glimmering splinters of Twin Peaks in Breaking Bad’s trippy desert-sizzle; in the irruptive, disabling dreamtime of Bran Stark on Game of Thrones; and in the absurdist plot spirals, the gizmos and MacGuffins, of Lost.”

Whitney Friedlander emphasized Twin Peaks’ impact in a 2017 Complex article: “By doing these things—poking fun at tired tropes; daring viewers to go on this increasingly spectacular ride even if they didn’t really get what was happening and had to wait for the unofficial conclave at the office water cooler or homeroom classroom to talk each other through it—Twin Peaks was a roadmap for many members of the upcoming generation of TV creators and showrunners.”

“So it’s all the more fitting,” she concluded, “that we call this era of programming Peak TV.” 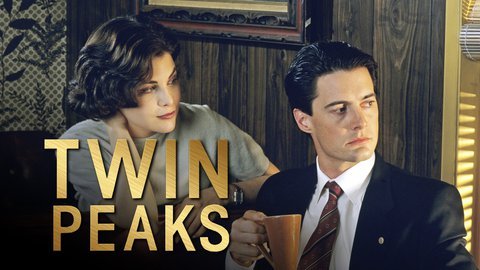