MeTV is celebrating classic favorites with “The Month of Mayberry,” a full month-long celebration of memorable shows featuring Mayberry and the iconic characters that came from those series.

Select episodes of The Andy Griffith Show, Gomer Pyle U.S.M.C. and Mayberry R.F.D., along with the TV reunion movie Return to Mayberry and other shows featuring Mayberry favorites will air from May 3 through May 31 on the network. Plus, catch an exclusive clip from the episode and find out who she's rooting for this season on 'Survivor.'

The fun will kick off with the first episodes of The Andy Griffith Show, Gomer Pyle U.S.M.C. and Mayberry R.F.D. on May 3. Meanwhile, on May 4, four weeks of back-to-back episodes begins airing at 8/7c and will include themed weeks like “All About Andy,” “The Fife is Right,” “Opie Dokie” and “The Bee Team.” Gomer Pyle, U.S.M.C. follows at 9/8c with collections of “best of” episodes featuring classic song renditions, beloved characters and Mayberry guest stars.

On May 31, the month will come to a close with the TV reunion movie Return to Mayberry airing at 5/6c. As a bonus on weekday mornings, fans will be treated to color episodes of The Andy Griffith Show and Mayberry R.F.D.. Select episodes of Matlock will air directly after with episodes that see Griffith reunite with Mayberry favorites like Don Knotts. Weeknights will includes Mayberry stars featured on The Carol Burnett Show and the afternoon programming slate of The Love Boat will highlight Mayberry guest stars.

See the full “Month of Mayberry” on MeTV below:

May 4-8: “All About Andy” – featuring classic Andy episodes

May 11-15: “The Fife is Right” – featuring memorable Barney Fife episodes 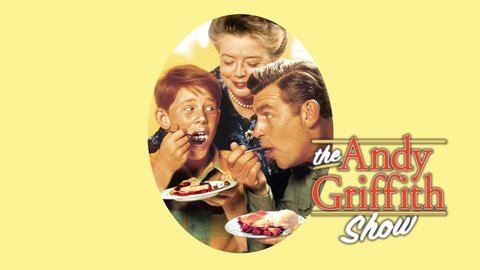