‘The Good Doctor’s [Spoiler] Dies: ‘Everyone Expects All These Amazing Medical Miracles’

[Warning: The below contains MAJOR spoilers for the Season 3 finale of The Good Doctor, “I Love You.”]

Going into The Good Doctor Season 3 finale, we knew that not everyone would survive. And as the episode’s title suggested, those three important words played a role.

But as the hour revealed, that was true for more than one pair of characters. After Shaun (Freddie Highmore) went searching for Lea (Paige Spara) through the debris, he ended up saving the life of a woman trapped. All his best friend could do was listen and hope that he’d make it out alive as water came rushing in over his and his patient’s heads. Both made it out, and Lea greeted Shaun with a kiss and a declaration of love. A breakdown of where the Season 3 finale left the major characters of the ABC drama.

Elsewhere, Melendez (Nicholas Gonzalez) and Claire (Antonia Thomas) also said “I love you,” but in a much more heartbreaking situation — as he was dying, due to the injuries he suffered in the earthquake. Despite his surgeons Claire and Lim’s (Christina Chang) best efforts, there was nothing they could do.

Here, Gonzalez discusses his character’s emotional farewell, which he’d known was coming for about five or six episodes.

I kept expecting and hoping for some last-minute miracle save.

Nicholas Gonzalez: It didn’t come, did it? How did you feel when you found out how Melendez would be leaving? That was quite the emotional episode.

It’s sad because we’ve created this show where everyone expects all these amazing medical miracles, especially when it’s Shaun or it’s Melendez or something one of the residents has cooked up, and now something that seems so basic, seems so avoidable is almost a little more heartbreaking. It’s tough.

I don’t think anything would have ever felt right for me, but the writing that David Shore and David Hoselton and Liz Friedman put in the episode prior to this one, really I thought was a beautiful tribute. But it all seems to pale when you think of the possibilities for the character, too, so it’s a tough one.

This was one of those situations where being a doctor was a bad thing because he knew as soon as Lim and Claire started talking after his surgery that this was it. We saw Lim trying to come up with another solution, but he accepted his fate.

It’s someone who just really knows all the facts, and you’re right, him being a doctor, that really changed his acceptance of it. Because knowing that even at best, even with all things that could have happened right with the surgeries that they were proposing, he still would have ended up not in a state [that] would have been livable. He would have lost his ability to do surgery, possibly paralyzed or in a vegetative state. There were a lot of things that were minuses going on there. But having a life cut short when you have so much you feel your life is filled with would be tough for anyone. What will this disaster mean for Shaun and Lea and Claire and Melendez's relationships?

There was such potential for Melendez and Claire, but there was also a sense of them being doomed; we saw an issue arise just from their friendship as they sort of danced around each other. And then we got that heartbreaking goodbye with the “I love you” from both of them.

I’ve always wondered — if that relationship would ever be fulfilled and how we could do that while still keeping this noble moral character with Melendez and knowing that it wouldn’t be fair to everyone else — about how that would ever be handled, and I didn’t expect this. It almost needed to be that way.

But there were earlier versions of the script initially where the idea of me telling her that I loved her was almost, I didn’t want to, because for me, it would be a few minutes of bliss, but for her it would be something she’d have to live with after I’m gone. So I never wanted it to be something selfish, but I think what we came to ultimately in the script and what you’ll hopefully see on screen is a way where it makes sense that those “I love yous,” it was a beautiful moment shared, a finite moment that both understood was finite. That way it was okay to indulge in something like this, just meaning not wanting to be selfish knowing I’m not going to be around.

It’s hard also for the praise for him to be under that as well. You saw the same with Glassman when he comes in, a man who isn’t known to give praise, that when he starts giving that to me, it’s hard and the subject needs to change. I’m not sure how the Lim scene came out yet because I haven’t been able to see it yet, so I’m curious what was there. But that was an important one for us as well, as actors and as these characters to honor the love and the friendship that had such a long history for Dr. Audrey Lim and Dr. Neil Melendez. I’m hoping that came out, too, in trying to treat that in a way to know there’s people that we’ll always love in our life.

Melendez and Lim’s goodbye had “I could’ve spent a lifetime drinking whiskey with you,” which was so heartbreaking. Glassman called him the best he’s worked with. How much did Melendez and Claire, Lim, and Glassman need those moments because they knew this was it?

They all needed it. If you would’ve asked Melendez, in the middle of this crisis, he would’ve wanted all his people out there doing their best, saving people, which they were, and in those times where they were able to come and talk to him, it helped bring a lot together. It’s only all the more sad and bittersweet because everything’s okay and everyone loves each other and can we move on from this point? The fact that it’s doomed is a really bittersweet moment.

What would Melendez’s conversations with the others have been like if he’d gotten the chance to speak with them?

I don’t know. It was almost fitting. It did occur to me that there was no goodbye with Shaun, which would have been interesting, but everyone would’ve been so caught up with him trying to come up with some Hail Mary miracle surgery that would’ve saved everything. There was a little bit of irony in that, too, in the circumstance that he was literally kept from being a part of that. Maybe everything would’ve been wrapped up around that. I would’ve loved to see something between mentor and mentee, both ways. He taught me as much as I hopefully taught him, but there were bigger things at work. We got that great scene between Melendez and Shaun a couple episodes ago when Shaun was dealing with his heartbreak. Can you talk about the growth we’ve seen in that relationship?

Melendez has always treated all his residents the same, and he treats them as unknowns until he knows how they react in different situations, what knowledge they have close at hand, what they’re good at, what they’re bad at, and for Shaun, there’s just a lot going against him. After being in the trenches together, they both realized they both have a lot to teach other, not just emotionally, but even medically. Melendez really envied some of the tools that Shaun has at his disposal because of how his mind works, the same way that Shaun envies the experience and the exactitude that Melendez works on.

Did Melendez die with any regrets, professionally or personally?

Personally, he knows he could’ve made it work with Lim a lot earlier on. These are people that are so married to what they’re doing. It’s what they love as well. But I think they could have afforded to allow themselves a little bit more love in their lives. Looking back on the past three seasons, what moments stand out for you for your character and as an actor?

One of the things that always stands out with me and the character is he’s always right. It’s one of the best feelings ever. If anything, it’s each day going to work and seeing those smiling faces, whether it’s the crew or my fellow cast members, and laughing in between scenes. It’s the camaraderie on the set. 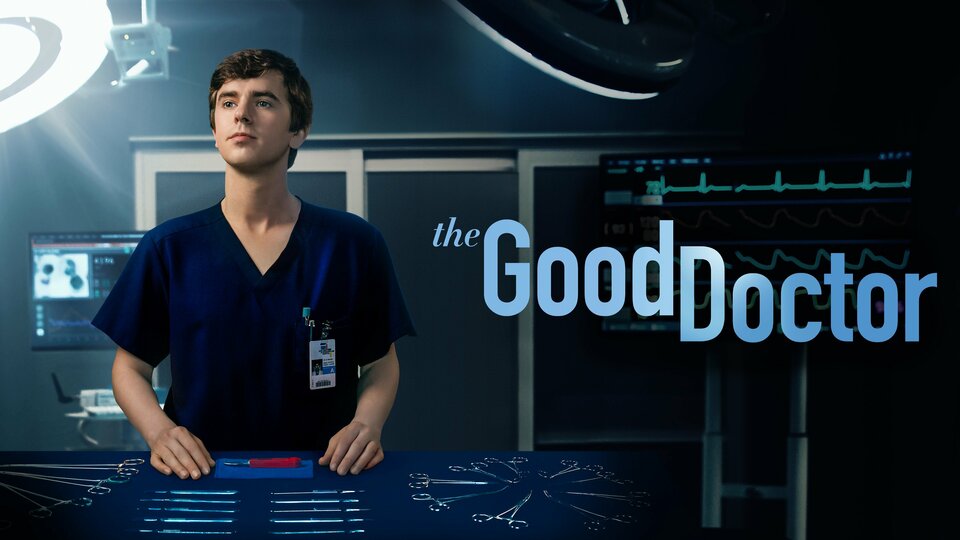