Emily Hampshire plays Jennifer Goines, the scathingly funny former mental patient who now leads a gang of female warriors in the end-of-days hit 12 Monkeys. Yep, this is the role that won Brad Pitt an Oscar nomination in the 1995 movie of the same name. And don’t think that wasn’t intimidating. “I went into this job with his brilliant, lauded performance hanging over my head, and who can compete with those abs?” Hampshire says. “I had to make this part my own—or die trying.”

RELATED: 12 Monkeys Blasts to The Past (VIDEO)

The Montreal-born Hampshire is also a regular on the Pop comedy Schitt’s Creek, where she plays Stevie, the deadpan motel clerk who has a thing for her fashion-forward pal David (Daniel Levy). And so what if he’s pansexual? 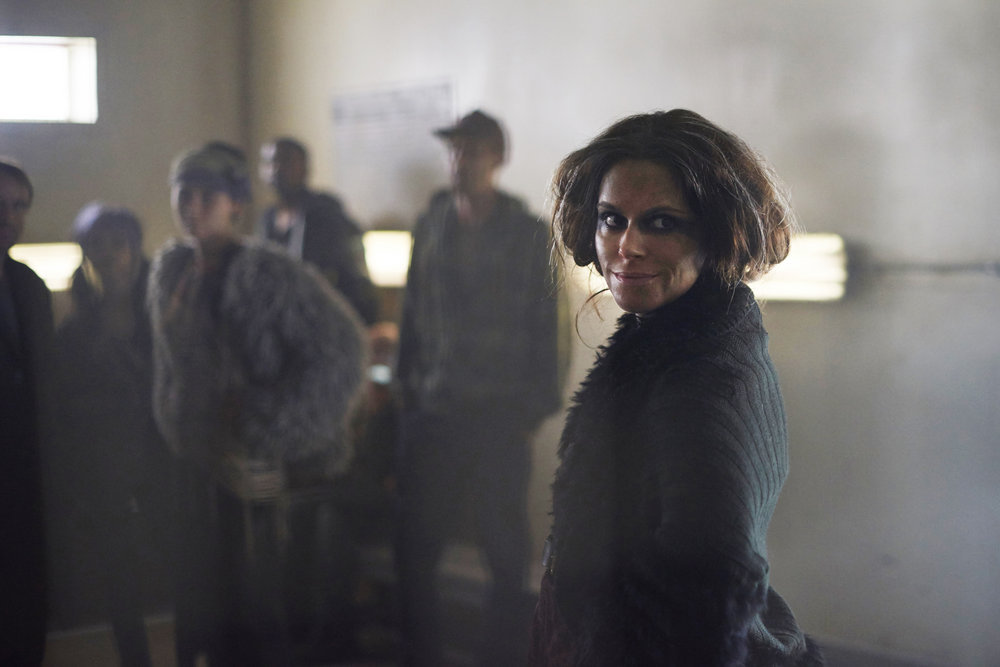 Hampshire’s ham-on-wry performance on 12M dangerously skirts the edges of excess, yet she always pulls it back in the nick of time with subtle, masterful moments that melt your heart. She even delivers a damn fine head butt. “Emily is unshockable,” executive producer Terry Matalas says. “We throw anything and everything at her and she handles it all stunningly. She’s the person you want to survive the apocalypse with.”

Jennifer recently time-jumped from 2016 to 2044 and had an emotionally wrenching meet-and-greet with her future self, who was just moments from death. “It was the best scene ever written in the history of show business!” crows Hampshire, who needed four hours of makeup to age 30 years. “It was a profound experience seeing myself that way,” she says. “Suddenly, I had this incredible feeling of confidence and was so at ease in my own skin. And the best part? Now I don’t give a s–t what I look like when I get older!”