And in TV Insider’s exclusive sneak peek of Tuesday’s episode of For Life, it looks like Marie (Joy Bryant) may have reached her breaking point.

On set with the rapper/actor/producer who previews the series about a prisoner who becomes a lawyer for his fellow inmates.

“You look tired,” she notes to her husband during her latest visit. He asks how Jasmine (Tyla Harris) is doing in school (and hopes a boy isn’t distracting her). But when he begins to focus on what his sentence has meant for her, the conversation takes a turn — one he won’t like. Watch the clip above to see what Marie wants.

In this unique episode, titled after Bryant’s character, For Life goes back nine years. Marie struggles in her marriage as she deals with the turbulence of Aaron’s arrest, trial, and incarceration. The series, inspired by the life of Isaac Wright Jr., follows Aaron as he becomes a lawyer, litigating cases for other inmates while fighting to have his own life sentence (for a crime he didn’t commit) overturned. He’s driven by his desperate desire to get back to the family he loves and reclaim the life that was stolen for him. How will Marie’s request in this clip affect that? 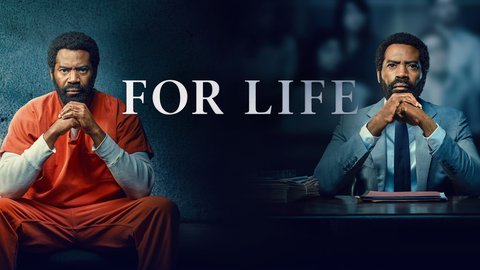