Where’s Kate in ‘This Is Us’ Flash-Forwards? 3 Theories for Her Absence

[Warning: The below contains MAJOR spoilers for Season 4, Episode 15, of This Is Us, “Clouds.”]

This Is Us gave fans a lot to chew on from the most recent episode, “Clouds.” At the end of the installment, viewers were once again transported into the future via the music studio Toby (Chris Sullivan) built for Kate (Chrissy Metz) as an apology for his struggles over Jack’s blindness. We watched as the room transformed from bare-bones garage into a professional recording studio Kate and her son could each enjoy. But over time, Kate disappears from the montage, with a growing Jack taking over — is it by choice or circumstance?

We have a few theories regarding Kate’s absence in this flash-forward, as well as the future gathering at Kevin’s (Justin Hartley) home where the Pearsons spend time with a seemingly dying Rebecca (Mandy Moore). It’s sad to consider, but Kate could actually be dead in the future, which would explain some of the future timeline. The red flag that hints at this is Toby’s reaction to being invited to the Pearson family gathering in the Season 3 premiere. What would make him want to skip out on bidding Rebecca farewell? The only answer that makes sense supports the idea that either Kate’s dead or she’s divorced from Toby, and if they’d split, there’d likely be some mention of her by now.

We haven’t seen Toby’s left hand, which doesn’t help us determine their marital status. Further support of the death theory would be Kate’s closeness with baby Jack and their bond over music. As fans know, Jack goes on to become a successful singer and musician — what better motivation for this endeavor than to make his late mother proud?

Considering the show’s knack for mirroring the past and present, perhaps Kate’s role in her son’s life will be similar to her father Jack’s (Milo Ventimiglia) in her own life.

Kate and Toby Are Divorced 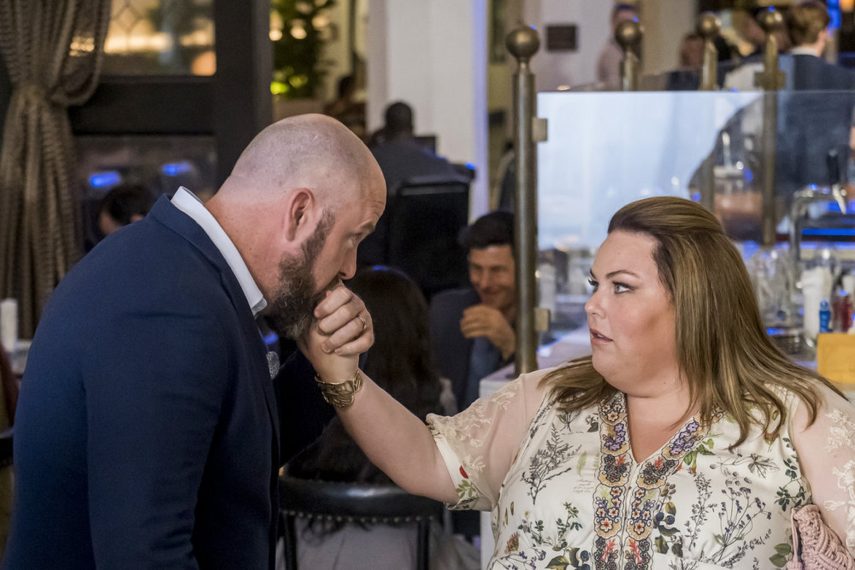 Just like the death theory, the theory that Toby and Kate are divorced is also plausible. Fans have seen them going through a difficult time dealing with their son’s handicap. While she’s trying to hold it together, he wasn’t strong enough to face the reality and admitted to her that being around Jack made him sad. Though they ended this week on a more positive note, that doesn’t mean there won’t be more bumps in the road.

Toby has an interesting reaction to Randall’s (Sterling K. Brown) call in the flash-forward, asking him to the gathering. He first questions if he should, spurring Randall to reply, “She wants you to be there, Tobe.” Up until that point, the identity of “her” had been a mystery, though she was later revealed as Rebecca. But what if “she” in Randall’s line indicated someone else, like his ex-wife Kate? It’s possible and This Is Us is no stranger to throwing curveballs of that scale. After all, fans believed Randall and Beth (Susan Kelechi Watson) were possibly divorced when the flash-forward sequences started popping up in the midst of their marital struggles.

It should be noted that when Toby arrives at Kevin’s future house, he comments on how big the place is, suggesting he’s never been to the home before. If he’s never been, that could mean he’s never been invited… or it’s so new that there’s no reason for Toby to have visited. Either way, the comment could be seen as suspicious.

Kate Is Just Fine (and Married) It’s possible Kate could be just fine and married, and spending time with her son, as Toby tells Randall upon arriving at Kevin’s house, “I just talked to Jack and they’re on their way.”

“They” in that scenario could just be a blanket statement for Jack and his wife or it could mean Kate, Jack, and his wife. Either way, we know Kate’s not been seen in the future, and it doesn’t appear that we’ll be getting answers anytime soon. Let us know what you think about her mystery whereabouts in the comments below and don’t miss This Is Us on NBC.