In her latest Hallmark movie, Matching Hearts, Taylor Cole plays a professional matchmaker who takes on Ryan Paevey‘s Daniel as a client, only to eventually realize he may be her perfect match. And as she revealed, her own relationship is pretty similar to it.

“I knew [my fiancé] for two years and I just tried to set him up with all my friends because he’s such a great guy and he’s so, so sweet and none of them worked out,” she told TV Insider. “Then finally I was like, ‘Wait a second, this is my perfect match,’ so we started dating, and I had to basically snap him out of the friend zone and say, ‘I’m actually interested. I would like to date you.'”

Here, Cole previews her movie for Hallmark’s “Love Ever After” event.

Julia’s quite successful at work as a matchmaker, but very much less so when it comes to her own love life, right?

Taylor Cole: She’s just more focused on her career and not really going to settle down because she wants to have all her ducks in a row and really get everything just right before she focuses on anybody else, including adopting a dog that she loves so much. [She’s] really taking time for her career and herself to prioritize that before anything else. I love that dog. Luna was adorable.

Oh my gosh, me too! Luna was the sweetest, the cutest. Some of the dogs you work with as far as Hollywood dogs, they’re so trained, it’s like you feel bad they’re not dogs still. They’re just working really hard. But this one was having fun on set the whole time, just the best energy ever. So, so sweet and so cute. Just like a giant puppy.

What is it about Luna that makes this dog exactly what Julia needs?

It’s just that energy and that love and that unconditional bond of just giving each other exactly what they need, which is a home for a rescue animal. And for her, a purpose and a best friend and really somebody to ground her and not making work the end all be all and really giving a little piece of your heart and energy and time to something else sets your mind more in the right place to enjoy life as opposed to just grinding through life.

The original movie premieres Saturday, February 8 as part of the network's annual 'Love Ever After' event.

How do Julia and Daniel cross paths and what are their initial interactions like as they get to know each other?

Julia was at a birthday party at a restaurant. At the same time, so was her best friend who is engaged. My friend is having a business meeting with Daniel. We meet by coincidence, and initially [there] was just a witty little conversation and then we make eye contact and it’s that instant attraction and a little bond of curiosity. Then, of course, Julia goes right back into matchmaking mode and putting her career first and thinking how she can set this guy up, so she offers him a business card, which is cute. 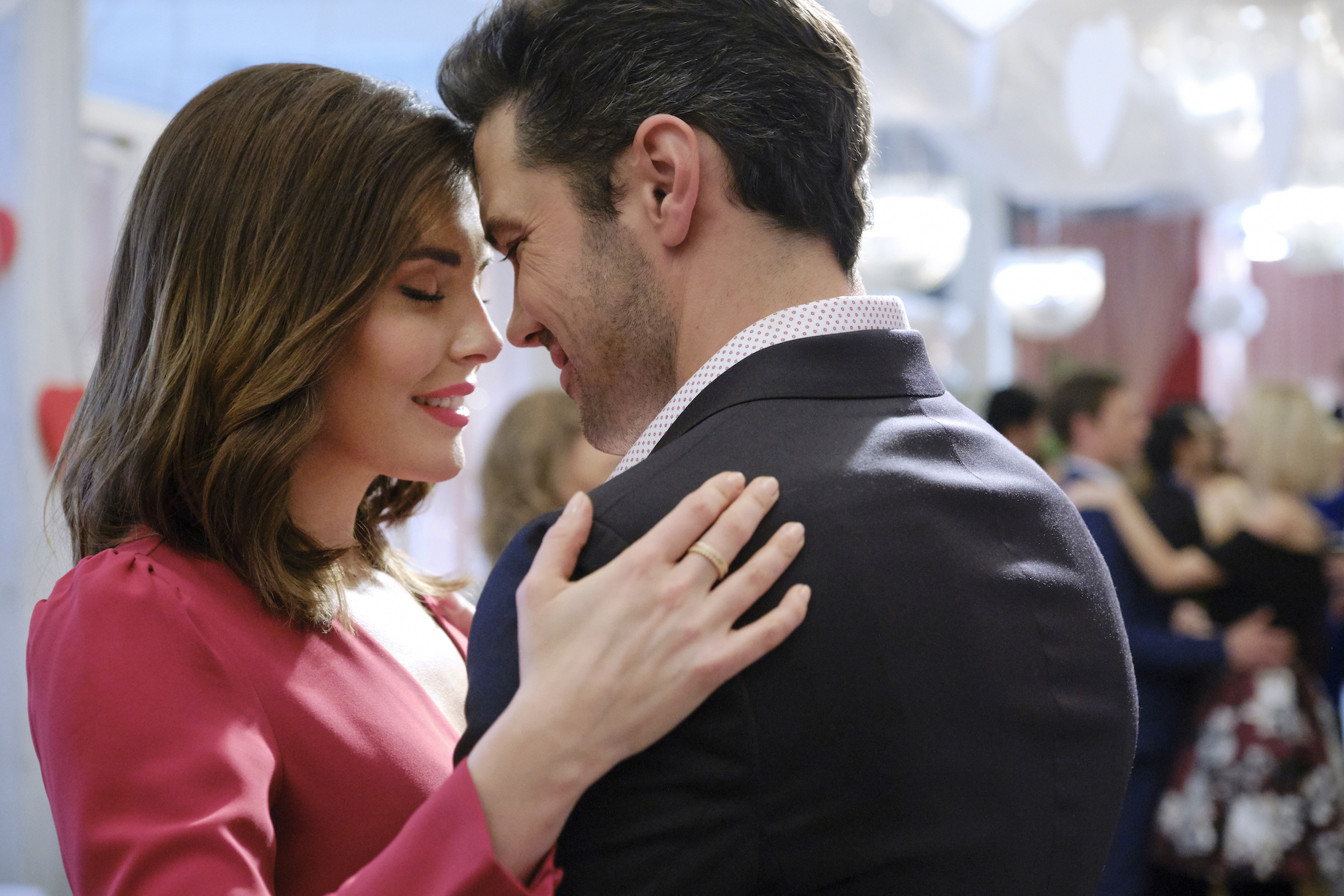 At the beginning when she first meets him, she’s so focused on her career, she has blinders on. She’s not worried about setting herself up and even that initial attraction immediately turns to, “How can I make this a good business move to put him as one of my clients and really get this guy matched up?” She doesn’t know until later he’s a very successful entrepreneur, but she’s just so head-down focused on her career that any attraction she may have felt initially was just put aside so she could really drive her career further and impress the boss.

Matching Hearts where to stream