[Warning: The below contains MAJOR spoilers for Season 2, Episode 12 of A Million Little Things, “Guilty.”]

Maggie (Allison Miller) finally learns the secret Eric’s (Jason Ritter) been hiding from her regarding her brother’s heart, but what does this mean for her going forward? Is A Million Little Things going to say goodbye to Eric soon? Could this lead to Maggie and Gary (James Roday) finding their way back to each other?

Younger‘s Sutton Foster guest stars as Chloe, Eric’s fiancée he lost in a motorcycle accident, and flashbacks show the moments leading up to that fatal moment — and one very important one years before. In the present, he’s struggling to move on, especially considering he lives in the same apartment the two shared and runs her store. And so he’s planning to move, as Maggie discovers when she stops by to talk about the kiss.

He also tells her about the lawsuit Chloe’s parents filed, and she assures him he shouldn’t blame himself just because Chloe wanted to go blueberry picking that day. “There’s so many things I’ve done I wish I could take back and I just want a fresh start,” he admits. 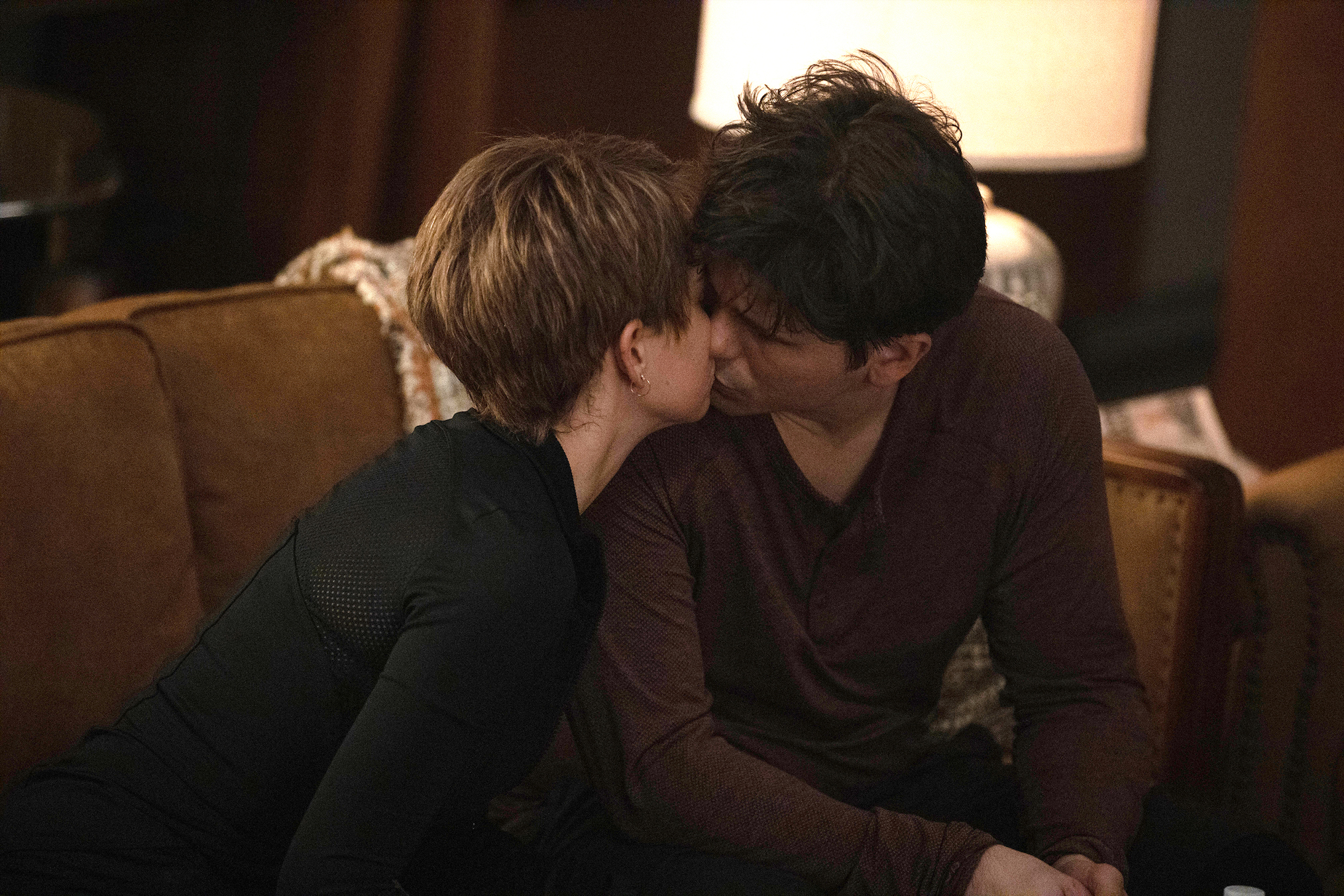 She tells him she didn’t call sooner because she needed time to process. While Gary and Chloe are factors, she thinks there’s “something” between them. He agrees, but then she sees a photo of him, shirtless, from 2017 — and realizes he doesn’t have her brother’s heart. She leaves before he can explain.

He shows up at her apartment and explains everything through the door when she refuses to let him in. He talks about his and Chloe’s trip to Martha’s Vineyard and about not seeing the bend in the road until it was too late. “The worst part is, she shouldn’t have even been there with me,” he says. And that’s when we get a flashback to the day of Chad’s death. Eric saw the doctor deliver the bad news to Patricia (Melora Hardin) before he joined Chloe in her hospital room — and they found out she was getting a heart.

“Chloe was the one who got your brother’s heart,” he tells Maggie. “The best day of my life was the worst day of yours. Because of Chad, Chloe got six more years, but she should’ve had more. She should’ve had a lifetime and she would’ve if it wasn’t for me.” The donor network didn’t know about Chloe’s death when they sent Patricia’s letter. “The way your mother described her grief and her emptiness after Chad, that darkness, I felt the same thing,” he explains. “I couldn’t bring myself to tell her what happened to her son’s heart.” He thought it would stop at the letter he wrote back, and he apologizes for the damage he caused her family.

He insists he wanted to — and knew he needed to — tell her the truth. “But then the more time I spent with you, I wanted more time and then you kissed me and I knew I couldn’t,” he confesses. “In that moment, I just knew I never could, and not just because I didn’t want to hurt you but because I love you. Before I met you, I couldn’t see anything but my grief. You changed that, and I know that I lied, but I just needed you to know my feelings for you, our connection, that was real.” After that, he says goodbye and walks away, and while that could be the last we ever see of him, there’s just too much left to explore for this to be it. However, this could be one of Ritter’s last appearances. Let’s just hope that if it is, we get to see Patricia confront him for what he did. Yes, he was hurting and didn’t want to cause her more pain, but he’s just made things much, much worse for the Blooms. After all, Maggie even says early on in the episode that she and her mother are still not talking after Patricia lied about Chad’s death “and then chose his organ recipient” over her own daughter.

In somewhat happier news, Gary confronts his mother over leaving him as a child, and while that doesn’t end well — she chooses a business meeting over time with him — he does seem to be getting back on track. He’s with Delilah (Stephanie Szostak) when Maggie calls her, and he shows up at his ex-girlfriend’s place to check on her. He even takes part of the blame, because he was being insensitive about the psychic and her need for closure.

“I didn’t give you what I needed, so you had to go get it from Eric,” he says. And when she invites him to join her for dinner, he says he can’t, which is a step in the right direction. If these two are going to get back together, they can’t just jump into it. But maybe now they can begin to heal.