My favorite episode of cult classic Buffy the Vampire Slayer — possibly my favorite episode of anything ever — is 2001’s “Once More, With Feeling,” in which a demon compelled everyone to express their most secret thoughts through song and dance. Which is why it’s hard for me to be objective about Zoey’s Extraordinary Playlist, a whimsically tuneful winner about a young woman whose brain becomes a Pandora’s jukebox playing hit songs, current and vintage, that give her insights into others’ psyches.

Subtle? Never. Irresistibly entertaining? Almost always. When random San Franciscans on the street suddenly break into the Beatles’ “Help!” as a frenetic flash mob, it’s like La La Land gone nutsy cuckoo, or Glee unleashed. No one is more unnerved than poor Zoey Clarke (an endearingly flustered Jane Levy), victim of a massive internet download/mindmeld while getting an MRI during an earthquake. She can’t stop the music — and what’s worse, she’s such a melodic illiterate she wouldn’t even recognize that as a Village People pun.

Gallagher on playing someone with a degenerative disease, which star might've had a hand in his casting, and 'The O.C.' revival chances.

For Zoey, an insecure but ambitious coder for a trendy tech company, this new power can be a curse, like when it exposes the aggressive resentments of her coworkers (“I so wish I could tell HR about this”) or when her BFF, Max (Pitch Perfect‘s puppyish Skylar Astin), opens his heart to her with David Cassidy’s “I Think I Love You.” But it’s also a blessing when it allows her to gain emotional access to her father (Peter Gallagher), who’s trapped silently in his body from a devastating neurological disorder. Any time he gets a fantasy number, it’s a surefire tearjerker.

Zoey successfully juggles multiple tones within its jubilantly surreal framework: romantic and workplace comedy — Gilmore Girls‘ Lauren Graham is a delight as her brittle boss — and touching family drama. Although whenever the show approaches a maudlin minor chord in its Touched by a Lyric storytelling, it’s time for scene-stealer Alex Newell (Glee) to pop in as Zoey’s gender-fluid firecracker of a neighbor, Mo. “Having to witness amazing private concerts throughout the day must be incredibly tedious. My heart breaks for you,” says this DJ and queen of the eye roll. Mo may mock — “This power is wasted on you” — but when even car horns and ringtones add to the extraordinary soundtrack of Zoey’s life, this Playlist is guaranteed to lift your spirits. 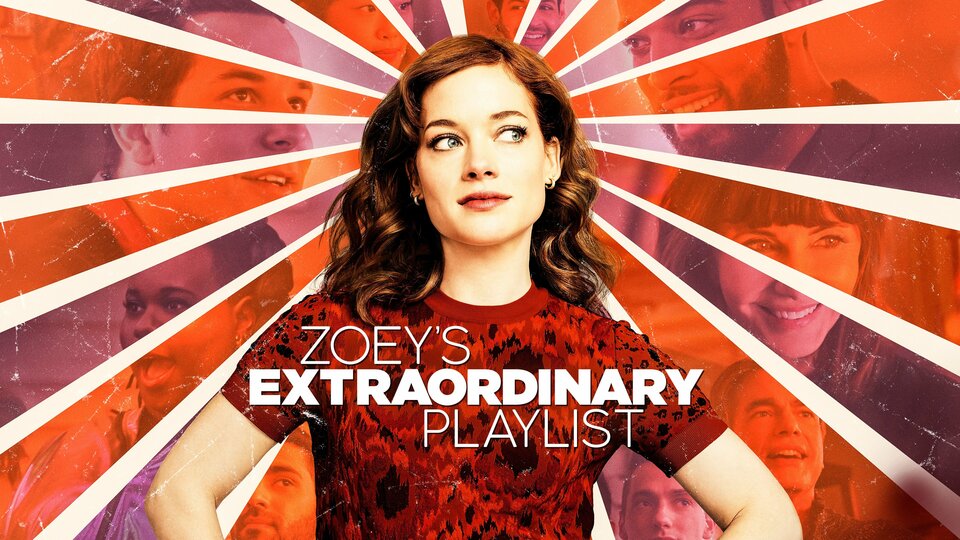