Spoiler alert! Do not read this unless you’ve watched the Limitless season finale.

After spending all of Season 1 under Eddie Morra (Bradley Cooper) and Sands’ (Colin Salmon) thumbs in order to keep his access to the NZT immunity booster, Brian’s fellow NZT-user/quasi-girlfriend, Piper (Georgina Haig), was able to give him a way out: she figured out a formula to give one recipient permanent immunity against all NZT-related side effects. Brian accepted the shot, though he was saddened to realize that Piper wouldn’t be safe if she stuck around—after all, the ability to craft that immunity would be dangerous if it fell into the wrong hands.

But with the immunity now permanent, Brian was able to return to the FBI—and his partnership with Rebecca (Jennifer Carpenter)—and he can now build up his own little squad.

Brian wasn’t the only one who got a clean slate of sorts in the finale: Rebecca was able to take down Sands once and for all, giving her the needed closure on her father’s death.

We spoke with Limitless boss Craig Sweeny about Sands’ fate, Brian’s immunity, the decision to keep Morra off screen in the finale, plans for the not-yet-ordered Season 2, and more.

At what point did you know Sands’ story needed to come to an end?
We’re not positive he’s dead, I should say; he’s on his way to surgery, and we haven’t heard whether he lives or dies. We knew we wanted to tell his complete story—that’s not say it’s not possible he could be a character [on our show] going forward—during this season. And for Rebecca to put a final punctuation mark on her story of pursuing the guy who killed her dad, it had to be something big, it had to be something serious. Is the time of Sands up?

Rebecca made a good point in the finale that Sands, in many ways, is the real big fish they’ve been after this season. Now that he seems to have been taken down, will the FBI start to look to Morra or someone else?
They definitely want to know what’s going on with Morra. Many of Sands’ colleagues from the Legion of Whom remain out there. I think what they’re up, and what they do in the wake of the [near mortal wounding] of Sands is ultimately a major concern in Season 2.

Looking to Brian’s newfound permanent immunity, will there be any side effects? And what can you say about the decision to take that step now?
I think we felt like we had told the story of Brian under the thumb of Eddie Morra and Sands, and needing to get those clandestine booster shots. We wanted to move forward from that, basically, and we felt like the beats would get repetitive if we were telling more stories where, “Oh, Brian needs to get his booster shot” or “Oh, he needs to get this file or he won’t get this booster shot.” We did a lot of things like that, which worked really well.

But we really wanted to have Rebecca and Brian move forward on an honest footing with each other. The need for the immunity shot for Brian, and the layers of deception that go with it, we cleared the deck to explore a relationship between Brian and Rebecca in a more meaningful and honest way.

To get more specific about the way the immunity works, is this a situation where if someone wanted to replicate it, they could test Brian and try to duplicate what they find? Or is it in his system in a way that’s untraceable?
They could certainly try, and it would be interesting. It’s not as if the FBI knows how to do it yet. They’re definitely going to be studying him. Piper is not out there, giving it away freely; he is a kind of Rosetta stone, which makes him a lot of interest to them in Season 2.

Piper told Brian how she was able to escape, but the audience didn’t see it play out in real time. Should we be trusting her story? And in your mind, is this the end of the character’s arc?
As a writer and as a fan of the show, Piper hasn’t given us much reason to doubt her. I would trust what she’s saying. We sincerely hope that’s not the last we see of Piper on the show. There is the reality that the actress, Georgina, is in a pilot that’s apparently getting a lot of traction, so we have to negotiate that. These are the behind-the-scenes things we have to deal with. If we had our creative druthers, we would have her around quite a bit, because we think she’s fantastic.

Related: Is your favorite show safe?

How Brian’s experience with the side effects of NZT shape him going forward, even if he now has the immunity permanently?
He had some sense of it [before], I will say. But I think in Season 2, the character, without losing the sense of fun that everybody loves, we’re going to see a slightly more grown-up more version of Brian. You see it at the end of the episode, when he’s like, he’s choosing to be at the FBI now; he’s not being forced to be there. That’s not to say he will ever become a straight-up G-Man. But I think you’ll see him embrace the mission with a little more fervor in Season 2. I do think if NZT became widely available to any and all, Brian would consider that a very frightening prospect.

The end of the hour included a look at people trying out for Brian’s squad. What might that look like in Season 2?
I think it means all the ancillary characters that the audience has really responded to like Mike and Ike; and James Tech—are still going to be around. I think there will also be a couple of new pieces of casting—new agents—that can kind of shake up the dynamic on the team. There will be a slightly more ensemble orientated show going forward. It won’t be so much Brian and Rebecca, with the odd thing thrown to Boyle. It’ll be more of a legitimate team. We’re thinking two new pieces of major casting for Season 2.

Can you speak to a little more of what you see there, gender or age-wise?
I can only speak in hypotheticals that exist inside my mind. It will be one of each—a man and a woman—and one of them will be about Brian’s age, and one is younger than both Brian and Rebecca.

Will Mike and Ike actually end up investigating more? Or will they still end up baby-sitting Brian?
They’ll be investigating. I think they’ll find investigating means they’re certainly under the thumb of Brian, a little bit. Brian will have Laverne and Shirley in Season 2, who are his new bodyguards and are responsible for his well-being. Mike and Ike—who will still be called Mike and Ike—they’re full-blown investigators now. Where have you gone, Mr Cooper?

Looking to Morra, what can you say about the decision to not have Bradley be physically in the finale? And how much do you expect we’ll see him in Season 2?
I think my best guess we’ll see him approximately much in Season 2 as we did in Season 1. These things are always subject to Bradley’s schedule, of course.

For the finale, he felt—and we felt—that in order for the show to feel like it had become its own thing that could live on its own, and breathe without the presence of such an overpowering guest star, it was actually a better thing for us to wrap up without the character of Morra on-screen in the finale. It was a way of saying, “Hey, we’re our own thing now.” And Bradley totally agreed and supported that. He wants to help the show without overwhelming it. We talked about the version of the finale he was in, and it just overpowered everything else, where we all mutually got to the point where we decided to tell the story without him.

What Brian and Morra’s relationship might be like going forward now that Brian doesn’t really need him?
A new adversary will emerge in Season 2—who has a history with Morra—who Morra will take very seriously. Eddie and Brian, instead of being uneasy adversaries, they’ll be uneasy allies in Season 2.

Will the adversary be someone Limitless viewers might be familiar with?
It’s going to be someone new we’re bringing to the canvas.

Looking back at your first season, what are you most proud of?
We set several goals at the beginning of the season. One of them was to have each episode contain something that no one has ever seen on TV before, that’s highly original. I think we succeeded at that. There are episodes—they’re all my children and I love them all—but there are some I feel are stronger than others. [However] in each one, we never gave up on that mission to bring something unique to each and every single one.

As Brian becomes a bit more responsible, will you still have the freedom to play with the tone as much in Season 2?
I do think we’ll have it. I think it’s an important part of the show; I think it’s a big asset to the show and what makes it unique. I think we learned some lessons. There may have been stunts that we pulled that were too much for our mainstream audience. I think we have the same freedom, we have the same mission, and it’s going to be the same Limitless. The show is not going to change its tone. I just think we learned a few lessons from Season 1. 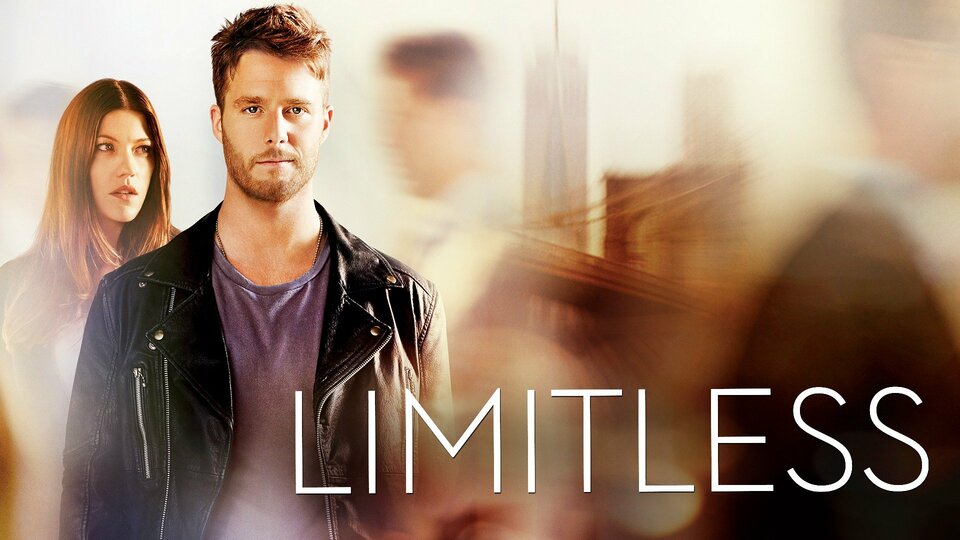