Whoa! It’s hard to believe that Tuesday night’s episode of Emergence was only the third in the new mystery’s run since big things happened that answered some major questions while also bringing up many more.

In the series, a young girl named Piper (Alexa Swinton) is discovered by Long Island sheriff Jo Evans (Allison Tolman) near the site of a mysterious accident. Ever since that moment, the mystery surrounding who (or what) Piper is — she has the ability to make things move, knock out lights and more — has been driving the story as baddies are after her and Jo is trying desperately to figure out why.

Since Tuesday’s episode was such a big one for the series, TV Insider talked to showrunners Michele Fazekas and Tara Butters about what we saw in this week’s installment and what it all means moving forward.

You promised that we’d have answers quick and we definitely found out a lot in this episode. Has it been helpful in storytelling that, instead of slowing down reveals, you’re getting them out quickly?

Michele Fazekas: From the beginning, we’d always pitched that the “Who is Piper?” question was answered early. I think the temptation in shows like this is to hold onto your big mysteries, but that often has the effect of frustrating the audience — certainly I’ve felt that way myself as a viewer. And now that we’ve answered that question, we can start telling different stories. Now that we know what Piper is, the question is what do you do about that? What does it mean? Does it change how Jo feels about her, does it change how the audience feels about her?

Get an exclusive first look at the 'Lost' alum as Richard Kindred, the take-no-prisoners billionaire head of a tech holding company.

When we were developing Emergence I’d read about a study that looked at how people treated a little AI robot. They were supposed to interact with the robot, answer questions it asked, and then turn off the robot at night. But at a certain point, the AI would say, “Please don’t turn me off, I’m afraid I won’t wake up.” And like half the people listened to the robot because they “felt bad for it.”

I love this. I love that people treat something that is clearly a machine like it has feelings, like it has rights and self-determination. And that’s something that clearly isn’t human. So it makes total sense that meeting a very human robot, you’d treat it like a person. We’re already doing that. These are the kinds of stories we’re really excited to tell.

So it would seem, based on what we saw, that Piper is an AI or not-human, but is it as simple as that? Will we find out what she is definitively soon-ish?

Tara Butters: By the end of 103, it’s revealed that Piper is AI, which will send Jo questioning who made her and why. While also trying to gauge if she is dangerous to Jo and others. These are just some of the central questions we’ll explore as the season continues. Jo is such a great character who is thrown by what she’s seeing, but she’s also capable and doesn’t waver. Will we see her armor crack more as this mystery gets deeper?

Fazekas: Allison Tolman is such a gift for us. She makes everything better, she makes Jo so real and relatable. The truth about Piper is going to cause really serious complications for Jo, both at work and at home, and she’s going to be faced with problems where there is no great solution.

Terry O’Quinn is already amazing as Richard Kindred — is he truly our Big Bad or is there more to his story that we’ll find out in coming episode?

Butters: We were so lucky to have Terry join the cast. I love that he always has that twinkle in his eye. We can say he is a bad guy, but there’s more to his story, and we don’t know all the players involved yet.

On the NYCC panel, we were shipping #Jolex since there’s such great chemistry between Jo and Alex (thanks to Allison and Donald Faison). Are they going to able to keep things from getting “confusing” or will they cross the line?

Butters: I love #Jolex! You knew way back on the pilot there was a special chemistry between Jo and Alex. We all ship them. They have a complicated relationship, and we really like keeping them in this gray area of being divorced but not quite knowing how to be divorced all the time — and when things get stressful, it’s very easy and comfortable for either of them to fall back into old habits. It’s obvious that there’s real love there and chemistry. I also like that they are portraying a healthy divorced couple who put the needs of their daughter above all else. Through the course of the season, they will be put through some extreme situations that will sometimes bring them closer together and other times drive them apart.

Any other romances coming for other characters on the show?

Fazekas: We like to let these things play out organically, and let the characters lead us, rather than the plot drive us. Characters connect in different ways, new characters will be introduced, and we’ll see where they lead us. While Jo may not trust Benny (Owain Yeoman) fully yet, should we trust he’s an ally or could getting the inside track on a good story cause him to waver in his loyalties?

Butters: Benny has shown himself to be a there for Jo when she’s needed someone. Over the next few episodes, their friendship will grow.

Fazekas: In 104, Jo will be dealing with the fallout of learning Piper is AI, and it’s made her question everything — most of all herself. The central question that is asked many times in 104 is “what does real mean?” Is Piper real? Are Jo’s feelings about her real? Does it even matter? It sort of goes to the heart of what the show is about. She’s also going to have to deal with the fact that she knows what Piper is — but no one else does. It’s a very emotional episode and Allison and Alexa are wonderful in it. 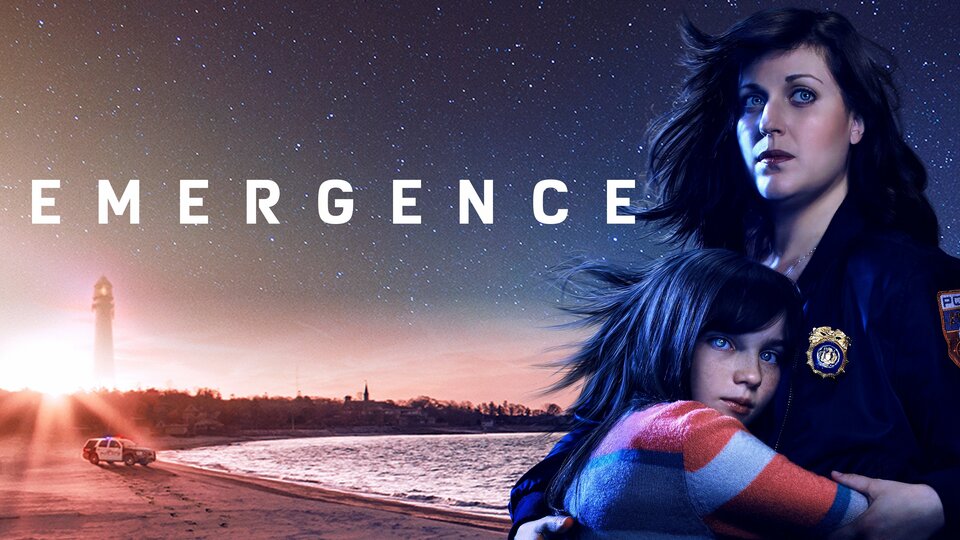