If there’s any actor who can make a film about financial crimes exciting, it’s Meryl Streep (above).

In Steven Soderbergh’s darkly comic drama based on the 2016 Panama Papers scandal, she plays a widow determined to learn why an insurance company isn’t paying what she’s owed after her husband’s death in a boating accident. That story, the “emotional heart of the movie,” according to Soderbergh, is one of many overlapping tales that reveal how some of the world’s elite use shady means to protect their wealth at the expense of others.

The all-star cast includes David Schwimmer, Sharon Stone, Gary Oldman, and Antonio Banderas (the latter two serve as the movie’s flamboyant narrators). All signed on quickly, says Soderbergh: “Everybody … just felt like this was a really fascinating story, and the script’s really smart, why not come play?” 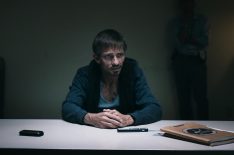 Dolemite Is My Name

But back in the 1970s, the real-life actor and comedian — played here by Eddie Murphy (above), returning to Hollywood after a several-year hiatus — struggled to land his big break. So he created an alternate persona, a cane-brandishing, kung fu–fighting pimp named Dolemite, who conquered the big screen. This biopic costarring This Is Us‘ Ron Cephas Jones and Wesley Snipes tells Moore’s remarkable story.