[Warning: The below contains MAJOR spoilers for The Rookie Season 2, Episode 1, “Impact.”]

The Rookie has returned, and after one big cliffhanger ending, the question of whether Eric Winter‘s Tim Bradford would survive or not has been answered. Luckily for fans of the tough cop, Bradford is alive and well and back on duty with the LAPD. Below, Winter gives us the full report on Bradford, covering everything from possible romance to that hilarious flour explosion in the Season 2 premiere.

Things weren’t looking too great for your character when Season 1 ended. But Bradford makes a quick comeback. What’s in store for him this season?

Eric Winter: Thankfully he does make a recovery. It’s an exciting intro back into the season, so people are going to want to see how all that plays out, but we’re going to see some fun stuff for him. We’re going to see a potential new romance and we are currently filming with a big NFL football team.

A little bit of a hint into Bradford’s past [reveals] that he was a strong athlete in school and played against some current pros. What I like about this season in general is we are diving a lot more into our characters. It’s a character-driven cop show, people learn about the people behind the badge. And in this season we dive into it even more. How Did Afton Williamson's Talia Bishop Leave 'The Rookie' in Season 2?

Following Williamson's exit from the series this summer, the series addressed Bishop's absence early in the premiere.

Considering his brush with death, do you think Bradford’s demeanor or approach to training Lucy Chen (Melissa O’Neil) will soften over time?

You start to see a few more layers with him. He’s still a hard-ass, he’s still tough, he still trains his rookies a certain way and he still wants to put her through the wringer. In his mind, it can’t be too easy because he wants to break you, he wants people to quit because that’s how much he cares about the job.

But in doing so, his level of respect for her this season, I believe, has gone up exponentially, and you’re really seeing them connect and bond a lot more with the given events that are taking place early on. So, he’s still tough with her, but she’s now figuring out a way to navigate a bit better and in return, I think it’s earning the respect and creating quite a fun dynamic and relationship. Bradford puts Chen through the wringer pretty good in the premiere with that flour IED. What is it like to film fun scenes like that? Do you think he enjoys testing her?

Yeah, it was super fun. That was one of these things where that whole gag and the way that was pulled together was clever. The way that test played out for her was another gigantic moment of Bradford pushing Chen, and testing her willpower to stay on the force. I think it played out really funny … I mean she was covered.

I can only imagine how long it took to clean off.

It was a nightmare. It was everywhere. The reunion is part of ABC's 'Cast from the Past Week.'

Bradford and Chen seem to have great chemistry — do you think it’s purely platonic, or could there be something more between them in the future?

It’s definitely something the fans talk about a lot, I think there’s legit chemistry. I think it’s a scary place. It’s something that Bradford would never organically do, being a superior to her. He already went down that road once [with Isabel] — they were in the Academy together and started on the same level and journey together.

I think what he went through being with a cop and the anxiety and stress that it brought upon himself was a lot and that has shaped him as a person. It would be a very delicate balance for him to even consider that, but I wouldn’t rule it out.

There is no question that there is a chemistry between Bradford and Chen that really sparks. They obviously are polar opposites, but they pull out the best in each other when they’re on the job. So I think it’s a real possibility. There’s so many intense moments in this show and lessons to be learned. What kind of prep did you have to do in order to play someone like Tim Bradford?

We did a lot of training, learned how to handle weapons properly. We did a lot of tactical training, like how to enter rooms. I did three ride-alongs, I think I’ve done the most ride-alongs in the cast, and I hit two really heavy divisions. One was Rampart and one was South East. And they’re heavy crime-driven divisions, gang-driven divisions and we came into a couple really sketchy moments where I’m on the job and I’m like, “I could never do this for a living.”

You’re married to Grand Hotel‘s Roselyn Sanchez in real-life. Is there any chance we could see you share the screen on The Rookie in the future?

We’ve been talking about it, trying to get her on The Rookie and I would love for that to happen. I want to find the right role. Alexi [Hawley] and I have talked about it a little bit. Hopefully we can find a really fun guest role that she can get some quality acting in, where it’s a good story point throughout the whole episode. What’s something you’re bingeing and loving on TV right now?

This is really funny because I am currently bingeing something and it’s Game of Thrones. I’ve never watched it ever, never saw one episode. Finally the eighth season ends and I’m like, “You know what? Let me see what everybody’s been talking about.” 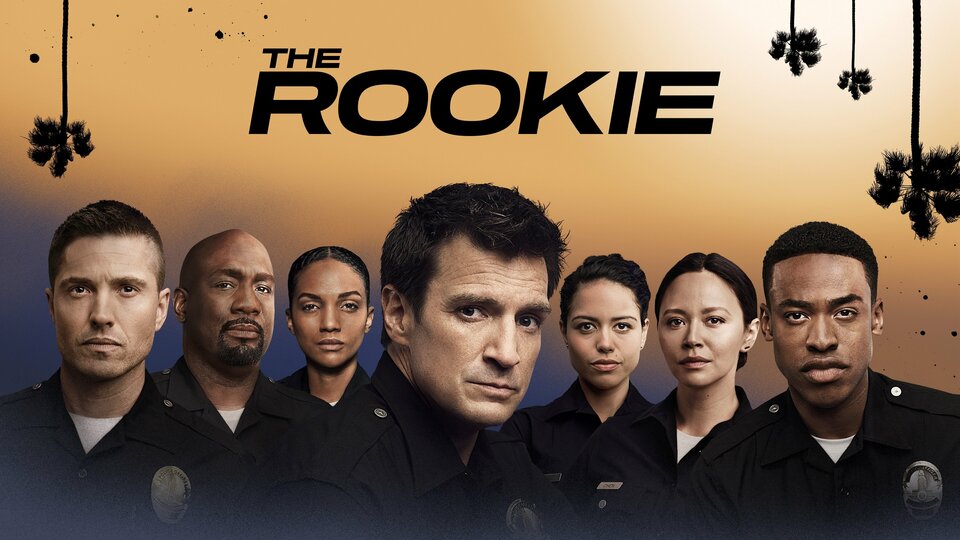