NBC’s long-running crime news program Dateline has continued to captivate viewers throughout the years. As Season 28 nears its Friday, September 27, premiere date, the program is celebrating with the launch of its first true crime podcast, The Thing About Pam.

Debuting with two half-hour episodes on Wednesday, September 18, subsequent installments will be made available throughout the week leading up to Dateline‘s return until all six are released to listeners. You can find the episodes at most places where you normally get your podcasts. Relaying the fascinating case behind Pamela Hupp — a woman linked to multiple deaths, as well as responsible for impersonating a producer of the show — is none other than Dateline‘s resident voice, Keith Morrison.

The reporter is lending his well-known vocals among many other skills to the podcast which ranked at number one on the Apple podcast charts ahead of launch. Below, he clues us in on the case which will also be covered for the fifth time on Dateline during the show’s season premiere.

What is it like getting to share this true crime story in a different way than Dateline has in the past?

Keith Morrison: We have [covered the story before], and we are doing it again for television because things have happened — things that make you scratch your head that are kind of unbelievable. So we’re able to live in all of those things in the podcast.

And the great thing about doing a podcast I hadn’t really considered very much before was how much extra time you get to live in the details that we otherwise have to take out. Editing down is difficult, what do you leave out, what do you put in? So the less you have to leave out, the more satisfying it is to tell the story. The reporter also reveals his reaction to Bill Hader's 'SNL' parody of him.

The woman at the heart of this case — Pamela Hupp — impersonated a Dateline producer among many other wild deeds. Where does this fall on the scale of crazy based on your years in this field?

I would say it’s its own flavor of crazy. God knows we’ve encountered things that [are] puzzlingly weird and crazy, but this is just unlike any other character I’ve encountered. The deviousness behind it and the antics she gets up to are one of a kind.

Are there any differences between working on the podcast and doing your voice-over segments for Dateline?

The script in the television broadcast is necessarily more truncated and also, you have the pictures telling more of the story. The words are the supporting cast for the pictures. In a podcast, it’s all the words you’ve written. The storytelling has to allow people to use their imagination, but to do so in such a way that is true to the facts of the story. It’s more time-consuming and more labor intensive than I expected it would be. It’s a very specific kind of work and storytelling, but satisfying. It’s fun to do. I was in radio years ago, way, way back in the beginning, and I loved it for that reason. In one way, you lose the advantage of having pictures to help tell a story, video, but it also gives you an advantage in that you’re not constrained by them. Now you don’t have to limit the kind of information that you get across because whether or not you have pictures, whether or not you have video is no longer a factor to consider.

What do you think draws fans and viewers to this case surrounding Pamela Hupp in particular?

Everything in life is a story, and one of the most popular types of story is about a recalcitrant character who tries to get away with bad things for a long time, and succeeds a lot of the time, and ultimately maybe doesn’t succeed — that’s a roller coaster of events. But at the heart of it is this character you scratch your head over and you don’t know what she’s going to do next. And sure enough, it turns out to be something quite surprising. So, I think that’s what attracts people to this.

For those familiar with Pamela Hupp’s story, will there be any new details on the case they haven’t heard before?

Well, I’m not even going to say a thing about that [Laughs]. They’ll just have to listen, won’t they? There will things people haven’t heard before. I’m confident about that.

Dateline is celebrating 28 seasons this year, how does it feel to be part of a program that remains so relevant in the ever-growing pop culture sphere?

I feel incredibly lucky, and it’s as simple as that. But to be part of such a thing is a gift, and I am grateful for that gift every day. Dateline has so many fans, from celebrities to everyday viewers. Is there any fan moment that remains memorable to you?

Oh. What’s one? I’d be hard pressed to pick one frankly. Although, finally meeting Bill Hader years and years after he started doing his very funny impression was pretty cool, I’ve got to say. He’s just such a sweet guy.

Speaking of TV, is there anything that you’re bingeing or loving right now?

It’s a bit esoteric, but I’ve just finished watching a series called Trapped, which is subtitled, so it’s probably not all that popular with people. But it’s an Icelandic murder mystery series, and it’s just, it’s a different way of looking at these cases, and it’s compelling, and the characters are interesting. It’s very human, so I’ve been enjoying it. 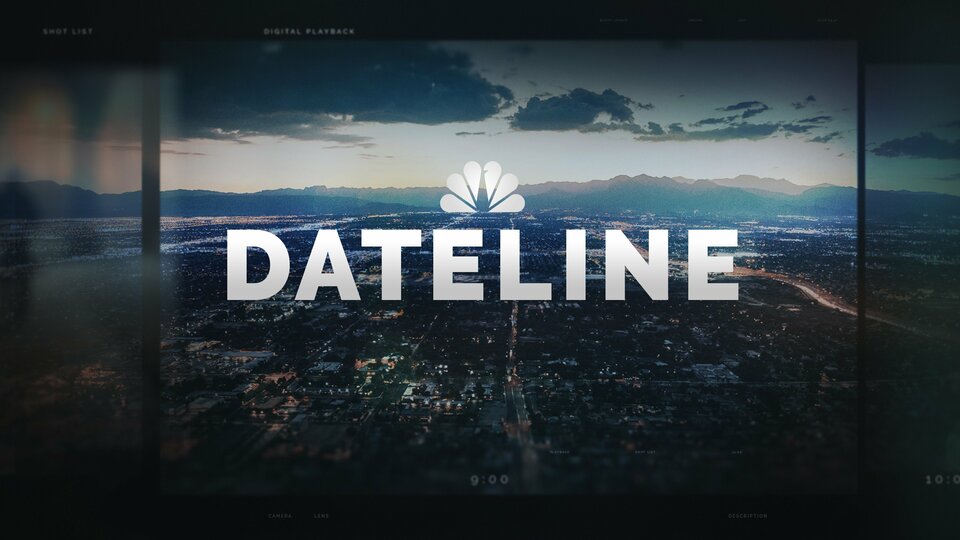