You recognize his voice when tuning into NBC on Friday nights — it’s a sound that’s permeated American homes since the ’90s — it’s Dateline‘s Keith Morrison.

Shrouding his narration in mystery and intrigue, he’s captured audiences’ attention for a quarter of a century now, as the news vet celebrates 25 years with the program. Despite being known best for helming episodes covering crime, Morrison has been a mainstay that’s reported on everything from Midwest murders to global events such as 9/11. In the wake of The Jinx, HBO's headline-making documentary hit, more tales of murder will soon unspool.

He’s spoken to so many individuals over the years, and we were lucky enough to flip the script and put the interviewer in the interviewee’s seat. TV Insider chatted with Morrison ahead of Friday’s all new episode “Evil Intent,” which follows the story of a young woman who fails to show up at work. When her mother rushes to her home, what she discovers leads to a mind-blowing investigation.

But the episode serves as an anniversary of sorts for Morrison as he clocks this 25 year milestone, “It’s gone by somewhat quickly, believe it or not,” he says, “as you might discover one of these years.”

Below, Morrison talks about his time with the show, celebrity fans, that Bill Hader impersonation on SNL and much more.

Which case or story has stuck with you the most over the past 25 years? Have any of them impacted you personally?

Keith Morrison: Well, you know what? Lots of them have. I’ve thought about it really hard — I’ll often come up with one or two that are sort of preserved as the stories that were most compelling or moving… There have been so many of them and they’re a little bit like children in a way, you know, you don’t want to pick one.

It’s one of the very sweet things about having been able to do this for the last quarter century — amazing stories. Some to do with the justice system and people who’ve falsely confessed and whose cases we’ve followed. To watch them walk out of prison after years and years and years being falsely convicted is a pretty remarkable thing.

I often cite the story of a proud Vietnam veteran who had carried a photograph of a little girl — the daughter of his first kill — and [we] went back with him to talk to her and he apologized for killing her father. That was one of the most truly remarkable things that I ever saw. But there are so many of them … Interviewing someone who is undergoing brain surgery even as the surgeon is manipulating bits and pieces in that person’s brain — there’s just dozens and dozens.

How often do people ask you about crime? Do you get a lot of legal questions from viewers?

[Laughs] The questions are usually about, what is it that makes these stories about crime and punishment so fascinating to people, and you know, I’ve thought long and hard about that myself. I suspect that there is something having to do with what makes humans tick. It also makes it important for us to recognize what the boundaries of behavior are and, from an evolutionary point of view, what the dangers are out there. We react predictably to these kind of events and somehow people feel the need to know about them, and it certainly has made the genre popular.

Pop culture has embraced you through impressions like Bill Hader’s on SNL — how does that feel and what was your initial reaction?

My initial reaction when it first started happening is I didn’t know what to think. I’d look and be horrified and delighted at the same time. It’s strange – you know how you get those feelings that are both ying and yang at that moment, you really don’t know which one it is? So, there’s a natural thing that probably occurs to most people with somebody who’s doing a parody of them, which is, “oh my god, they’re making fun of me.” And then your very next thought is “that’s so funny and great [Laughs] that they’re making fun of me.” It’s been cool [Laughs]. He seems to be a very nice man, Bill Hader… although I’ve never met him.

What kind of advice would you give to up-and-coming aspiring reporters in today’s world of so-called “fake news”?

I wish I knew what words of wisdom to offer. This is a very strange landscape we’re in right now. Technology changes everything, we’re creatures of our tools and social media has really upended things along with various political developments. I think you concentrate on the basics of journalism, which is good reporting. According to the basic rules of reporting — careful reporting, careful fact checking — and because we’re essentially storytellers, you have to know how to write in a way that is compelling. If you do this on television, you want people to listen, you want people to feel as if they’re part of the story and being told the story, so learning to write that way is a very important part of it.

Have you ever had a crazy experience behind the scenes? If so, what happened?

[Laughs] Lots of times, like the preacher who had killed his young second wife — he had two at the same time — but he killed her. He chopped her up into little pieces and put her into Tupperware containers and drove out into the desert and buried her remains. He was eventually caught, but not for several years, and when I interviewed him in jail, he tried to be a reasonable person. But before I left, he said to me, essentially his tone was “I don’t see what all the fuss is about, I’ll see her again in heaven. I mean, we’ll be together again and she’ll go back to being my wife.” That’s just one of so many.

A serial killer who looked at me through the glass in a prison in Texas, he was suspected of killing multiple people and the authorities were trying to get him to admit to what he had done… So, we were sitting talking and he just gave me the most amazing look… I can’t even remember what he said, but he put on the act of a true evil serial killer and then stopped abruptly and started laughing just because he lead me on. What do you think is the most common misconception made about you by fans and viewers?

I get extremely nervous in large groups of people. Occasionally I have to speak at events and I just about die beforehand. It’s fine to go on TV with millions of people watching, but to get in front of a crowd of a hundred and fifty people, I fall apart.

What do you watch on TV when you’re not busy sharing these Dateline stories?

There’s so many good shows on TV. I love [Barry], it’s so good. It’s curious, isn’t it? These shows like that one, The Americans and a number of other shows are very dark and they kind of turn the idea of good and bad upside down. You find yourself rooting for the bad guy because the bad guy is portrayed the way good guys are and they inject that kind of dark comedy in the middle of it… I suppose it’s one of the things that attracts people to stories, it just upends your usual way of thinking. I have to admit I’m looking forward to the last season of Game of Thrones. We do have a specific group lead by one person — who’s remarkably gifted at it — who chase stories all the time. They’re just on the look-out constantly, but all of us do that… I work with a number of producers quite regularly and have been for a quarter century with some of these folks. So we will do a story in Montana and as part of doing the story you talk with quite a few people in the area where it happened – the police, prosecutors, defense attorneys, you name it – and you get to know about other stories then one leads to another. Sometimes they’re a couple years old but it really hardly matters because they’re great stories.

The stories get pretty dark. What do you do to get your mind off of those less-upbeat topics at the end of the day?

Well, I love my kids and I love my wife. I love my dog. I’m a naturally optimistic person I think, I don’t really focus on the terrible things and terrible deeds. I recognize that they’re there and am very interested in what precipitates that kind of behavior — what lies behind it is absolutely fascinating — but it’s fascinating and not horrifying to me.

Have you ever been surprised to learn a particular person — perhaps a celebrity — was a fan of the show?

I have been, yeah. And sometimes people will come up to me who I just never would have thought — it’s surprising. I got to meet Lady Gaga one time because she’s a fan of the show and a very sweet person. It was nice to have a few words with her… Kristen Bell has been such a sweet person and has kept in touch over the years. Dax Shepard and Kristen Bell, they’ve been loyal fans.

You’ve been with Dateline for 25 years. How many more years do you hope to continue with the program?

Well, when they boot me out the door, I figure [Laughs]. I hope it doesn’t get to the point where somebody has to come up to me and say, “Keith, it’s probably time you left, you shouldn’t do this any more.” [Laughs] And eventually it happens to everybody, but I hope not for a while. 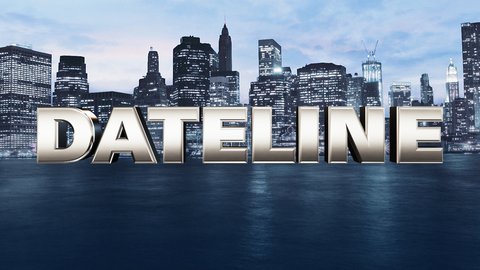