He’s won two Primetime Emmys for Outstanding Choreography in the past, but this year, World of Dance host Derek Hough attended the Creative Arts Emmys as a presenter.

He chatted with TV Insider on the pre-show red carpet about what’s coming up next on the NBC dance competition show on which he’s a judge and gave us the scoop on a special he’ll be doing later this year with his sister, Julianne Hough, currently a judge on America’s Got Talent.

The good thing about not being nominated this year is that there’s no pressure! What’s coming up on the next season of World of Dance?

I’ve been doing some auditions and that’s what’s different this year. I’m going to be much more hands-on in the audition process. I love it. You get to see the unrefined version — the ‘diamonds in the rough,’ if you will. It’s exciting.

What has World of Dance done for the dance world that is unique?

I think it has elevated dance to a different level of creativity and quality. It’s amazing to see these young dancers who have been as young as nine-years-old from the first season. I’ve seen them more recently and they’re these phenoms! You see them get better and better. The standards are so high on the show. The level of dancing is beyond and they keep meeting that standard. It’s amazing. Plus, their first impressions of Howie and Simon, what surprised them most, and an exclusive sneak peek!

What are your thoughts on the way the dance community came forward and spoke out after Good Morning America’s Lara Spencer made a remark about Prince Harry taking ballet classes (which she later apologized for)?

Having been bullied when I was younger for studying dance, I have to say that, for a moment, it triggered me. It also made me feel incredibly grateful to be where we are now. Her comment was dated. It seemed old. There’s been an immense amount of change. Today, I see dancing being celebrated and thriving. I see boys being the most popular in their schools because they’re dancers.

It’s all changed in the past decade. It’s important that when something happens [like Lara’s comment] not to become a “defensive bully” in response. I see that happening a lot in today’s world. It’s important that there’s communication and discussion and that’s what happened in this case. I’ve asked you in the past when are we going to see a “Derek and Julianne Hough Variety Show” a la Donny and Marie on TV! It’s a no-brainer.

Yes. Oops! That’s not announced yet. My bad. We [do] have something fun coming up for the holiday season. 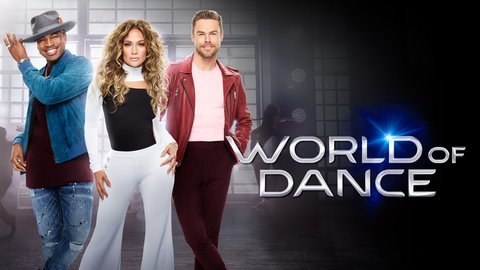 World of Dancewhere to stream