Roush Review: There’s No Place Like (a Fake) Home in ‘A Very Brady Renovation’

Honey, they’re home! And not just any home.

Few TV sitcom domiciles are as iconic as the Brady Bunch house — or at least the outside. In an ingenious and cheerfully cheesy mashup of pop nostalgia and HGTV’s extreme-makeover brand, A Very Brady Renovation reunites the six former child actors who played the Brady kids. They’re teamed with top HGTV talent on a mission to replicate the soundstage interiors within the actual Studio City, California, house used for exterior shots.

As Hidden Potential’s Jasmine Roth notes, “We’re rebuilding a set, but we have to make a house that works.” Which means adding a showerhead and toilet to the kids’ Jack and Jill bathroom.

It’s not always a sunshine day — rain delays one project 11 days — as the crew demolishes much of the original interior and builds a 2,000-square-foot addition, all to make room for familiar spaces, including bedrooms (with digitally printed wallpaper) and the den of Mike Brady (the late Robert Reed). See before and after as HGTV designers like the 'Property Brothers' and the 'Brady Bunch' cast take us inside 'A Very Brady Renovation.'

During one reveal, Christopher Knight (Peter) observes, “It’s a strange kind of place, between fiction and reality.” To which Susan Olsen (Cindy) quips, “It’s The Brady Zone.”

There really is no place like a fake home. 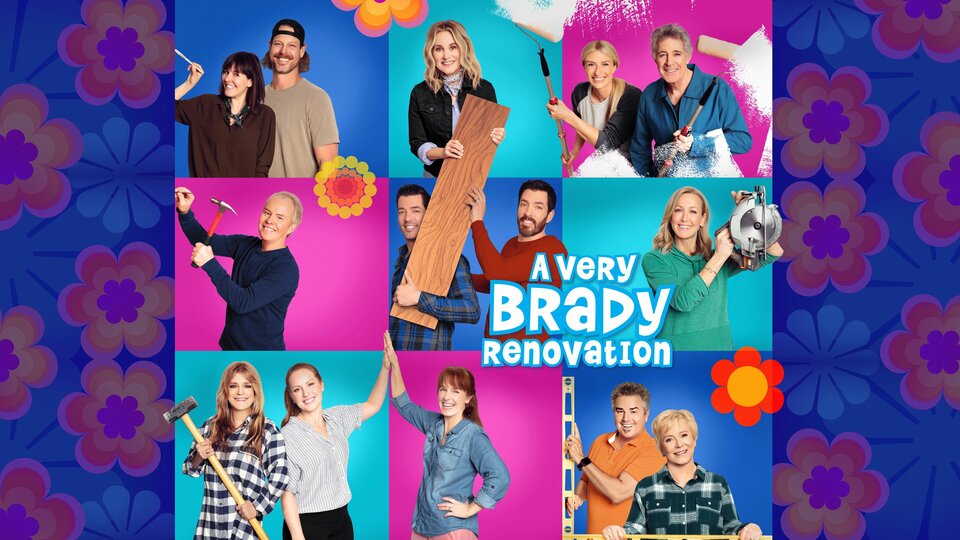