A Black Lady Sketch Show (11/10c, HBO): BET’s loss is a big win for HBO, with a new showcase for the gifted comedian Robin Thede. The former head writer for The Nightly Show with Larry Wilmore, then short-lived host of her own The Rundown on BET, Thede now stars in, executive produces (with Insecure‘s Issa Rae) and writes this uproarious and fast-paced ensemble comedy of wide-ranging sketches featuring co-stars Ashley Nicole Black, Gabrielle Dennis and Quinta Brunson. A framing device finds the uninhibited foursome playing “Never Have I Ever” and other diversions while the apocalypse rages outside, and it’s hard to imagine anyone whose company would be more welcome at the end of the world. Among the guests in the opener: Angela Bassett, Laverne Cox and Nicole Byer, with sketches including an outrageous send-up of a Temptations-like Motown group and a segment introducing “Trinity, the Invisible Spy”— an inspired commentary on body image and perceptions of beauty. It’s all worth staying up for.

Plus, find out about the cast's plans to take things from set when the series ends with Season 7.

Marvel’s Agents of S.H.I.E.L.D. (8/7c, ABC): After a harrowing season filled with parasitic aliens and other cosmic dangers, the S.H.I.E.L.D. team must find a way to prevent the oncoming end of everything in a two-hour finale. While casualties are always a possibility with this crew, we figure they’ll avert at least enough disaster to be able to carry fans into a final season next summer. Director-choreographer Kenny Ortega also teases a musical number unlike any they've done before in the Disney franchise,.

Descendants 3 (8/7c Disney Channel): While as jubilant as any musical fantasy, the latest in the Descendants series has a poignant undertone for the many fans of Disney star Cameron Boyce, who passed away last month at the young age of 20 from a seizure. He plays Carlos, son of the infamous Cruella de Vil and one of the “VKs” — aka Villain Kids — who return to the Isle of the Lost in hopes of closing the barrier to the free nation of Auradon. Cheyenne Jackson joins the Descendants family as the notorious Hades, who teams with devious Uma (China Ann McClain), the daughter of The Little Mermaid‘s Ursula, to thwart the good kids’ best intentions. As always, expect plenty of enchanted singing and dancing.

American Masters: Worlds of Ursula K. Le Guin (9/8c, PBS, check local listings at pbs.org): The influential sci-fi author of the Earthsea series and the breakthrough feminist classic The Left Hand of Darkness (marking its 50th anniversary this year) is profiled in a new documentary featuring excerpts of candid interviews conducted before her death in 2018. Her impact is discussed by famous literary fans including Neil Gaiman, The Handmaid’s Tale‘s Margaret Atwood, Michael Chabon and David Mitchell. Inside Friday TV: As Discovery’s Shark Week begins to wind down, specials include Isle of Jaws: Blood Brothers (8/7c), in which a team of explorers heads back to the West Australian isle to investigate two sharks believed to be kin; and Andrew Mayne: Ghost Diver (9/8c), featuring the illusionist and inventor whose goal is to create an innovative “Shark Suit” that would render him invisible to the underwater predators… Marianne Williamson, whose profile has risen lately as one of the seemingly thousands of candidates for the Democratic presidential nominations, is the mid-show interview guest on HBO’s Real Time with Bill Maher (10/9c)… What’s worth streaming? Consider Netflix’s starry Otherhood, a movie from Sex and the City‘s Cindy Chupack, about the friendship of three moms (Angela Bassett, Patricia Arquette and Felicity Huffman, filmed pre-college admissions scandal) who visit their neglectful sons in Manhattan. Also on Netflix: a third season of the provocative Dear White People, following the fortunes of students of color on a predominantly white Ivy League campus… Hulu continues its monthly series of graphic horror fables with Into the Dark: School Spirit, where ghostly scares are grafted onto a Breakfast Club-like story about misfits stuck in weekend detention. Unlike in the world of John Hughes, these high-schoolers are confronted by more than their own demons. 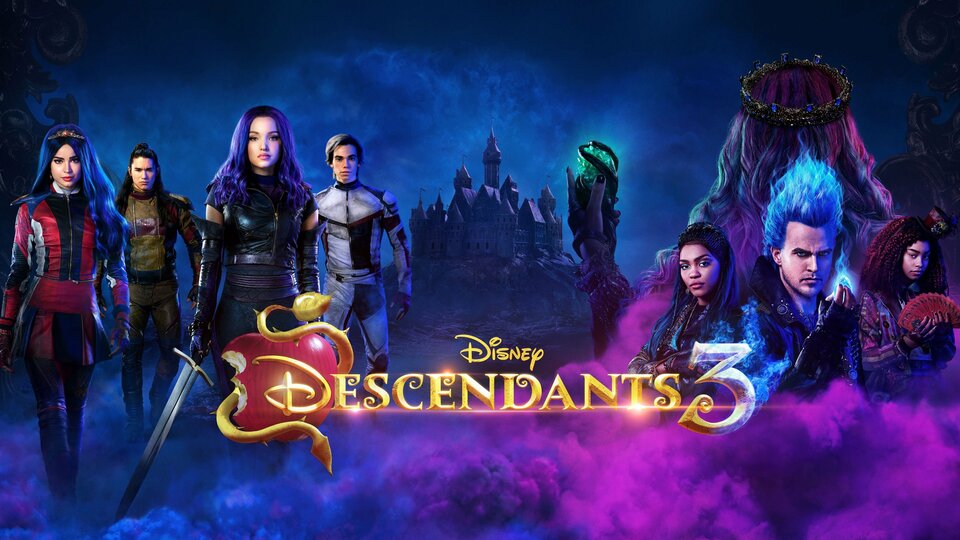 Descendants 3 where to stream