‘New Amsterdam’ EPs on That Season Finale Cliffhanger: ‘Someone Dies’

[Warning: The below contains MAJOR spoilers for the Season 1 finale of New Amsterdam, “Luna.”]

The good news is Max (Ryan Eggold) and his family survive the first season of New Amsterdam. The bad news is someone doesn’t — and we won’t know until Season 2.

Despite Georgia (Lisa O’Hare) having to give birth at home and Dr. Bloom (Janet Montgomery) taking the choice Max can’t make off his hands — between his wife and unborn child — both Georgia and Luna live. But the ambulance they’re riding in to the hospital is involved in a crash.

The finale will also test Iggy.

Max and Luna appear to be okay, relatively speaking. Georgia is taken off to the hospital. Bloom’s seriously injured after going flying through the windshield. Someone’s dead. And we don’t see Helen (Freema Agyeman) at all.

TV Insider spoke with executive producers David Schulner and Peter Horton to find out what comes next after the crash and what they hoped to accomplish with Max and Helen’s complicated relationship in Season 1. I kept waiting for something to happen after we saw Georgia was going to be okay, but I wasn’t expecting that crash. What went into the decision to end the season this way? And what can you say about who was taken to the hospital? It looked like those working on Bloom were running alongside someone on a stretcher, but I didn’t see Helen after the crash and someone near where Bloom had been lying is dead.

David Schulner: We knew that Iggy’s (Tyler Labine) story would have to reflect back on the Max story, and we always knew Iggy’s summation of the pipe bomb story about PTSD and about how the brain processes information and how life is so fragile and everything can change in an instant. We knew that those two stories would overlap at that point, so the happy ending we give Georgia and the baby and the reunion in the ambulance was never going to be the end of the story because stories don’t work that way.

Peter Horton: Someone indeed dies. The sheet was put in there on purpose and you’re right, we do see them running along a stretcher. It looks like it could be Bloom. We see Georgia on a stretcher. We don’t see Sharpe. All those were by design.

And the front of this hiatus is going to be wondering who it is, and we have a really great way of revealing who that is in the first episode of next season. Yes, everything you think you saw you indeed saw.

Schulner: And didn’t see. You didn’t see for a reason.

Let’s talk about Max and Helen’s complicated relationship and the steps you wanted to take with them this season. How did you see their relationship evolving and where did you want to leave them at the end of the season?

Schulner: From the very beginning in the pilot when Helen resisted Max’s entreaty to come back to the hospital, ending with her coming back to the hospital and saying, “I’ll be your doctor,” we knew that we wanted to end the season with her taking over Max’s care again and that was the most important part of their relationship. It’s always been the most important part of their relationship, the doctor/patient part, because without that, Max could be dead and it doesn’t matter what anyone else is saying about them. We know fans love many parts of their relationship, and Max and Helen have a wonderful, complicated friendship that I don’t think you get to see a lot on television. And that to me is the most exciting part of writing for them, to show an adult friendship full of contradictory and complicated impulses.

Horton: It often happens in life where you meet someone where you just have chemistry with them, and that is the case with the two of them onscreen, and that doesn’t mean you act on it. Life is complicated. Max clearly is married and has a child on the way, and he’s not the kind of guy who would violate that.

The medical director's life is on the line as he battles throat cancer.

At the same time, chemistry exists, and you have to contend with it on some level and I think, as David says, that’s something that you rarely see. Usually those things turn into affairs. They don’t just live in the context of complexity that we all have in our lives, and it’s fun to really explore that with two adults who are good people.

Reynolds (Jocko Sims) learned to throw out his plan after being so set in what he wanted. Though he says he doesn’t care about his plan as long as Evie’s (Margot Bingham) with him, is that going to remain the case? What’s his mindset during those conversations with his family, when he proposed and then when he sees the accident? 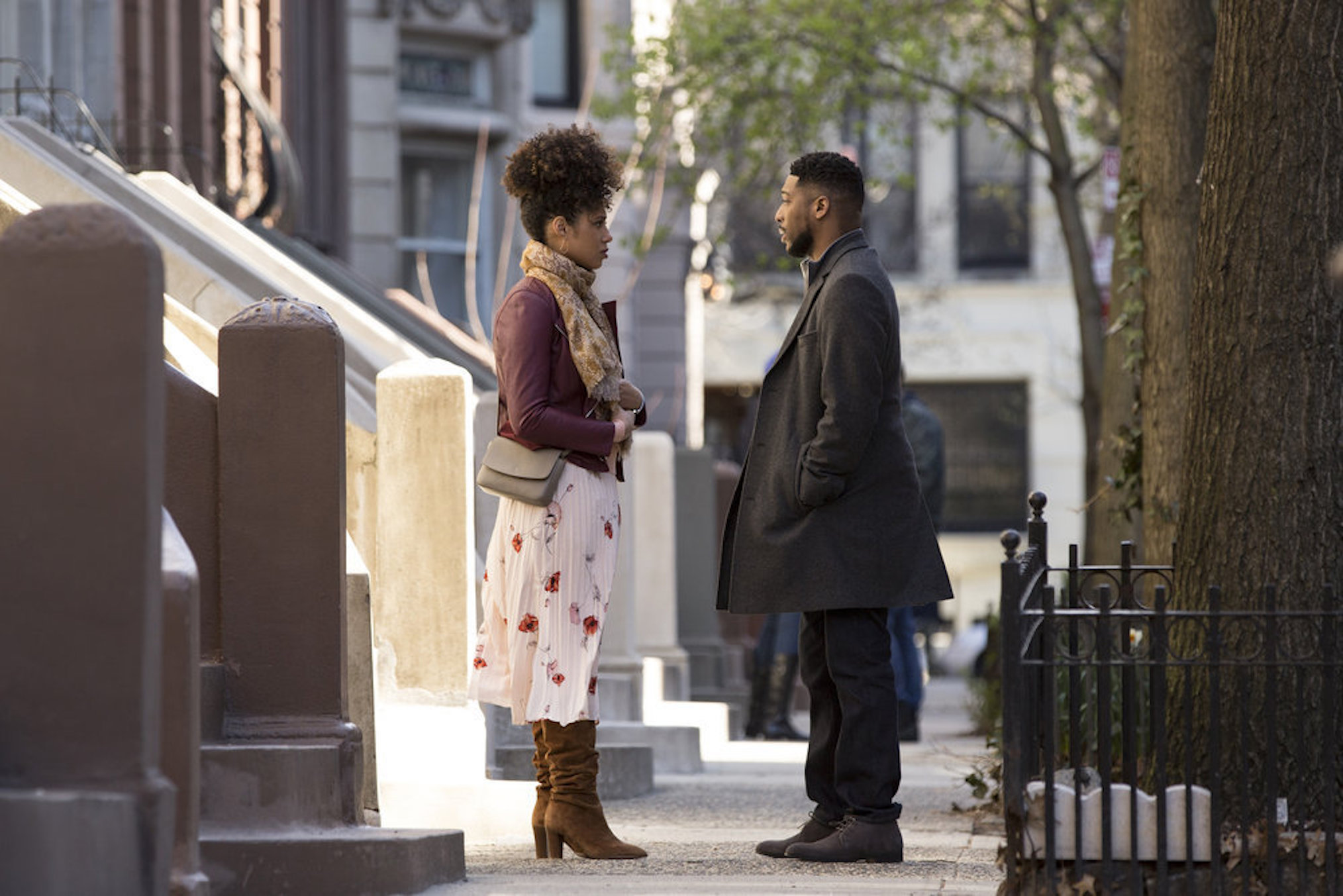 Horton: He’s going to have a rough hiatus. I think he feels all that. The contradiction of having to step away from the magnetism of your family and for the first time in your life, do what feels right to you in spite of that is full of cross-currents, and he means it. He definitely loves her and is definitely taking this step. And it’s going to be hard. There’s a lot of power in that magnetism.