Thank you, Soap Opera Gods, for bringing us Ambitions. We are not worthy.

But we are in. All in. And anyone who considers themselves a primetime serial addict will be jonesing for OWN’s new scripted steam-fest, too, once they peep this exclusive trailer. Honestly, just the key art poster is enough to get us going. Executive produced by series creator Jamey Giddens and Will Packer (Girls Trip), Ambitions stars Riverdale‘s Robin Givens as Stephanie Carlisle Lancaster, a cutthroat and mega-fashionable lawyer whose hunky hubby Evan (Brian White of Mistresses) is the Mayor of Atlanta with dreams of becoming the first African-American governor of Georgia.

And based on this trailer, we’re pretty sure both of them have, well, ambitions beyond one another, if you get our drift. Check it out:

It’s about damn time someone snatched up Givens for a leading lady-boss role (let’s just forget that MyNetwork TV telenovela Saints & Sinners). She was born to play bad and it’s so clear the writers are smartly tossing her every soap-bitch bone to chew on as her Stephanie tears through everyone who crosses her path.

Plus, the actress teases 'unexpected love' in the show's future.

Among the front-runner foes: Marlon‘s Essence Atkins as La Lancaster’s college pal-turned-frenemy in the U.S. Attorney’s office and Erica Page as a thirsty fashion designer. But the one we cannot wait to see tangle with Givens is Brely Evans (so delightful in You Can’t Fight Christmas), who will be raising all sorts of hell as Stephanie’s sister-in-law, a restaurateur who winds up leading a community campaign to fight gentrification.

Diverse, dirty, stylish and socially minded? Pour us a stiff one because we’re so excited, we need to throw a drink in someone’s face! 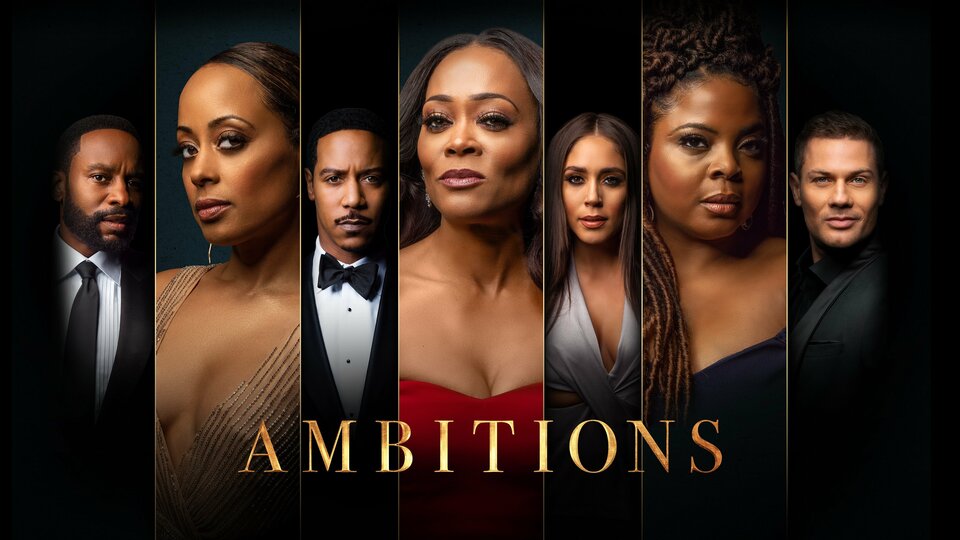