Here are six things to keep in mind:

Coulson may be dead, but Clark Gregg isn't going anywhere.

The Action Picks up a Year Later

Engineer Fitz (De Caestecker) perished in the finale, but thanks to time travel, there’s now an unharmed, cryogenically frozen version of him floating in deep space in the current timeline.

Not so lucky: leader Phil Coulson (Gregg, also director of the season opener), who suffered a slow death via poison, but not before sharing a sweet Tahiti-based goodbye with May (Wen). Giving the gang time to grieve was important, Bell explains. “If we picked right up, there would just be a lot of sadness.” 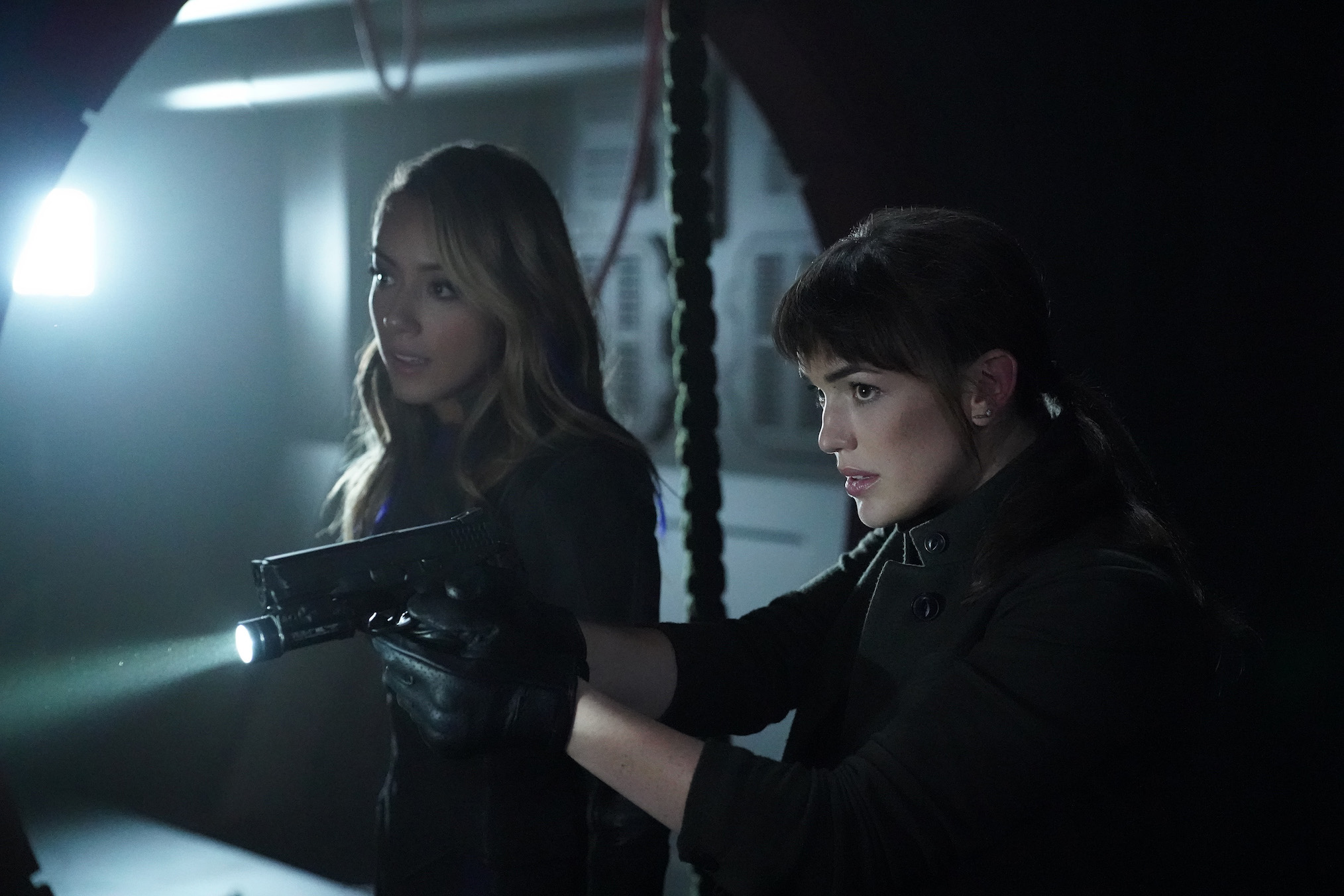 The Team Is Splitting Up

One half, including Fitz’s wife, Jemma Simmons (Henstridge), is on a mission to find his cryo-chamber among the stars. “There’s a fire in [Simmons] now,” Bell says. The rest of the team (including the return of Joel Stoffer’s robot-like Enoch) will be busy exploring mysterious anomalies on Earth.

Gregg Is Still Around—But Not as Coulson

His menacing new character is called Sarge, and as executive producer Jed Whedon teases, “he’s nothing like Coulson.” “Where Coulson would never leave a man behind, Sarge really doesn’t have a problem with that,” Bell adds. Yikes.

How will the squad move on without Agent Coulson?

Mack (Simmons) Is Officially the Director of S.H.I.E.L.D.

But, “he’s having doubts about his ability to do that in the shadow of Coulson,” Bell explains. And how does his girlfriend/fellow agent Yo-Yo (Cordova-Buckley) feel about the promotion? “It will change the dynamic of their relationship,” Whedon confirms.

Daisy (Bennet) Is Stronger Than Ever

As Whedon puts it: “She’s cranked her dial to 11.” But can she continue to withstand romantic advances from Deke Shaw (Ward, now a series regular)? “[His] feelings may still be present,” Whedon admits. “Something from somewhere else has come to Earth with bad intentions,” teases Whedon. Bell goes a step further: “It is apocalyptic.”