Worth Watching: Cher Takeover on ‘Tonight Show,’ Live Cross Battles on ‘The Voice,’ a ‘Neighborhood’ Memorial

The Tonight Show Starring Jimmy Fallon (11:35/10:35c, NBC): Snap out of it? Easier said than done when the late-night show bows down to Cher in a “Broadway takeover” led by cast members of Broadway’s The Cher Show — Stephanie J. Block, Teal Wicks and Micaela Diamond, who play the pop icon at various stages of her life — and the Oscar-winning diva herself. Cher duets with Block on “If I Could Turn Back Time” — which is what the entire episode is about, really. Plus, see the actor play a game with 'The Tonight Show' audience.

The Voice (8/7c, NBC): Perhaps feeling the heat from ABC’s American Idol (8/7c), which airs its first live elimination show in the same time period, narrowing its field from 14 to a Top 10, The Voice counters by introducing a new round described as a game changer: the Live Cross Battles. Coaches will select one singer from his or her team to go up against an opponent in a classic “schoolyard pick,” and America votes on who will move on. The coaches will get one save or steal during this process, which could leave some teams going into the Top 24 live show with uneven numbers for the first time. Hey, whatever keeps the formula fresh.

The Neighborhood (8/7c, CBS): Calvin (Cedric the Entertainer) may not be the friendliest guy on the block, but when the Butlers open up their house to host a memorial for a curmudgeonly neighbor who passed away, Calvin experiences an epiphany that could affect his role in the community. CBS has already renewed the comedy for a second season, so it’s time for some character growth. Inside Monday TV: Netflix presents a family sitcom with an edge in No Good Nick, starring Sean Astin and Melissa Joan Hart as parents who take in 13-year-old Nick (Siena Agudong), a grifter out to ruin the family she feels ruined her life. Will their warm fuzzies give her second thoughts?… TBS marks the 20th anniversary of Family Guy with a marathon of 20 favorite episodes selected by creator Seth MacFarlane, starting at 10:30 am/9:30c… Without an NCIS lead-in, CBS’s military legal drama The Code sets up shop in its regular night and time period (9/8), with Captains Abraham (Luke Mitchell) and Dobbins (Anna Wood) facing off in a war-zone courtroom. The case involves a Marine charged with abandoning his post, resulting in three soldiers’ deaths… A true-life military dilemma unfolds in the PBS documentary Marcos Doesn’t Live Here Anymore (9/8c, check local listings at pbs.org). The film from David Sutherland (The Farmer’s Wife), a special presentation from Independent Lens, Frontline and Voces, follows decorated U.S. Marine veteran Elizabeth Perez in her efforts to reunite her family after her undocumented husband, Marcos, is deported to Mexico. 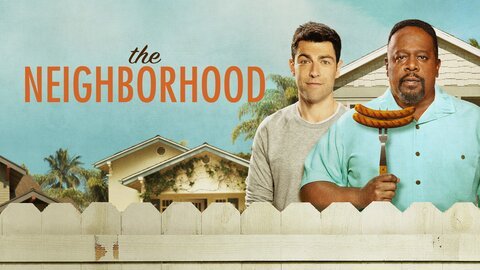