HGTV’s big-bucks renovation series Bargain Mansions returns for a second season on Monday, April 15, and star Tamara Day is excited to get her hands dirty again in her hometown of Kansas City, Mo.

“It’s such a neat thing to get to be a part of something where you’re saving history, but you’re saving the history of your town as well,” she shares.

The first of seven homes that Day and her team‚ which includes her adorable dad, renovate in Season 2 is a 6,000-square-foot center-entry Colonial with a whopping $550,000 purchase price. Add on to that the $300,000 that Day plans to spend on renovations, and the figures don’t seem like a bargain to us! The 'Fixer Upper' duo are coming back to TV in a big way.

“When you see the show and you see this neighborhood, that was a huge bargain,” Day explains. “You’re right—is it a cheap, inexpensive house?—absolutely not. It has seven sun porches! Each bedroom had two rooms to it—you’d walk in the door and each room had its main room and then an auxiliary room—even the children’s bedrooms!”

And with big square-footage can come big eyesores, but Day isn’t deterred.

In this exclusive clip from the Bargain Mansions Season 2 premiere, Tamara and her dad walk through the property and check out a sun porch that’s on a roll, and the house’s retro—in a bad way—kitchen.

“Without a doubt, the kitchen is this home’s worst room,” says Day. “In such a historically beautiful home, it is just so awful. We found all of the original blueprints, and they were designed by Frank Lloyd Wright’s assistant. This house had some really great history, but you walk into this kitchen, and it was like a cedar tree just exploded in there!”

Day reveals that one of the unique aspects of Bargain Mansions‘ format of back-to-back new episodes is the immediate pay-off for busy— and impatient—viewers.

“You get a reveal every 30 minutes, but you get the whole house in the hour,” explains Day. “You get to see phase 1 of the house reno in the first half hour, and then see how we complete the project in the second episode.” Day loves that Bargain Mansions showcases how she breathes new life into formerly loved, but recently neglected, homes. She shares a sweet story about one this season’s properties.

“One of my favorite properties this season is the Jefferson House. The homeowner had lived there forever, and the neighbors loved him so much, they named the side street after him. They literally had street signs put up in his name. And when he passed away 16 years ago, his family couldn’t let go of the house. They just felt like they couldn’t just let anybody have it.”

Day continues, “But when we came and knocked on the door and said, ‘We see that your house needs some love, and it’s been vacant. Is there a chance you’d be willing to sell it?’ the family was overjoyed that someone wanted to restore such a beloved place.

“Even though they’d higher offers from other people over the years, they knew that I was going to take it, and fix it, and love it the way he would have wanted. The family got to come back through during one of the open houses, and they had tears in their eyes, they were so happy.” The new series is set in the beautiful Pacific Northwest. 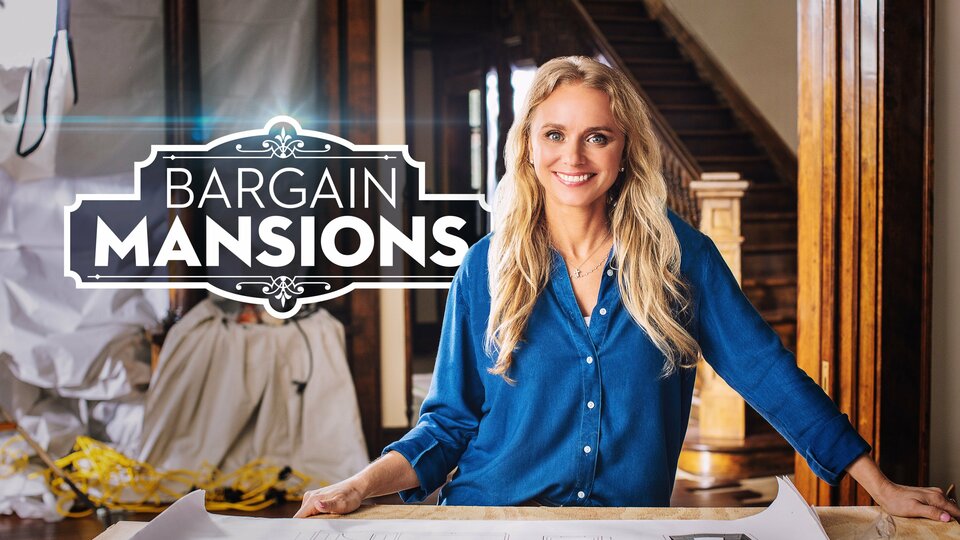 Bargain Mansions where to stream