LAPD detective Harry Bosch is no by-the-book cop, as fans of the gritty drama Bosch know. “Though he breaks rules, he’s never corrupt,” says Titus Welliver, who plays the character created by Michael Connelly in his bestsellers.

“He has a solid moral compass.” But this season, some say that compass once went askew: A lawyer for Preston Borders (Chris Browning), a serial killer on death row whom Bosch helped put away, claims he was convicted with tainted evidence. Welliver talks tough with us. Picking up 15 months after Bosch brought his mother's killer to justice, the fifth season will see him search for truth once more.

What can you reveal about the Preston case?

Titus Welliver: Bosch knows that Preston is guilty, and he knows that everything he did was righteous. But he wasn’t the only cop who was working that case. Did someone else manipulate evidence?

It’s so serious, Bosch gets an attorney. Who wants to see him go down?

Borders and his lawyer, as well as Christina Henry [Bianca Kajlich], an investigator in the Conviction Integrity Unit, a short-lived girlfriend who blames him for stalling her professional advancement. She’s holding this grudge. On top of all that, he also goes undercover in a drug ring. Why?

He’s caught up in this case in which a pharmacist has been murdered. As things unfold, he’s thrust into having to go undercover. He’s a homicide cop, not an undercover or narcotics cop, so he’s out of his element. It’s all upside-down! 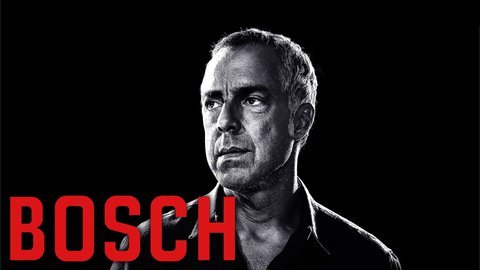