In an era where women’s empowerment and gender equality are prevalent, Wife Swap is returning to the airwaves with 10 new episodes. The reality series’ original incarnation last aired on ABC in 2013, and its reboot was initially pegged for CMT before finding its home at Paramount Network.

The concept remains the same — two families from different walks of life each have a spouse move in to the other’s home. They must adhere to the same rules and lifestyle put into place before infusing their own methodology, with everything from the way chores are done and dinner is made to how to juggle both a career and raising children. The couples then come together to discuss the experience. What's Going On at Paramount Network?

The Viacom network has been changing, with the recent departure of 'First Wives Club' and failures of 'American Woman' and 'Heathers.'

Tori Socha, vice president of original programming for Paramount Network, believes now is the perfect time for the show’s return.

“I think our country is more divided than ever, but people are celebrating their beliefs more than ever,” she said. “This is really a great opportunity to bring unlike-minded people together with the goal of learning from one another and, hopefully, finding some resolve at the end of the day. It’s a great time to celebrate the differences of our culture, but also show another perspective from each kind of family.”

The essence of the series remains the same, though there was a conscious effort to find families who reflect today’s society. Liberal, conservative, gay, straight — the modern family has many forms, and Wife Swap spotlights that. Producers found individuals who were strong in their beliefs, yet were willing to at least hear out others bringing new perspectives to the table. 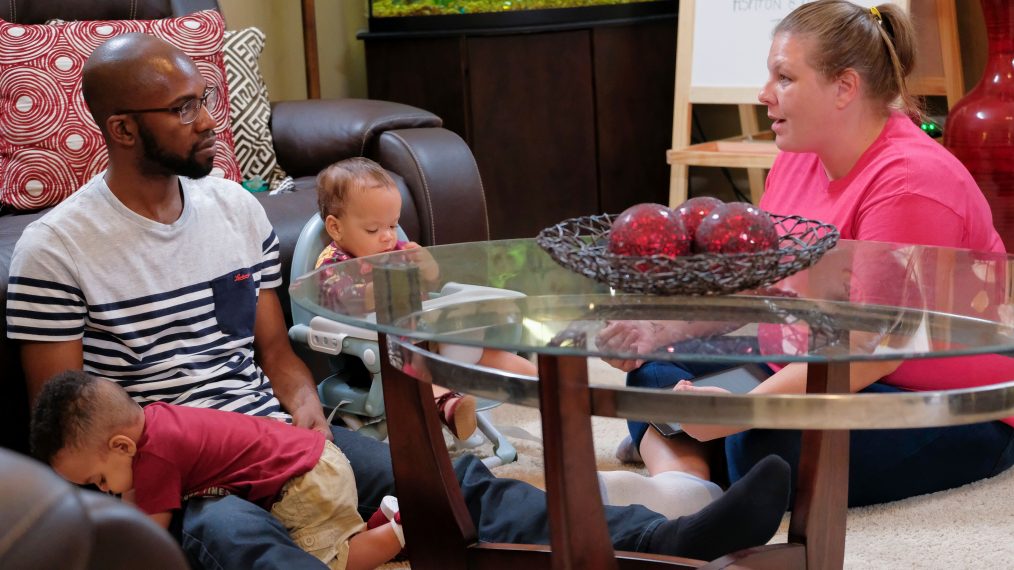 An old-school mother of 8 kids swaps lives with a gay young millennial dad of two infants who believes that the old ways aren’t always the best. (Paramount)

“These very topical types of swaps will refresh and excite fans of the show who have watched previous seasons. The format itself is what you’ve come to love after all these years. Wife Swap is a huge international hit with the format super clean in every episode. We wanted to honor that, but just with certain tweaks to refresh it.” And the network orders a new dramedy series from Darren Star.

At the moment there is not much talk of a Celebrity Wife Swap reboot, and Socha believes viewers enjoy the relatability of the everyday families. The latest additions are part of the newer network’s efforts of bringing a balance of alternative programs, as well as scripted content that appeal to men and women.

“We want Wife Swap to be about people coming together,” Socha said. “More often than not, people have learned from each other. They might not still agree with the other person, but perhaps they’ve gained a new perspective on life.

“I think that’s what we all kind of need. No matter what side of the fence you are on, I think it’s an important conversation we need to have these days. It’s just great entertaining programming at the end of the day that I’m really proud of.”