Daytime Emmys 2019 Nominations: 'Days of Our Lives' Tops the List of Nominees

The nominations for the Daytime Emmy Awards 2019 have arrived and fan favorites like Days of our Lives, General Hospital, and The Young and the Restless are leading the pack. Nominations were made public during Wednesday's broadcast of CBS's The Talk.

Are your favorite daytime stars among the nominees? We have the full list below for you to find out. Along with the many daytime dramas being honored, syndicated talk shows, game shows, and other series like Judge Judy and Jeopardy! are also in the list. David Michaels, senior vice president of NATAS, gives us all the scoop.

Judge Judy's Judith Sheindlin will be honored with a Lifetime Achievement Award during the May 2019 event. All of these shows, stars, and more are honored in the categories below. See who else made the cut by checking the list out. 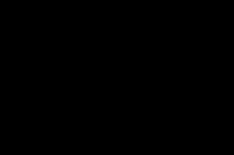 The longtime TV staple is being recognized for her contribution to the industry. The best kept secret in soaps is out! The actor on why he returned to to 'Y&R,' his first Daytime Emmy pre-nomination, and more. Family Feud
Jeopardy!
Let's Make a Deal
The Price Is Right
Who Wants to Be a Millionaire? She'll take over the show's fourth hour alongside Hoda Kotb.