Netflix has a new stalker on its hands.

The psychological thriller YOU is moving to the streamer for its second season after initially airing on Lifetime. The cable network renewed the freshman series, starring Gossip Girl‘s Penn Badgley, even before Season 1 premiered, but recently decided not to continue production, citing low ratings as an issue.

“Lifetime had an incredible experience working with Greg Berlanti, Sera Gamble and the entire team on YOU for Season 1,” the network said in a statement. “We wish the cast and crew the best as the series continues on at Netflix and can’t wait for the opportunity to work with the creative team again.”

The show is based on Caroline Kepnes’ novel and was developed by Sera Gamble and Greg Berlanti. It follows Joe Goldberg (Badgley), a brilliant bookstore manager, who meets and becomes obsessed with an aspiring NYC writer Beck (Elizabeth Lail).

In the Season 1 finale, the dysfunctional couple comes to blows (literally and figuratively) and [Spoiler Alert!] Joe ends up killing Beck and pinning it on someone else. Season 2 will follow Kepnes’ second novel, Hidden Bodies, in which Joe moves to Los Angeles.

This isn’t the first time Lifetime has lost a scripted series. UnREAL jumped ship for its fourth and final season, moving to Hulu instead. According to Deadline, Lifetime wants to focus on its original movie programming, which “has some of the highest-rated original cable movies of 2018.”

In 2019, the network is reportedly aiming for 75 original movies. 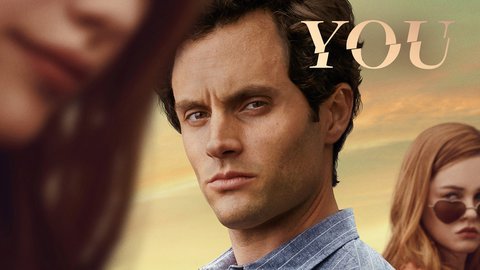