We asked the duo, parents to 3-year-old daughter Charlie, about rom-coms and real life.

Producers of a show she was working on [ABC’s October Road] were friends with my producers on Brothers & Sisters, and they introduced us at an ABC event. I’m sure she was very nervous to meet me.

What was your first impression of her?

I remember saying out loud, “Holy s–t, she’s beautiful.” She said, “You’re talking out loud. I can hear you,” then walked off.

Tell us the best part of being in a romantic comedy with your spouse.

The fact that we got to kiss, and she couldn’t get out of it. I tried to add a few more, but that pitch came up surprisingly empty.

And the worst part?

She could see how many cookies I was eating at crafty [craft services] every day.

What rom-com best describes your relationship?

Any one in which the female character is annoyed by the male character for 90 percent of the movie but ends up with him because she ultimately sees he literally cannot function without her, so she feels bad and stays with him. True love. This is Dave’s favorite story, and I hate to admit it, but I was kind of a fan.

What was your first impression of him?

A commercial came on for Brothers & Sisters featuring Dave’s face, and I was like, whoa. Heart eyes. Apparently, I’m into gingers.

Tell us the best part of being in a romantic comedy with your spouse.

Improvising with him was so much easier because I know all the buttons to push. We would roast each other any chance we could. I was nervous to spend so much time together, but we truly had the best time.

And the worst part?

I take back my last answer! Being together 24/7. He would try to hang out with me in my trailer during downtime, and I would kick him out. He’s a cuddler, I’m not.

What rom-com best describes your relationship?

Honestly, No Sleep ’Til Christmas does a pretty good job. When we read the script and saw that my character was annoyed with his character for most of the movie, we each thought, I don’t even need to act! 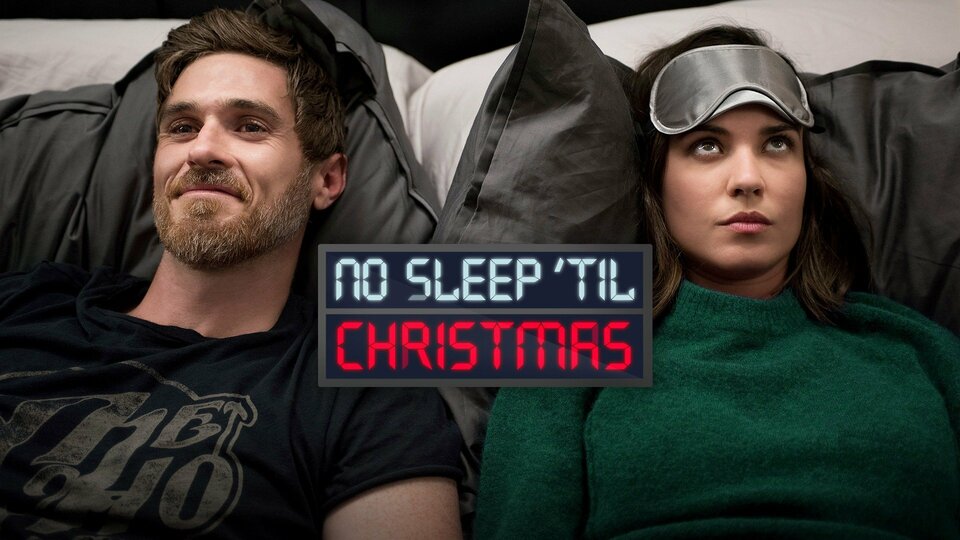 No Sleep 'Til Christmas where to stream

No Sleep 'Til Christmas