Roush Review: ‘Into the Badlands’ Is Too Much Kung Phooey

Jaws may drop as necks snap, bones crunch and bodies fly through the air, wielding those sharpened blades of fury with the lethal balletic grace of martial arts. There’s no question that AMC’s Into the Badlands has the choreography down in these elaborate and often gruesome dances of death.

But then they’ve got to go and ruin things by opening their mouths. “This world is built on blood. Nobody is innocent here,” narrates Badlands‘ wooden yet dexterous hero (Daniel Wu), whose very name—Sunny?—reveals an almost comical lack of imagination by storytellers who strive for primal conflict but settle for woefully hokey melodrama. This is a game of groans.

The hope evaporates quickly that Badlands might do for martial-arts action what its companion-piece breakthrough The Walking Dead achieves in the horror genre. Dead delivers extreme thrills on a scale that goes beyond zombie decapitations and the occasional human buffet. Its core heroes, hardened by the need to survive in a world unforgiving of weakness, achieved iconic status quickly. No wonder so many fans freak any time we witness a real or perceived death amid this company.

For all of the impressive whirling, gouging and slashing acrobatics on display in Badlands, the action often feels strangely inert. Whether badass male or kickass female, these combatants tend to be joyless, expressionless ciphers, solemn “cogs” if you will—which is the term for the slave caste in a post-apocalyptic America divided into warring feudal territories. (Note to the gun lobby: Firearms have been banished in this Western-chic dystopia, though swords prove just as deadly.)

Sunny is the top “clipper” (trained assassin) in the army of the ailing opium-king Baron, Quinn (Marton Csokas, overacting with a florid Southern accent worthy of a Mandingo movie), whose chief antagonist is the not-so-merry oil-rich Widow (Emily Beecham). She seems more like a stilted madam in her knee-high stiletto boots, so obviously made for killing.

The plot is loosely based on the Chinese classic Journey to the West, and maybe the show will pick up if/when Sunny acts on his desire to escape beyond his fiefdom’s borders. His sidekick: teenage “colt” M.K. (Aramis Knight), possessed of dark supernatural powers that erupt whenever he’s bloodied.

For now, however, these Badlands are a dramatic dead end, in desperate need of a kick. 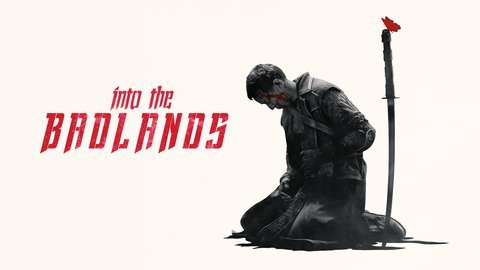