She Plays Sara Kingsley, the sarcastic former fling of restaurateur Jimmy Martino (John Stamos) who raised their son, Gerald (Josh Peck), as a single mother and is now helping raise Gerald’s 2-year-old daughter, Edie (played by twins Layla and Emelia Golfieri). “Mostly, I am just calling Jimmy on his s–t,” the actress explains. “So to be the woman turning to John Stamos and going, ‘Shut up!’ is hilarious to me.”

Where You’ve Seen Her Brewster spent six seasons as FBI special agent Emily Prentiss on the CBS procedural Criminal Minds and most recently starred in the sixth season of Community as Greendale consultant Frankie Dart. “After leaving Criminal Minds, I got offered roles for a lot of crying moms and FBI agents,” Brewster says. “But I really missed doing comedy—drama is hard and a little depressing. You’re looking at dead bodies all day!”

Why We Love Her Between Jimmy’s swinging-bachelor lifestyle and Gerald’s wide-eyed innocence, Sara grounds the show with a motherly warmth that’s enhanced by Brewster’s impeccable comedic timing. “Paget rides this amazing line where seemingly everyone knows her and loves her while thinking she’s underappreciated,” creator Daniel Chun says. “It’s like some sort of Jedi mind trick, but it’s not a trick. It’s just her jaw-dropping talent.”

Parental Advisory Brewster doesn’t have children, so she quickly had to adjust to the unpredictable temperaments of her young costars—using “jelly beans, stickers and tickling” as ways to prevent major meltdowns on set. The twins have also started to pick up on certain words, which is forcing the adult actors to watch their language. “But we can’t have a swear jar on set because there goes all that Full House residual money for Stamos,” Brewster notes with a laugh. “When the girls get older, he’s going to be in trouble.” 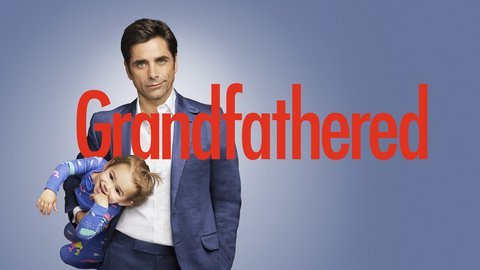