The Final Season of ‘Da Vinci’s Demons’ Asks: Can Leo Outsmart Himself?

It’s a mother of a problem. The third and final season of Da Vinci’s Demons kicks off with Ottoman warships about to attack the city of Otranto—just the first step in the Islamic empire’s grand plans to conquer all of Italy. The great Leonardo da Vinci (Tom Riley) is among those leading the Otranto resistance, and he’s relying on his new badass invention—a four-pronged master-blaster cannon—to cripple the invading vessels.

Da Vinci’s key target is the lead Ottoman ship, which carries Bayezid (Akin Gazi), son of the Sultan. But just as Da Vinci lights the fuse on his WMD, he learns that his mother, the soothsayer Caterina (Sasha Behar), is being held prisoner aboard Bayezid’s ship. Does he have the guts to blow his mommy sky high in order to save his beloved homeland?

“It’s a shocking predicament and Leo will make a shocking decision,” hints Riley. “What he does will ripple throughout the remainder of the series, causing gigantic consequences for all the major characters.” But this mama drama is merely the beginning of Da Vinci’s worst nightmare. He soon realizes that the Ottomans possess gigantic war machines capable of mass genocide—and these weapons have been built using Da Vinci’s own secret blueprints! How the hell did this happen?

“For two seasons, we’ve painted ourselves into a corner by presenting Leo as always being the smartest man in the room—and that made him very difficult to take down,” Riley notes. “Now he’s coming face to face with his own deadly innovations. To get out of this mess, he’ll have to outsmart himself.”

Riley admits that shooting the highly physical Demons has been “grueling and unforgiving, and there were days when the entire cast hated each other.” Now, he adds with a laugh, “all is forgiven. We’re very proud of the show. And I never could have predicted the surprising way we wrap it up!” 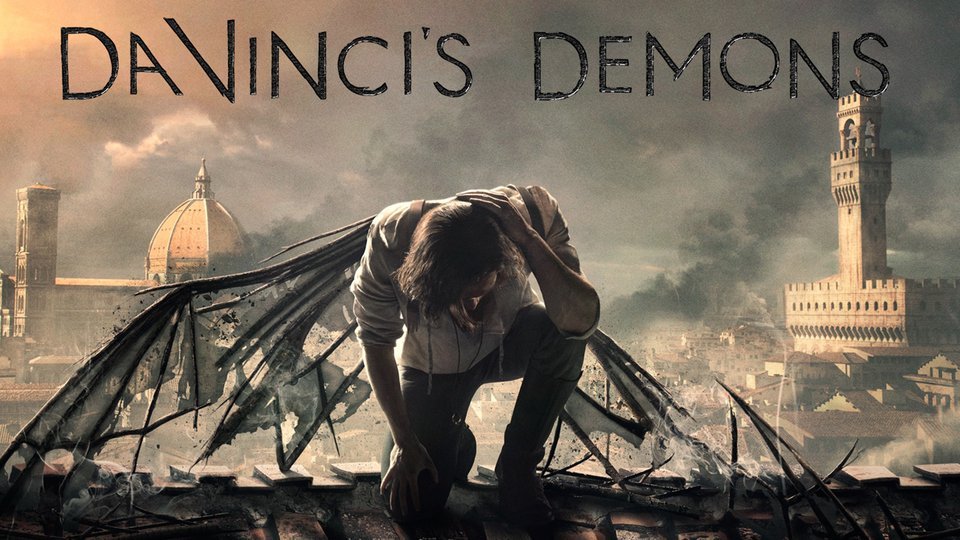 Da Vinci's Demons where to stream