But he’s not going out without a fight. Literally. In the series closer, aging brawler Alvey (Frank Grillo, above) steps back into the ring one last time. “Frank trains every day for three hours, no matter what’s going on,” Balasco says of Grillo’s arduous work for “the epic” finale sequence. “He was in great shape. It was pretty phenomenal.” Don't Call It a Comeback! 'Kingdom' EP Resets the MMA Drama for Its Final Season

Time has passed, but the Kulina family is just as damaged...and we love it.

In addition to the final brawl, Alvey and the entire Navy St. squad will be dealing with a gut-punch of another kind as they face a sudden tragedy that could have actually fueled a fourth season. “I’m not going to lie—there’s more story to tell,” says Balasco, who is nevertheless happy to be wrapping Kingdom on his own terms. “We’re going out really proud, and ­hopefully for years to come, people will get to discover the show.” 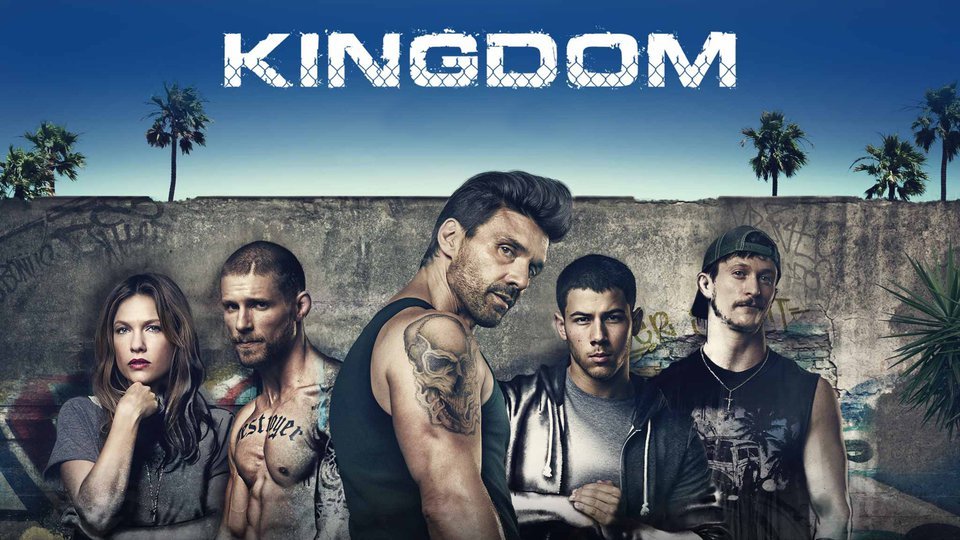 Kingdom where to stream