The only thing Alex Anfanger and Dan Schimpf, the minds behind Big Time in Hollywood, FL, have in common with the characters they’ve created is that they, too, were once just wannabe filmmakers. Where they diverge is that brothers Ben (Lenny Jacobson) and Jack (Anfanger) are delusional, entitled, talentless brats in Big Time, while actor Anfanger and director Schimpf have managed to make it to the Actual Big Time in Hollywood, CA. The creative partners shared the story of their success with us in advance of tonight’s premiere (10:30/9:30c, Comedy Central).

How did you guys go from doing a web series to getting a show on Comedy Central, with Ben Stiller as an executive producer?

Anfanger: Dan and I had just graduated from NYU, where we were roommates. I was auditioning for so many things I just didn’t like, and missed collaborating and writing with Dan, so we ended up making this web series called Next Time on Lonny that allowed me to play all these really crazy characters, and allowed Dan to direct a lot of different styles through this really vapid character, a reality star named Lonny. Our manager sent Lonny to someone at Ben Stiller’s production company, Red Hour, and they shared it with him.
Schimpf: Also, Alex and I had been living in New York for a long time, so we were like, “Okay, let’s try Los Angeles.” And I swear, the day we were moving in, unloading the furniture off the truck, we got an e-mail from Red Hour that was like, “Ben really likes Lonny. He wants to call you today.”
Anfanger: I think he just liked our sensibility, and that eventually led him wanting to produce Big Time with us.

And then you took Big Time to Comedy Central.

Schimpf: Comedy Central was interested because they’d never done a narrative comedy series before, and that was very much the idea for what Big Time was. Kent Alterman, the head of development, was both equally terrified and excited by the idea behind it, which is how we’ve always felt about it.

Why set it in Florida?

Schimpf: Initially we had them living in Burbank, but we realized we didn’t want it to become a story about being inside Hollywood—that wasn’t as fun an idea. So then we stumbled upon the obvious joke, which is that these guys are forced to live in the wrong Hollywood. They’re both figuratively and geographically as far from real Hollywood as possible. And Alex and I really liked the way Florida can feel like a million different places in one: We go to Miami once or twice in the show, which has a Miami Vice vibe. And then, obviously, there’s the pun on the name. You get who these guys are just by the name. Also my grandparents, I visit them every year, they live right around Hollywood, Florida, so I know that area. It’s sort of ingrained in my head to some extent.
Alnfanger: We have drug lords that come into it in Miami, so we needed that bright element, because there’s so much violent comedy.
Schimpf: Yeah, that black comedy. The way we shot it and thought about it makes it feel a little safer for people to laugh at. Especially later on, some of the things we do get a little out of control.

Ben and Jack are terrible filmmakers, but the series shows us both the great-looking, cinematic version of what they’re making, and the real, ramshackle one. How do you decide how bad to make the real version?

Schimpf: Honestly, I try to put myself back in the mindset of when I was in fifth or sixth grade making movies at home, trying to remember what those looked and felt like. That’s where I put Ben and Jack’s ability—they never felt the need to better themselves.

And you have to do some seriously bad acting, Alex.

Anfanger: It comes very naturally to me. [Laughs] It’s the most fun. Terrible s— is my favorite thing in the world. I think back, too, to what it was like when I was in, like, sixth grade and shooting little videos. You’re so excited you can’t stop looking in the camera. That’s the foundation for horrible acting: You do the scene, but throughout, you get so excited you keep looking at the lens.

Do you guys watch a lot of TV now?

Anfanger: I do.
Schimpf: The past year and a half has been tough, but now that we have a little time off and the show’s done, yeah. Alex and I mostly watch dramas. We’ll watch some comedies—
Anfanger: I’ve been watching a lot of comedies recently, actually.
Schimpf: Well then. For me, there are exceptions like Arrested Development and Eastbound and Down, but the stuff I’ve watched is, like, Breaking Bad or Homeland.
Anfanger: I love The Comeback. It’s such a great show, and it’s doing its own version of a serialized comedy. We also do watch a lot of the Comedy Central shows. Broad City, Nathan for You…
Schimpf: Dramas, though, informed the way we wanted to write the show. In a lot of ways, dramas get to have more fun in storytelling right now. They get to create these big arcs and introduce all these fun characters and these crazy plotlines. Whereas comedies, I feel, are a little more restricted in that regard. So that was one of the more exciting things for me and Alex when we were pitching and writing the show—we wanted to treat it like we were writing a drama, but all the characters are a little off and the world is a little crazy. 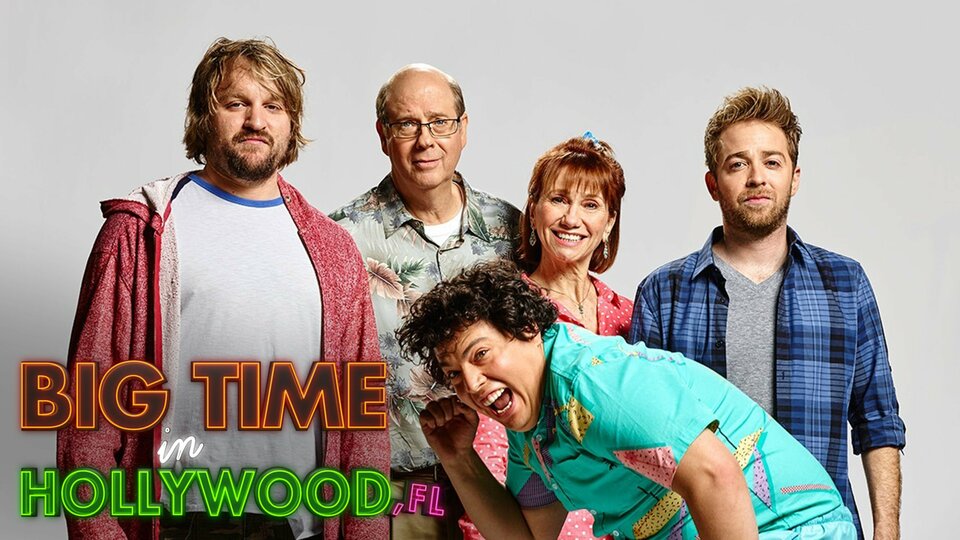