Life Lessons: How the Oprah-Starring ‘Immortal Life of Henrietta Lacks’ Found a Life on the Small Screen

Her death was both a tragedy and a miracle. HBO’s The Immortal Life of Henrietta Lacks—based on the best-selling book and starring and executive produced by Oprah Winfrey—tracks the true story of medical marvel Henrietta Lacks, a poor African-American tobacco farmer and mother of five who succumbed to cervical cancer in 1951 but ultimately saved the lives of hundreds of thousands of people. Lacks’s extremely rare cells, taken from her cancerous tumor, are known to scientists as “immortal,” meaning they can live and rapidly reproduce outside the body and are thus invaluable to medical research. And they remain so to this day.

But here’s the hitch: Even though Lacks’s cells have led directly to the development of the polio vaccine, in vitro fertilization, gene mapping and chemotherapy—and have resulted in billions of dollars in medical profit—they were harvested without her permission or knowledge. Her family didn’t even know about it until 1975.

“This is an epic saga of science and exploitation and violation,” says the film’s director, George C. Wolfe. “But it’s also a very intimate story about what the life of Henrietta means to one very unique human being.” That would be Henrietta’s deeply paranoid youngest daughter, Deborah (Winfrey), who worked—sometimes begrudgingly—with science journalist Rebecca Skloot (Rose Byrne) to research her mother’s life. The result was a publishing phenom. The Immortal Life of Henrietta Lacks hit in 2010 and spent nearly six years on the bestseller lists. Winfrey won the film rights in a frenzied bidding war, but was unsure about playing Deborah because she couldn’t connect with the woman’s fear-based rage and constant mood swings. Is Oprah Leaving 'Greenleaf'? Winfrey and Her Costars Discuss What's Next on Season 2 of the OWN Family Drama

Lynn Whitfield, Merle Dandridge and Oprah Winfrey sit down with TV Guide Magazine to talk about Season 1's explosive finale and what to expect in Greenleaf's second season.

“I completely related to every other character I have played,” Winfrey says. “Sofia in The Color Purple was my girl. I knew women like Gloria in The Butler and Annie Lee Cooper in Selma. They were my aunts, my cousins, my grandmothers. But I did not know Deborah. And that absolutely terrified me.”

A victim of physical and sexual abuse, Deborah showed signs of manic depression but was never formally diagnosed as such. “I’ve never had a day of therapy…well, except for every day of The Oprah Winfrey Show,” Winfrey says. “I’m not a person who lives in a space of anger, like Deborah did.” Wolfe, a revered Broadway vet, found the best way to deal with Winfrey’s insecurity was to simply dismiss it. “I told her she didn’t have time to be scared,” the director says with a laugh. “We had way too much work to do and too big a story to tell.”

That story, as it turns out, is just as much about Skloot as it is about Deborah’s deep need to know her mother. “Rebecca fought a major battle to get Henrietta’s life on paper,” Byrne says. “Here’s this young, naive white woman trying to navigate through all the cultural and racial complexities of a black family that had been treated so badly—and without proper compensation—by the medical industry. The family was uncomfortable and suspicious. Deborah was often difficult. The project could have collapsed any number of times.” Plus, 'Superior Donuts,' 'Blacklist' and 'Murder'

Hamilton Tony winner Renée Elise Goldsberry, who plays Henrietta in flashbacks, says she fully understands the Lacks clan’s reluctance to look back. “We African-Americans need to become much better at telling our stories,” Goldsberry admits. “We’re always trying to live in the moment, avoiding the painful past. It takes a lot of bravery to know the truth. But just like with Alex Haley’s Roots, the work done by Deborah and Rebecca can take us beyond the pain. It’s healing and it’s unifying.”

Alas, Deborah died of a heart attack just months before the book came out. “The saddest thing for me is that she’s not here to see what’s happened, because this is her crowning victory,” Winfrey says. “But I believe, on the spiritual plane, that Deborah had done what she came here to do. Her soul’s mission was to make sure her mother’s story was told to the world.” 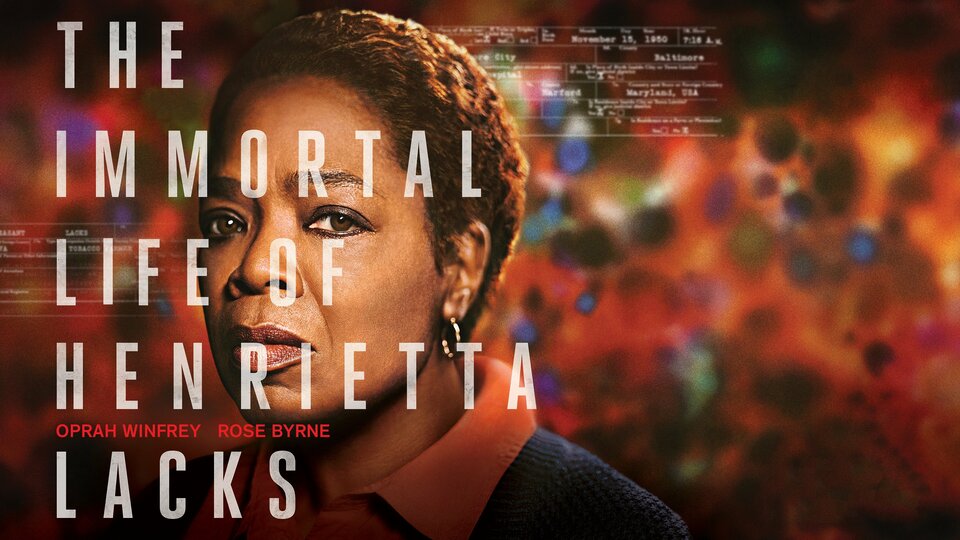 The Immortal Life of Henrietta Lacks where to stream

The Immortal Life of Henrietta Lacks