Hudgens plays Emily Locke, a go-getter who lands a job at Wayne Security—owned by Bruce Wayne, aka Batman—as the head of research and development for a jaded team devised to keep the populace of Charm City safe from superdamage. All the while, she must contend with her bullish, bottom-line-focused boss, Del (Alan Tudyk). “He doesn’t want to work or make a difference,” explains Hudgens. “They have a hard time seeing eye to eye.”

RELATED: Chyler Leigh on How Alex&#039;s Coming Out on Supergirl Has Inspired Thousands

Some lesser-known DC characters will appear in the series (Hudgens teases that we will see cult favorites Crimson Fox and Jack O’Lantern), but the actress says Powerless is not merely driven by superhero antics. “It’s definitely a workplace comedy. We’ll be getting doughnuts, and something will get blown up. That’s just the world of Charm City.” 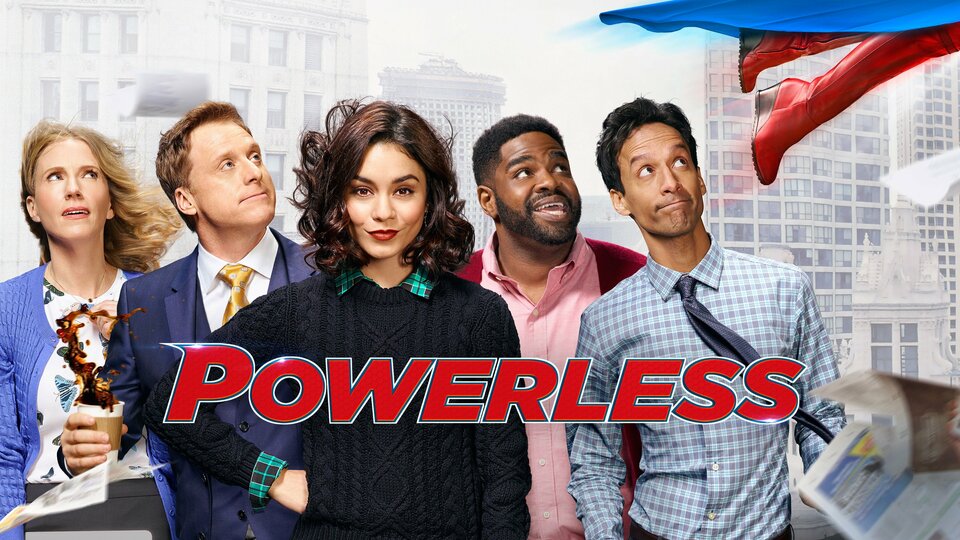