‘Fleishman Is In Trouble’: Life, Marriage & So Much More in Star-Studded Trailer (VIDEO) 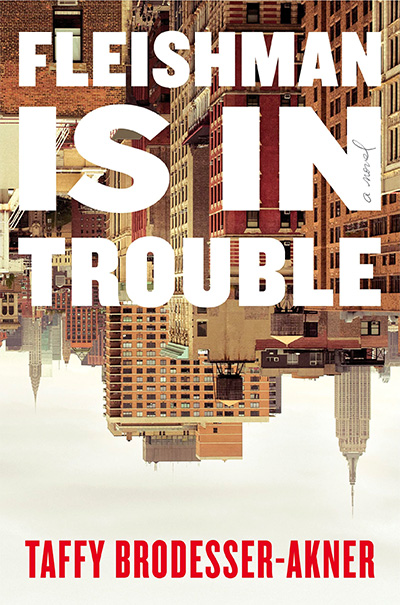 Following the announcement of a premiere date, FX has finally released a new trailer for its upcoming series Fleishman Is In Trouble, starring Jesse Eisenberg as the titular Toby Fleishman.

In the footage above, we get a glimpse into the titular Fleishman’s life as a newly divorced man and his dive into online dating. Apparently, he’s having the romantic success he never had in his youth “before he got married at the tail end of medical school,” according to an official synopsis.

“But just at the start of his first summer of sexual freedom, his ex-wife, Rachel (Claire Danes), disappears, leaving him with 11-year-old Hannah (Meara Mahoney Gross) and 9-year-old Solly (Maxim Swinton) and no hint of where she is or whether she plans to return.”

Now Toby has to balance parenting, the return of his old friends Libby (Lizzy Caplan) and Seth (Adam Brody), a potential promotion at the hospital, and “all the eligible women that Manhattan has to offer.” He soon realizes he needs closure on what happened to Rachel and what broke up their marriage in the first place.

Based on The New York Times bestseller of the same name, the official description of the show states the series is “about life. And marriage. And so much more,” and that much is proven from the footage above, which also showcases the life of Rachel and those within Toby’s stratosphere. The eight-episode series was created for television by Taffy Brodesser-Akner, and adapted from her acclaimed novel. Fleishman Is In Trouble is executive produced alongside Sarah Timberman, Carl Beverly, and Susannah Grant. Valerie Faris & Jonathan Dayton (Little Miss Sunshine, Battle of the Sexes) also executive produce and direct multiple episodes across the show.