Ron Masak, a character actor best known for his recurring role as Sheriff Mort Metzger in Murder, She Wrote, has died. He was 86.

According to a Facebook post from his daughter, he passed away on Thursday, October 20, surrounded by his wife and six children. Masak’s passing comes just nine days after Murder, She Wrote lead star Angela Lansbury died at age 96.

Born on July 1, 1936, in Chicago, Illinois, Masak began his career as a stage performer before making the transition to film and television. He served in the Army, where he displayed his all-around talents for performing, writing, and directing, and in 1960-61, toured the world doing vocal impressions in the all-Army show titled Rolling Along.

Masak appeared in several classic TV shows, including The Twilight Zone, The Flying Nun, The Monkees, and Diff’rent Strokes. However, he is most remembered for his time on Murder, She Wrote as the Cadillac convertible-driving Sheriff Mort Metzger — he also played two other characters in the series, Lt. Lyle Meyer in “Footnote to Murder” and Marty Giles in “No Accounting for Murder.

Throughout the 1980s and 90s, Masak became known as “The King of Commercials” for his many commercials, including voice-over work, most memorably for a Vlasic pickles ad. 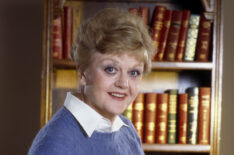 “Most importantly, we will remember him as a husband, a Father, a Papa, a Father in Law, and a great friend. He has touched so many lives and will be greatly missed,” his daughter wrote.