‘Dancing With the Stars’: Joseph Baena Promises ‘I’ll Be Back’ for Finale After Elimination

Prom isn’t always a great experience for everyone as fitness model/actor Joseph Baena and his pro partner Daniella Karagach found out on Dancing With the Stars.

The couple found themselves in the bottom two at the end of the high school-dance themed episode along with Heidi D’Amelio (The D’Amelio Show, Hulu) and pro dancer Artem Chigvintsev. Alas, Carrie Ann Inaba was the lone judge who wanted Baena to remain in the competition.

TV Insider chatted with the ejected duo to get their thoughts on leaving what is turning out to be one of the series’ most highly competitive seasons.

This was a shock. How do you feel about being eliminated after this week’s performances?

Joseph Baena: It was a shock to be in the bottom two. It was the first time we were there and then, to be eliminated was even more shocking after we had gotten our best score on Monday and our second-best score tonight. Everyone’s a fierce competitor this season. I’m just glad I had this experience…

Daniella Karagach: I couldn’t be more proud than I am of Joseph. I took someone who had no dance experience and wasn’t light on his feet and I feel like I turned him into a pro ballroom dancer in four weeks. Five weeks. Well, three. (Editor’s note: Karagach missed two weeks working with Baena due to COVID.) 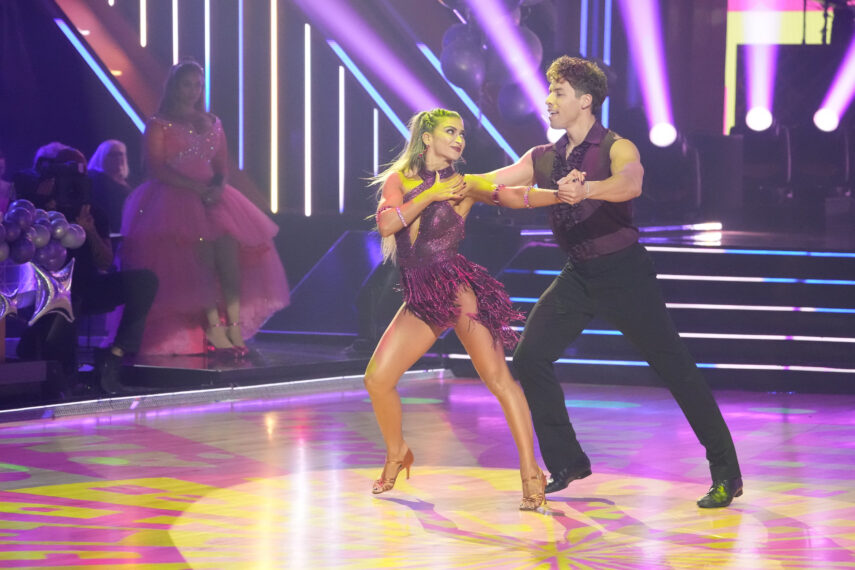 Daniella, do you feel this is one of the show’s more competitive seasons?

Karagach: For sure. I think everyone is doing such a fantastic job. I feel like everyone is working so hard. Every season there are a bunch of people who have dance experience and training. People who have that this season are extraordinary. The talent is ridiculous. I have no idea who’s going to win or even make the finales. Everyone is working so hard. We had four dances to learn this week. That’s huge. I feel we did a great job considering the circumstances.

Joseph, people have gotten to know you not only through your dances but through the pre-dance video packages. What would you like to do with this newfound popularity?

Baena: My dream since I was a kid has been to be a movie star. I’ve loved movies and films and I want to purse making great films. I’ve had other projects and passions but movies and acting? That’s my No. 1. It’s what I’ve been focusing on. I’ve done my first films the last few years. I have more coming up that I’m really excited about. You’re leaving but couples almost always return for one last dance; will we see you for the finale?

Baena: I’ll be back!