The Never Game, the CBS drama with a pilot order, has just gained a new cast member — one with multiple Oscar and Emmy nominations to her name. Mary McDonnell will join the series, marking her first return to a series regular role since Major Crimes ended in 2018.

The series is based on the novel of the same name by prolific crime writer Jeffery Deaver. It follows survivalist Colter Shaw (Justin Hartley) as he travels America in a trailer, making money by helping families recover lost loved ones and valuables. He learned his expert tracking skills from his paranoid father, who has since mysteriously passed away. McDonnell will play his mother, Mary Dove Shaw, who, according to Deadline, is a “solid, strong, and uncompromising mother, who raised her three children on the remote California compound where her husband took them before his mysterious death. She still lives there, self-reliant and upright, the emotional center of Colter’s restless life — and the key to the secrets of his past.” 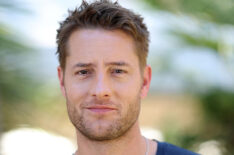 Sounds like Colter is running away from something, and his mother might hold the answers to the mystery. Either way, it’s a mystery within multiple mysteries, which should make for compelling drama.

The series production was originally pushed back to accommodate Hartley’s This Is Us shooting schedule, but only time will tell when the show could make its television debut.

McDonnell is known for her Oscar-nominated performances in Dances with Wolves and Passion Fish, as well as her Emmy-nominated roles on The Closer and ER. She can also be seen in the upcoming Netflix limited series, The Fall of the House of Usher.