“I’ve missed playing this character,” says Kelly Reilly, stepping away from shooting a scene as human tornado Beth Dutton early in Yellowstone’s upcoming fifth season to phone TV Guide Magazine from the Montana set. Fans last saw the biz-whiz — a brash, badass daughter who’ll do anything to help her rich cattleman father, John (Kevin Costner), keep their massive ranch — in the neo-Western’s record-setting January finale. But Reilly hasn’t worn Beth’s boots since the cast wrapped filming on that episode in 2020. “I’m so excited to be back,” she says, marveling that there’s still snow on the mountains in the Bitterroot Valley in May. Rest assured, things are about to heat up. 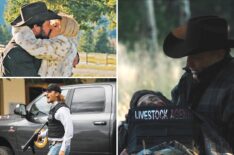 'Yellowstone': Our 20 Favorite Episodes of the Hit Western Drama

The British actress has read the first six scripts of what will be the longest season yet of Paramount Network’s runaway hit: 14 episodes, split into two parts, premiering November 13. “Beth is going into this feeling pretty good about everything,” Reilly hints. “She’s confident that things are going to be looked after better.”

One reason for the optimism: Beth now has her adoptive brother Jamie (Wes Bentley), the acting attorney general, under her thumb. In the Season 4 finale, she cornered him into shooting his biological dad, who’d ordered a hit on the Duttons, and then she snapped a photo of him dumping the body. “There’s a bit of the early dynamic coming back into the show, of them having to work together,” Reilly reveals. “[Beth and John] are using Jamie to put things through that they wouldn’t be able to do. They need him working for the family. It’s like working for the mob.” 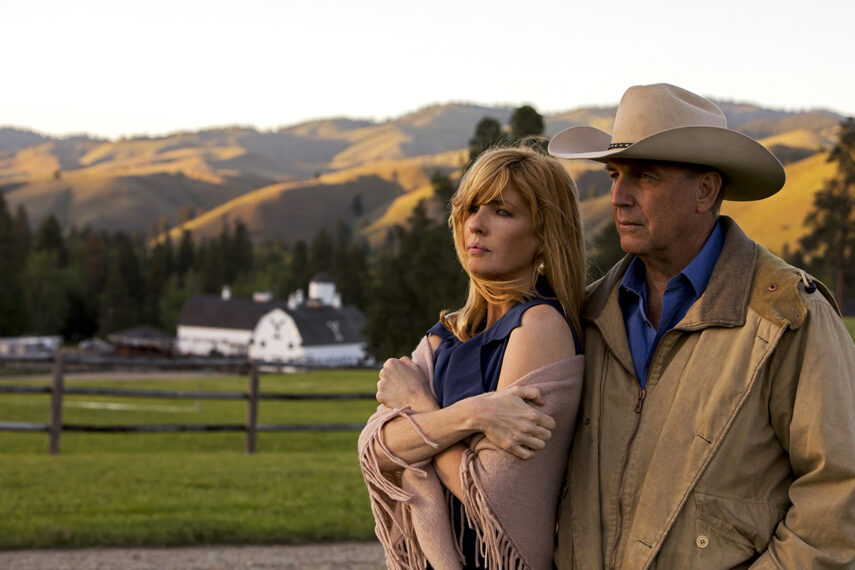 Or, perhaps, for the next governor of Montana? Whether the skeletons in the Duttons’ closet affect John’s run for the office, we’ll have to wait to see. The family has killed and lied to keep their ranch from aggressive land grabbers and developers. And they really piss off their enemies (those who stay alive). Last season, Market Equities’ CEO Caroline Warner (Jacki Weaver) promised Beth that she’d build a restroom where the ranch house now stands and send her to jail.

“Caroline is back,” Reilly confirms of Beth’s formidable former boss. “And she’s got friends. They understand what [the Duttons] are doing and they’re not going to take it lightly.” Luckily, Beth and John have loyal and lethal ranch foreman Rip Wheeler (Cole Hauser) in their corner. Beth married her longtime love in the season finale, dashing to the ranch and kidnapping a priest along the way, while wearing the slinky gold dress she’d donned to threaten a man in prison. Fifteen million viewers are still talking about the chain-mail eyepopper, which Reilly found online herself. “I was like, ‘What’s the most gangster-moll dress I can have?’” she says with a laugh. She got cold feet about being able to “pull this off” at the fitting and called show cocreator Taylor Sheridan to pitch an alternative: “ ‘Taylor, wouldn’t it be nice if she runs home, goes into her father’s closet and puts on her mother’s wedding dress?’ He went, ‘Nah.’ And I got it: Beth doesn’t give a f— what people think of her. She makes me a braver actor.”

As Season 5 opens, Beth and Rip are enjoying their union. “They’re in a beautiful, solid place,” Reilly says. “There’s something magical for her that this is now, finally, her husband, her person forever. Marriage for her is a wonderful thing. Has it tamed her? No.” It also hasn’t made her any more likely to let orphan Carter (Finn Little), the wayward kid staying with them, call her “mama.” Quips Reilly, “That’s opening a Pandora’s box.”

This is an abbreviated version of TV Guide Magazine’s latest cover story with Kelly Reilly. For more on Yellowstone Season 5, pick up the issue, on newsstands Thursday, June 9, and be sure to pick up TVGM’s Yellowstone Special Collector’s Issue on newsstands now.