‘The Golden Girls’ Ended 30 Years Ago: Revisit the 10 Best Episodes

Ready to get back with your friends, your pals, your confidantes? May 9 marks 30 years since NBC’s The Golden Girls ended its Emmy-winning, seven-season run, so it’s high time to revisit the gals. (Series finales are notoriously tricky, but as you’ll see below, The Golden Girls stuck its landing on May 9, 1992.)

The Emmy-winning sitcom centered on the eponymous friends — the sarcastic Dorothy (Bea Arthur); her mother, the straight-talking Sophia (Estelle Getty); the naïve Rose (Betty White); and the flirtatious Blanche (Rue McClanahan) — as they bickered and bonded in the Miami home they all shared.

Here are IMDb users’ picks for the best episodes of the series — with quotes from the users who love them. Read words of wisdom and witticisms from the beloved TV legend, who died at 99 on December 31.

As Blanche comes face to face with her previously dead, suddenly resurrected husband, Dorothy finds herself in a love triangle with singer Sonny Bono and actor Lyle Wagonner. “Battles over who will win Dorothy’s heart are hysterical,” an IMDB user writes. “A sweet twist shows the power of love that never dies and shows Blanche in a different, unselfish light.”

Too nervous to come out as gay, Blanche’s brother Clayton (Monte Markham) pretends he slept with Rose. An IMDB reviewer calls this installment “a really funny, brave episode that tackles the subject of homosexuality effortlessly and fearlessly.”

As she campaigns to save a tree in the neighborhood, Rose tells an unfriendly neighbor to “drop dead” … and the woman seemingly obeys that command . “[Guest star] Nan Martin is hysterical as the nasty Mrs. Claxton … who is the epitome of a misanthrope,” one fan says.

The gals reminisce about how they got to be roommates in the Season 1 finale, while Rose’s preposterous story about “The Great Herring War” has two of the Golden Girls stars breaking character. “[White] deadpans the whole thing while Bea Arthur and Rue McClanahan barely hold it together, then finally howl with laughter!” a viewer observes. “They really ended the first season on a very high note.”

Season 2, Episode 2: “Ladies of the Evening”

Dorothy, Rose, and Blanche are thrilled to be invited to a party with Burt Reynolds… but then they get mistaken for sex workers and thrown in jail. “This episode has some great laughs and hands down the best cameo of the series,” a fan says.

Clayton returns in what an IMDb reviewer calls an “outstanding episode,” and this time, he’s out and ready to plan a commitment ceremony with boyfriend Doug (Michael Ayr). “I’d do anything for Doug, and he’d bend over backwards for me,” Clayton says, as Dorothy keeps Sophia from making a wisecrack.

Seems like the LGBT-centric Golden Girls episodes are among the best! In this installment, which won an Emmy for directing, Dorothy’s lesbian friend Jean (Lois Nettleton) starts to fancy Rose. “I really liked — and, to be honest, was surprised at — how they handled homosexuality on this show,” one fan remarked. “I don’t expect much of it because it was filmed so long ago, but they did it amazingly.”

Speaking of Emmy winners, Estelle Getty took home a trophy for this episode, in which Sophia befriends Alvin (Joe Seneca), a man living with Alzheimer’s. “Golden Girls at their best,” a viewer raves. “Sophia’s story is heart-wrenching. I had tears in my eyes…”

Season 7, Episode 2: “The Case of the Libertine Belle”

After someone commits literal murder at a murder mystery weekend, the cops focus their attention on prime suspect Blanche Devereaux. “The writing, the acting, the plot, and the pacing of this episode are all flawless,” a fan writes on IMDb. “And there is the added bonus of Tony Plana, cast as a police detective.”

Yes, the two-part Golden Girls series finale is the show’s best-rated episode on IMDb. Leslie Nielsen guest-stars as Blanche’s uncle, Lucas, whom Blanche sets up with Dorothy. Lucas and Dorothy conspire to fool Blanche into thinking they’re getting married, but then they fall for one another and get married for real, and Dorothy bids her roommates farewell. “This episode had the perfect combination of laughter and tears,” says a fan. 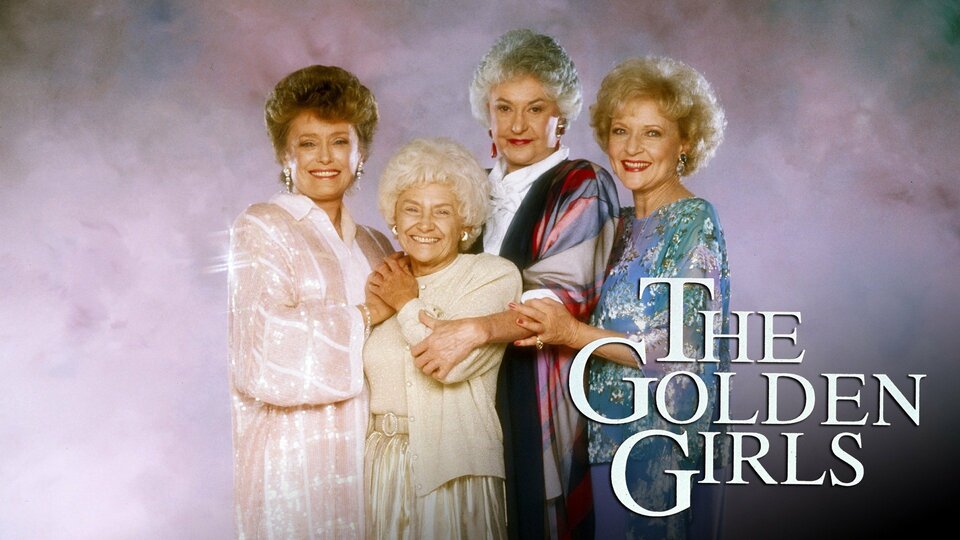